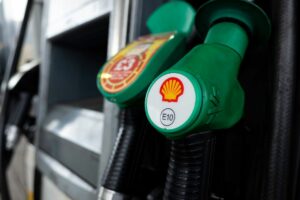 E10 petrol was introduced to forecourts in Northern Ireland earlier this month in a bid to decarbonise transport in the country. The greener fuel was previously rolled out onto forecourts in England, Scotland and Wales in September 2021.

E10 petrol is blended with up to 10 percent renewable ethanol and will help Northern Ireland to decarbonise transport, as it is greener than existing petrol.

The RAC estimate that around 150,000 Britons put the wrong type of fuel in their car every year.

This is approximately one person misfuelling every three minutes.

It is also estimated that as many as 600,000 older vehicles manufactured before 2011 and classic cars should not use E10 because they are not compatible.

Those motorists are encouraged to continue using E5 petrol, which will still be available in “super” grade at most, larger forecourts.

Before going to fill up, drivers should check the Government E10 checker website to ensure that their car is compatible with E10.

If drivers do accidentally fill up with the wrong fuel type, there are ways for the driver to escape without causing massive damage to their car.

A spokesperson for the Department for Transport said: “Simply fill up with E5 (‘97+ octane) petrol next time.

“Using a single tank of E10 petrol in a vehicle that is not compatible should not be a major problem.

“Just make sure you fill up with the correct E5 (‘97+ octane) petrol grade next time.

“Unlike putting petrol into a diesel engine, you shouldn’t need to drain the tank.”

If drivers have used the wrong fuel in their car, and they realise quickly enough, they should avoid starting the car.

The motorist should leave their engine switched off and avoid putting the key into the ignition.

Drivers should alert the staff at the petrol station, put the car in neutral and push the car to a safe place if they can.

They can then call breakdown cover to drain or flush the fuel system, with experts urging them to call their insurance provider as soon as possible.

If they have already started the engine after misfuelling, they should turn off the engine immediately if it is safe to do so and put the vehicle in neutral.

The spokesperson added: “E10 is typically produced through fermentation (the same process as producing alcohol).

“The term ‘synthetic fuels’ is used for a wide range of fuels (including e.g. hydrogen and other fuels produced from electricity).

“While there are also ‘synthetic biofuels’, their production includes additional processing steps, so the energy input is not at all comparable to the one required for producing the bioethanol that is used in E10.”

According to the RAC, specialists can even tow away the vehicle if the damage is too great, with the service usually costing around £290.