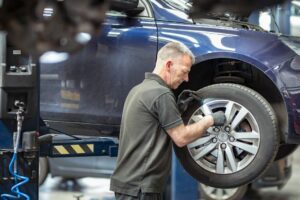 Martin Lewis reveals how to get a 'really cheap' MOT test

A recent study from eBay Motors Group found that one in five car buyers say the cost of living crisis will make them delay their next purchase. The rise in energy bills prompted nearly a quarter (23 percent) to say they will delay their next car purchase.

Just under a third of survey respondents say the rises will not affect them.

Other cost increases were found to have an impact on car buying decisions.

The National Insurance contribution increase will impact 17 percent of drivers who say they will delay their purchases.

Lawrence Whittaker, CEO of Warrantywise, is encouraging drivers to look at different options available to them to combat the cost of living crisis.

He said: “For many people their car can be the most expensive purchase they make after a house.

“Cars, vans and bikes are the backbone of how we get around, see friends and, for most people, get to and from work.

“With the cost of living proving to have a direct impact on consumers’ car purchasing choices, we urge drivers to look at warranty cover to protect their current and future investments.”

This is particularly true as cars are becoming increasingly complicated and expensive to fix.

Recent research from UK tyre manufacturing company Michelin also showed that tyres that are under-inflated by 20 percent will reduce the economy by around 20 percent.

This is because the lower the pressure, the more power is needed to move the car.

Mr Whittaker added: “With the cost of living increasing it’s about minimising risk and the potential impact of unexpected bills on a household.

“There’s nothing worse than a financed car off the road, meaning you’re paying for something you can’t use and have a potentially large bill on top.

“Our aim is to help people avoid having to worry about those unexpected moments.

“The report by eBay [Motors] shows that the cost of living is making motorists carefully consider their next car – either keeping their current vehicle, spending a little less or buying something smaller – and as such, they should look into a warranty, whichever way they decide.”

This comes as eight in 10 drivers would back a switch to two year MOT tests, as suggested by Boris Johnson and Grant Shapps.

Number 10 said the Prime Minister wanted to explore “innovative ways” to ease living costs, with proposals being sent to the Government’s domestic and economic strategy committee for further discussion.

According to the BBC, Mr Shapps wants to look into the possibility of extending renewal times to help drivers.

Around 69 percent of drivers believe their car would remain safe despite the longer gap.

Saving money appears to be less of a factor behind their thinking, mentioned by only 16 percent of those in favour, according to Startline Used Car Tracker.