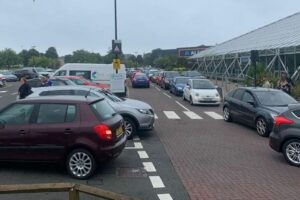 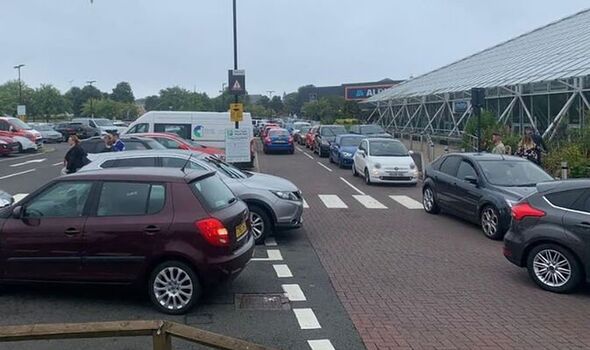 Elin Jones contacted Alliance Parking, which manages the car park, and asked whether she should expect a penalty.

She said: “I enquired about being fined for overstaying and they told me I would need to appeal and provide evidence for using the facilities, I asked if they could help with camera footage to show how long I was stuck there for and they said they were unable to do so.

“I was stuck not being able to move and it just showcases how badly designed their car park is, the new turning in entrance outside of Aldi does no benefit to anyone, it creates more traffic in the car park and it was gridlocked.”

Alliance states on signs that people can park for three hours for free unless making use of facilities offered by the retail park – venues can offer up to 12 hours of free parking for customers by taking down their car registration, reports Wales Online. 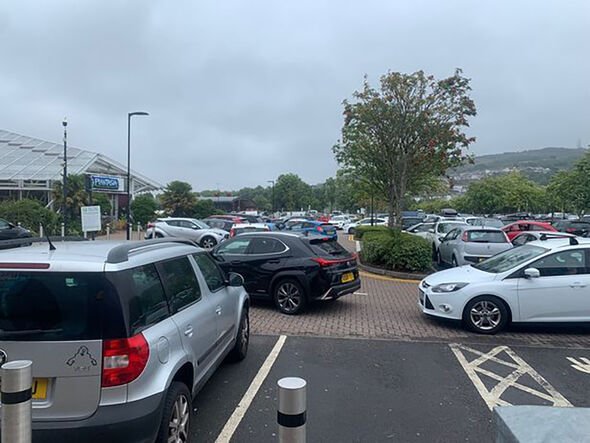 Nicky Thomas, who took a family trip to Ninja Warrior UK, spent an hour trying to exit the car park.

He said: “The car park was chaos. It took nearly an hour to get out, and it spoilt what was a nice trip to Ninja Warrior and Treatz. It’s ridiculous that the council has now got two entries and only one exit. Getting out of the car park has been an issue for many years and why they introduced another entrance I will never know. The situation will certainly make us think twice about visiting again.”

Mr Thomas said that while it was just a frustration for families like his, being stuck in a car for an hour could be more serious for those with health issues.

Parc Tawe management said that the retail park had become a victim of its own success, saying the priority was to benefit customers making use of the facilities located there.

As one of the few remaining areas for free parking in Swansea, managers said there were challenges shifting visitor behaviour away from using the site for a means of their own parking for the city centre. They said there were over 148 signs, and instructions and rules were clear that the car park was for users of the Parc Tawe facilities only.

They said they were considering switching to just two hours free parking to act as a deterrent. They also added that measures had been taken to alleviate the problems, with increased traffic light intervals, and that all bonafide users of the site would not be fined as long as they provided sufficient evidence.

Wales Online and Express.co.uk have approached Alliance Parking for comment.