Home » Car Reviews » Drivers May Not Care About Fuel Efficiency, But Investors Should

Drivers May Not Care About Fuel Efficiency, But Investors Should 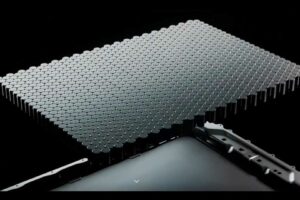 Most drivers understand the concept of fuel efficiency, expressed in miles per gallon (although very few base their purchasing decisions thereupon). But when it comes to the efficiency of electric vehicles, the picture is less clear. Most probably assume that an EV is more efficient than a gas-burner (which it is) and leave it at that.

Despite the daily drumbeat of disinformation emanating from the oil industry and its enablers, driving electric is unequivocally cleaner than driving fossil, and if you do most of your charging at home, it’s substantially cheaper. But this doesn’t mean that the efficiency of an EV doesn’t matter.

EVs produce no local emissions, but manufacturing them, and generating the electricity that runs them, do have environmental footprints. Electricity isn’t subject to the wild price swings that characterize the oil market, but it isn’t free. So, if you want to be green, and/or save money, you need to know how to compare the efficiency of different EV models.

The EPA rates EV efficiency in terms of miles per gallon equivalent (MPGe). This is a friendly figure for buyers who are familiar with the concept of miles per gallon, and it allows you to (sort of) compare the efficiency of an EV to that of a fossil vehicle. For example, a 2021 Tesla Model 3 Standard Range Plus has a combined MPGe of 142. However, a more meaningful figure is kilowatt-hours per mile, a direct measure of how much energy is used to drive a given distance.

EPA efficiency figures for most models sold in the US can be found at fueleconomy.gov. This is a valuable resource, but it doesn’t tell the whole story. The greenness and the true cost of any vehicle—EV, PHEV, hybrid or dinosaur-burner—depend on many factors, including the efficiency of a particular model, the region in which it operates, and the type of driving it’s used for. You can get a much more detailed picture at Carbon Counter, an online tool that allows you to compare the lifetime emissions and total cost of ownership of various models, and to plug in figures that reflect your personal situation.

Some automakers are more concerned about efficiency than others. Two that stand out are Hyundai, whose 2020 Ioniq Electric has the lowest emissions and the third-lowest lifetime cost of the models currently listed by Carbon Counter; and Tesla, whose 2020 Model 3 Standard Range Plus has just a whiff more emissions than the Hyundai. Larger and higher-performance vehicles are inevitably less efficient, but all of Tesla’s vehicles are among the most efficient in their respective classes. Audi and Jaguar lie at the other end of the efficiency spectrum—the e-tron and I-Pace are among the most expensive and highest-emission plug-in models you can buy.

Obviously, consumers ought to use these tools to evaluate the relative efficiency of available models, and make their decisions accordingly—but will they? Of course not. Surveys consistently show that only a small fraction of car buyers consider environmental responsibility or operating costs. Consumers buy cars that are currently perceived as cool, and coolness correlates strongly with size and performance.

However, those who invest in automakers, as opposed to autos, have different priorities. Savvy stock market investors care about profits, not prestige, and as automakers electrify, they may find that more efficient models are more profitable. Stephen Wilmot, writing in the Wall Street Journal, argues that, generally speaking, more efficient EVs cost less to manufacture, and thus should deliver higher margins.

Wilmot notes that small EVs rank high in efficiency ratings, while Rivian’s R1T electric pickup truck is at the bottom. No surprise here—pickups are heavy and have poor aerodynamics. They’ve always been gas-guzzlers, and upcoming pickup trucks from Ford and GM will surely be electron-eaters.

This has no effect on consumer preferences—in the US, pickups consistently outsell every other segment (some have called the Ford F-150 the most popular consumer product in history). However, from an automaker’s standpoint, there’s a big financial difference between a gas pickup and an electric pickup. “The difference between a gas-guzzler and its electric counterpart is that the manufacturer bears part of the cost of EV inefficiency upfront through battery purchases, rather than leaving the consumer to shoulder it all at the pump,” writes Wilmot.

In order to deliver the generous range that buyers want, automakers need to equip EVs with large battery packs, and batteries are expensive. They’re also heavy, so the weight/range dynamic is a self-reinforcing one. “It is a feedback loop: If you have an efficient vehicle, you need fewer batteries, which in turn makes it more efficient,” Arne Brethouwer of EV Database told the WSJ.

In other words, the less efficient your vehicle is, the more expensive, heavy batteries you’re going to have to install in order to deliver the desired range. This means higher manufacturing costs and lower margins. Tesla’s relentless focus on efficiency may well be one of the reasons for its envied double-digit margins. As Wilmot points out, Teslas deliver more range per kilowatt-hour than other brands, and this is due not only to the company’s superior battery technology, but also to energy-saving innovations in climate control, body design and other areas.

Legacy automakers’ formidable financial resources will allow them to sell EVs at low margins, or even at a loss, for a while. But as EVs make up an ever-larger part of their sales, this can’t last—they will be forced to bring down battery costs, and thus to improve efficiency. Those that succeed in doing so will have a competitive advantage.

“In the EV age, fuel efficiency is cost efficiency too,” Wilmot concludes. “Investors would be wise to pay attention to it, even if consumers don’t.”