Drivers may be fined £5,000 & invalidate car insurance by making one mistake on UK holiday 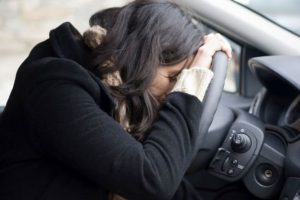 Drivers may face heavy fines and penalty points if they are distracted behind the wheel of a vehicle by a dog or cat. Analysis from insurance specialists Caravan Guyard warns millions of drivers are unknowingly breaking simple driving laws which could backfire.

One in ten pet owners say they have alllowed their pets to ride shotgun or with their heads hanging out of a car window.

This is against rule 57 of the HIghways Code and may lead to road users being issued heavy penalties.

Drivers could be fined up to £5,000 for disobeying the rule and issued nine penalty points in a major blow.

However, despite the risk, data from Confused.com has revealed that one in four road users will be taking their pets on a staycation holiday.

READ MORE: Driving with a dog in the front seat could invalidate your policy 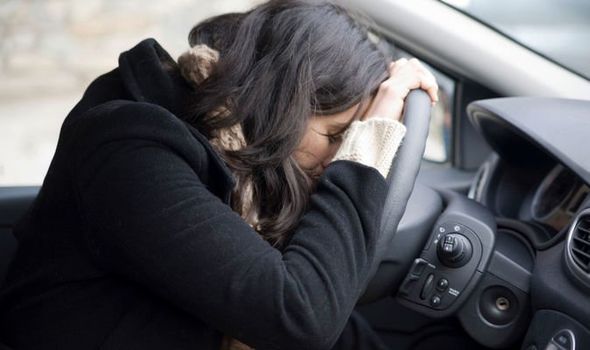 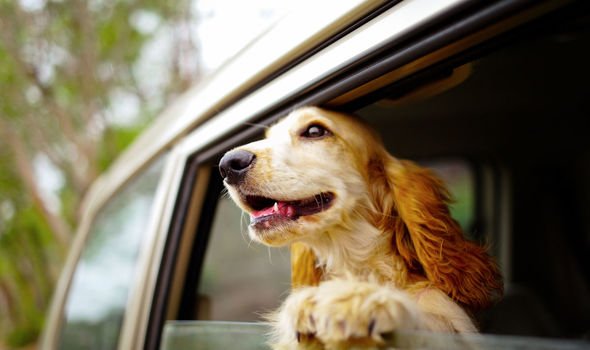 But despite this, more than a third of road users have no intention to restrain their pets properly.

While driving with an unrestrained pet is not against the law it could increase the risk of road users being charged with dangerous driving.

Even if a loose animal was not the reason for you to drive dangerously, many insurers are likely to blame the animal and invalidate your agreement.

Almost one in five road users have admitted to being stung with a fine because their pet was loose in the car.

Alex Kindred, car insurance expert at Confused.com said it was “important” that animals were properly restrained on a journey.

They warned hotter weather temperature and long journeys could leave animals feeling “distressed” while inside a car.

He said: “Staycations are giving us Brits the perfect opportunity to get away this year, and for some this means enjoying a nice break with our pets.

“But it’s important that animals are properly restrained while travelling otherwise you can run the risk of invalidating your insurance or being slapped with a hefty fine.

“The glorious weather coupled with longer journeys could leave pets feeling distressed, putting not only them at risk, but other road users too.”

According to GoCompare, smaller animals should be placed in a cage or in small carriers which can be placed in passenger footwells.

Meanwhile larger dogs should always wear a harness or belt which clips into any existing seat belt fixtures.

Forgetting to restrain an animal is not the only way road users could risk being hit with penalties. 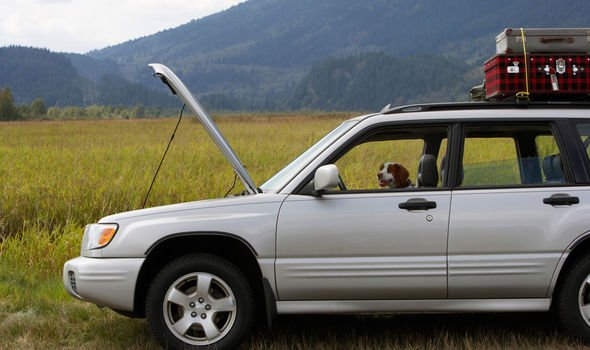 Section 56 of the Highway Code warns road users should not let a dog out on the side of a road on its own and should keep it on a short lead at all times.

Removing your pet due to a car breakdown could see road users incur penalties of up to £2,500 and six penalty points on a driving licence.

Instead, road users should leave their pets inside a vehicle as they are less likely to distract other drivers.

Liz Harrison, spokesperson at Caravan Guard warned the distraction pets can cause could be “catastrophic” when travelling at high speeds.

She warned road users needed to take “extra precautions” when they decide to go on holiday with their animals to avoid any consequences.

She said: “If you’re unfortunate enough to break down make sure you think twice before taking your pet out of the vehicle as it’s not always the safest thing for you, them and other motorists.

“The distraction that animals can cause could be catastrophic when motorists are going at high speeds, so it’s important to take extra precautions when holidaying with pets.

“This includes making sure you have a suitable restraint, such as a harness, pet carrier or cage.”