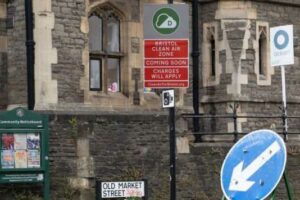 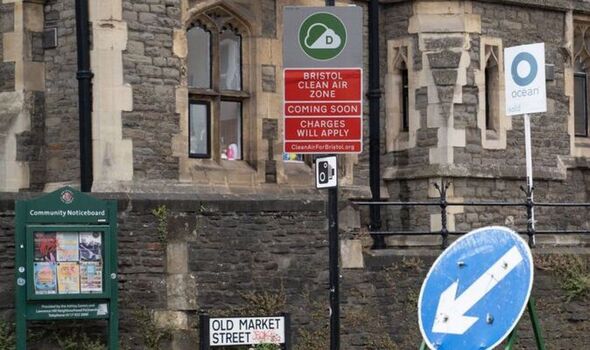 A council has admitted its Clean Air Zone (CAZ) cameras might be faulty after some of the first warning letters were sent to people who have never visited the city before.

On Monday, November 7, Bristol City Council began sending letters to drivers who had triggered the new cameras on the edge of the CAZ during a three-week period in September.

The letters said that, while they were not being fined for that trip, they would be if they made the same journey again after the scheme starts on November 28.

However, a number of motorists have complained to the council, saying they received a letter even though they live hundreds of miles from Bristol and have never visited the city before, reports Bristol Live.

One motorist from West Wales said she visited her local police station because she was worried her vehicle had been cloned, while another driver from Merseyside said he would be demanding £300 in compensation for the time and stress involved after receiving the letter.

Bristol City Council had advised anyone who appears to have been sent a letter in error to ignore it, but the council has admitted there is a problem with the cameras not being able to correctly identify some letters on vehicle registration plates.

In a statement, Bristol City Council said: “It’s possible that the Automatic Number Plate Recognition (ANPR) cameras set up to monitor traffic in the Clean Air Zone misread your registration number. If you weren’t in Bristol in September, ignore the letter.”

The Clean Air Zone covers a wide stretch of Bristol, from the Cumberland Basin, Portway, and Ashton Gate, all the way to the bottom of the M32 and Temple Meads.

All three major bridges from South Bristol into the city centre are included in the CAZ area, leaving motorists in South Bristol who are among the 25 per cent of drivers who own vehicles that are liable to pay the charge facing a £9 fee or a long detour around the zone.

But while the scheme is controversial, the admission that the cameras installed by the council to photograph every vehicle entering the zone could have issues has infuriated some drivers.

Ian Hughes, a motorist from Prescot on Merseyside, said he was “disgusted” with Bristol City Council.

Mr Hughes told Bristol City Council that after he received a letter from the council about the CAZ area, he “naturally assumed” his vehicle number plate had been cloned.

“Which led me then spending four and a half hours, informing DVLA and two police forces and various other departments, as per (the) advice from UK Government,” he said.

“I then learnt that it is more than likely down to your faulty cameras, which can’t read the letter ‘Y’ and send out these letters incorrectly,” he fumed.

Demanding £300 in compensation for his time, which he said was his “cost to sort out your error and ineptness”, he added: “You simply cannot expect to send out these inaccurate letters and then not cover the genuine time costs to correct your mistakes.”

Mr Hughes said he has since been contacted by several other people who have had the same letter, despite never driving anywhere near Bristol.

“I have requested £300 compensation for my time in dealing with Bristol city council’s absolute ineptness,” he said. “They don’t understand the stress and anxiety caused by thinking your vehicle has been cloned.

“They couldn’t run a tea party.

“Since putting this on the Bristol City Council Facebook page I’ve been contacted by several other people who have had the same experience as me wasting their time and being upset and worried about the vehicle being cloned.

“I’ve never been to Bristol in my life and certainly will never go, I feel sorry for the people of Bristol having such a bunch of clowns running their city,” he added.

Mr Hughes was not the only driver to receive a letter from the council despite not ever having visited Bristol.

Christine Davies, from west Wales, was another.

She told Bristol City Council: “I’ve never been to Bristol in my life, neither has my vehicle. It’s taken all day and hours of phone calls and (I’m) still none the wiser.”

She said a council employee told her the council had received “hundreds of complaints” about the issue.

“Who do I bill for taking a day off, travelling to the DVLA in Swansea, my local police station worrying my vehicle is cloned, to be told it’s an error with the new cameras putting wrong letters on documents?

“The woman we spoke to in the council was unsympathetic, saying you’ve had hundreds of complaints today, not only mine. What’s happened is irresponsible to the max,” she added.

Bristol Live contacted Bristol City Council about the issue and a council spokesperson said that the advice to drivers who had received the letters last week in error was to ignore them.