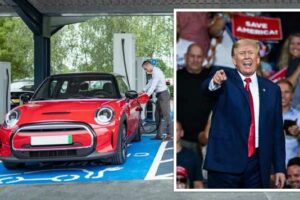 The former American President claimed that when he was in power, fuel was $1.87 (£1.61) per gallon, which attracted cheers from the Pennsylvania crowd. Donald Trump was appearing at a rally in Wilkes-Barre, Pennsylvania, in a bid to boost support for the Republican Senate candidates on Sunday.

He said: “We weren’t talking about going to all-electric cars which are twice as expensive.”

The former President recounted a story about a friend who had purchased an electric car to do his bit for the environment.

He recounted that his friend made the trip from Kentucky to Washington DC multiple times, saying he got “like 38 miles per gallon, which is fine”. 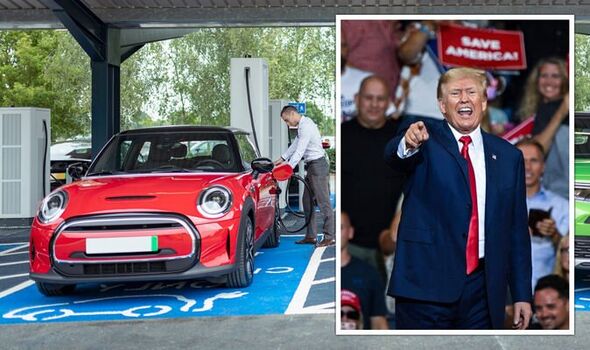 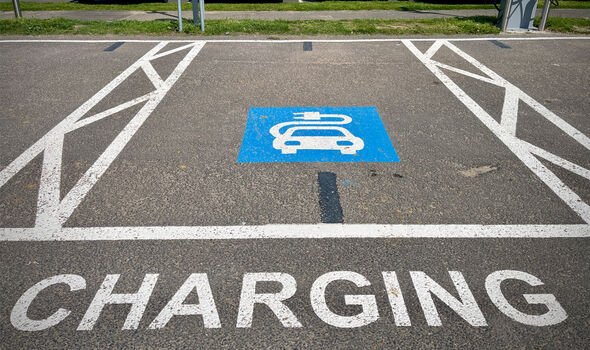 “I drive for two hours then I have to have my car charged. It took me more time to charge the damn car than I could spend in it driving.

“Please, please, let’s get rid of this stuff.”

The President was again met with applause and cheering from the rally.

During his re-election campaign in 2020, both he and his Democratic rival Joe Biden said they supported electric vehicles.

DON’T MISS
Furious woman tows neighbour’s car after he kept parking in her space [SHOCKING]
Drivers warned of fine risk for having a stranger park on their drive [WARNING]
Most fuel-efficient cars including Vauxhall, Toyota and more [INSIGHT]

He has previously praised Tesla CEO Elon Musk, calling him a “genius” for his work with electric vehicles.

Despite this, he had proposed ending the $7,500 (£6,482) federal tax credit for those who buy an electric vehicle.

The British equivalent was scrapped in June, with the Government shifting its focus towards improving the EV charging infrastructure.

Battery and hybrid electric vehicles now make up more than half of all new cars sold and fully electric car sales have risen by 70 percent in the last year.

The UK new car market rose by 1.2 percent in August, with EVs recording a 35.4 percent upturn in volume. 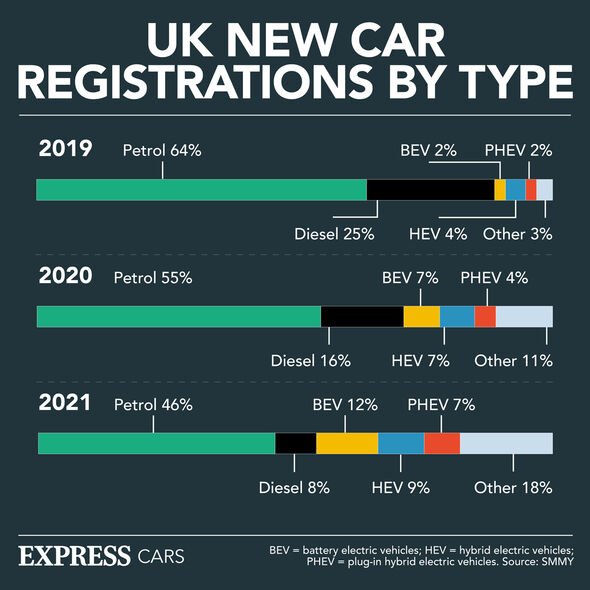 They now also have a 14.5 percent market share, although it still falls well below the 46 percent share of the market for petrol vehicles.

“Spiralling energy costs and inflation on top of sustained supply chain challenges are piling even more pressure on the automotive industry’s post-pandemic recovery, and we urgently need the new Prime Minister to tackle these challenges and restore confidence and sustainable growth.

“With September traditionally a bumper time for new car uptake, the next month will be the true barometer of industry recovery as it accelerates the transition to zero emission mobility despite the myriad challenges.”