Do you support new tax on electric cars? POLL 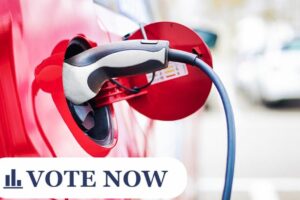 Chancellor Jeremey Hunt announced in his Autumn Budget statement that all emission-free vehicles – including electric cars – will have to pay Vehicle Excise Duty (VED) otherwise known as road tax from April 2025. Let us know if you support this move by voting in our poll below.

He told the House of Commons on Thursday, November 17: “To make our motoring tax system fairer, I’ve decided that electric vehicles will no longer be exempt from Vehicle Excise Duty.”

He continued: “Company car tax rates will remain lower for electric vehicles and I’ve listened to industry bodies and we’ll limit rate increases to one percentage point a year for three years from 2025.”

The Treasury added: “The shift to Electric Vehicles is continuing at pace as the UK moves to net zero.  Therefore from 2025, road tax will be introduced for EVs so all motorists begin to pay a fair share.   Support for charging infrastructure is continuing.”

Under the plans, electric vehicles (EVs) which are registered from April 2025, will pay the lowest rate of £10 in the first year, before moving to the standard annual rate of £165. The standard rate will also apply to EVs registered after April 2017.

The Local Government Association welcomed the move with transport spokesperson David Renard explaining that although EVs are less harmful for the environment they still contribute to emissions, congestion and road use.

He said: “It’s only fair then that drivers contribute towards these additional costs and help support investment in even lower carbon alternatives such as public transport, buses, cycling and walking.”

British motoring association, the AA, claimed that the move would “slow the road to electrification” and impact Britain’s transition to greener transport.

AA president Edmund King said: “This may delay the environmental benefits and stall the introduction of EVs onto the second-hand car market. Unfortunately, the Chancellor’s EV taxation actions will dim the incentive to switch to electric vehicles.”

UK chairman of Ford, Tim Slatter described the move as “short-sighted”. He explained: “We are still many years from the ‘tipping point’ when electric vehicles will reach cost parity with petrol and diesel vehicles. Until then, we should be incentivising customers to make the greener choice.”

However, head of policy at RAC, Nicholas Lyes, said he did not expect the change to impact demand for EVs. He explained: “After many years of paying no car tax at all, it’s probably fair the government gets owners of electric vehicles to start contributing to the upkeep of major roads from 2025.

“Vehicle excise duty rates are unlikely to be a defining reason for vehicle choice, so we don’t expect this tax change to have much of an effect on dampening the demand for electric vehicles given the many other cost benefits of running one.”

Sales of new petrol and diesel cars and vans will be banned in the UK from 2030, forcing Britons to make a switch to hybrid and EVs. However, the Society of Motor Manufacturers and Traders has reported a dip in sales. The number of registrations during the first three months of the year was 102 percent more than during the same period in 2021, but they fell to 38.4 percent at the end of October.

So what do YOU think? Do you support the tax on electric cars? Vote in our poll and leave your thoughts in the comment section below.