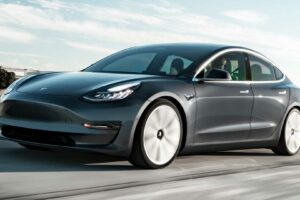 Due to the car’s tech, some examiners are failing Tesla drivers repeatedly over issues they aren’t even aware of.

According to an arguably unbelievable story shared by our friends over at Teslarati, a 38-year-old engineer, scientist, college professor, and Tesla owner was unable to pass his driving test. It seems either the examiners’ potential bias or lack of education about EVs made it virtually impossible for this man to get a license.

We’re not talking about issues with the professor’s driving, or giving up after one failed driving evaluation, but rather, repeated failures for various car-related reasons, along with turning the man away when he attempted to test again with a rental car. What gives?

As the story goes, the professor relocated to California for a new teaching job at the University of California. Following the move, it was time for him to get a new US driver’s license. This way, he could use the family’s Model 3 to head to the university for his teaching job. Little did he know it would be nearly impossible to pass the driving test with the Tesla sedan.

Based on the story the professor shared with Teslarati, he failed the test the first time. The reasons specified by the DMV evaluator were as follows: the car wasn’t set the “Chill Mode” and the steering wasn’t set to “Comfort.” Essentially, the DMV said the Tesla’s technology wasn’t “off,” which leads to driving test failure.

Of course, the professor took the test again, and now that he was aware of the issue, he made sure the technology was off. However, he failed again. According to the story, the DMV examiner noted that she could “feel the brakes” even though the driver wasn’t pushing them. The failure was due to the Model 3’s “automatic engage” feature. Basically, the car’s regenerative braking system was engaging, which was apparently against the evaluator’s rules.

The professor spoke with the folks at the DMV, but he didn’t have much luck. However, they did tell him he could simply rent a traditional car for the test. The cost of the rental car would have to come out of his own pocket, but if it meant finally passing, it would be worth it. However, things took another terrible turn when he showed up for the test in a Toyota Camry that he rented for $100, which he had to pick up an hour away from the test.

When the professor arrived for his test, he was told he couldn’t take it in the rental car. Instead, he had to rent a car directly from the DMV for $140. He was issued a failing score for the third time. He was going to try to take the test again, but decided to wait since the DMV was already “irate” over the situation.

Teslarati reached out to the DMV, and the organization said people are welcome to take their driving test in a Tesla. They also said that there are “no specific criteria for features like regenerative braking in EVs, it is working to ensure that examiners have an understanding of the function and how it impacts driving.” The DMV stated via Teslarati:

“In the event (that) a customer has questions about taking a driving test in a particular vehicle, they should ask to speak with a manager before the test. DMV employees who give behind-the-wheel tests receive updated training as necessary.”

We strongly encourage you to visit Teslarati for the full story, which goes into much greater detail. Then, scroll down and start a conversation about this topic. Is this unreal? Do you believe every word of it? If it did go down as reported, and you had to deal with a similar situation, how would you react?