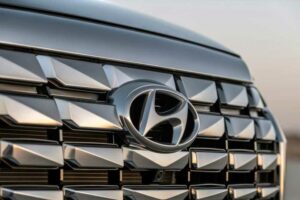 While Hyundai and Kia aren’t typically associated with diesel-powered vehicles in the U.S., where they sell none, the automakers offer droves of them elsewhere. That’s why it’s big news that six of their offices in Germany have been raided by German federal prosecutors over diesel emissions defeat devices. Even more interesting is that there is a common thread that ties both this new diesel scandal and the similar “Dieselgate” emissions-testing cheating episode that struck Volkswagen in 2015: Robert Bosch GmbH.

First reported by Automotive News Europe, six offices for Hyundai and Kia were raided by Germany’s Public Prosecutor’s Office (Staatsanwaltschaft) in Frankfurt am Main in conjunction with European Union agency, Eurojust, in relation to finding evidence of diesel emissions defeat devices. These defeat devices are said to be inside hardware supplied by Delphi Technologies and by Robert Bosch GmbH. Bosch is of particular interest, since it was the main target within Volkswagen’s “Dieselgate” scandal back in 2015.

In that scandal, Volkswagen created what they called the “lean NOx trap” for their 2006 diesel engine equipped vehicles. They touted this as a way to remove nitrogen oxides (NOx) emissions from their diesel engines without using a Diesel Exhaust Fluid (DEF) system that injects a reductant fluid, usually urea-based, into a catalyst to convert NOx into diatomic nitrogen (N²), and water. All ICE produce NOx, it’s just that diesels have a particularly harder time with it due to the higher combustion chamber pressure and temperatures these engines need to operate at to create combustion. This leads to a more friendly environment to produce NOx gasses as the air these engines take in here on Earth is primarily nitrogen and oxygen.

The appeal of the “lean NOx trap” was that Volkswagen claimed that it could clean up diesel NOx emissions by just using catalytic converters and not require the use of the bulky and pricier DEF injection system, such as BlueTec from Mercedes-Benz. Unfortunately, the reality was that VW’s system wasn’t reducing emissions at all, but it made it seem like it was using coding in the engine control unit (ECU) to determine when a diesel-equipped VW was being emissions tested. In this “low emissions mode,” the engine would produce lower emissions than it did when driving normally—essentially whenever the car understood its hood to be open, its engine running, but the vehicle stationary, conditions met during emissions tests.

Where Bosch Comes In

These ECUs were produced by Bosch as well as the software used to program them. They included a program that would allow VW to run their engines in a low emissions mode and back to a higher emissions mode again for testing. Allegedly, Bosch did warn VW to not use the software on any emissions complaint vehicle as that would be illegal. In May of 2019, Bosch was handed a $100 million fine for its role in the VW emissions scandal, though it was light when compared to what Volkswagen Group had to pay. Now, it seems that it, along with Delphi Automotive—which is owned by BorgWarner and not part of the original Dieselgate scandal—are being targeted for diesel emissions defeat devices in Hyundai and Kia vehicles.

When asked about the raids in Germany, Hyundai acknowledged that the offices were raided and that “Hyundai is fully cooperating with the Public Prosecutor and will not make any further comments on this matter at this time.” The typical response most anyone would reply with. Bosch responded similarly saying, “Please understand that we neither comment on ongoing proceedings nor customers,” but then added, “As you presumably know, in May 2019 the Stuttgart public prosecutor’s office—which is the competent authority for Bosch—brought its action against Bosch to an end with a notice of fine.” With a response like that, we have to wonder if Bosch isn’t getting tired of being the target of these expensive diesel emissions issues. While we reached out to Delphi Automotive and Germany’s Public Prosecutor’s Office in Frankfurt, neither of them have responded to our requests for comment at the time of publication.