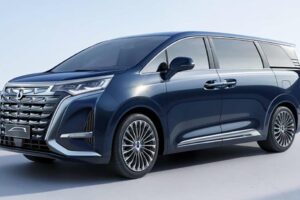 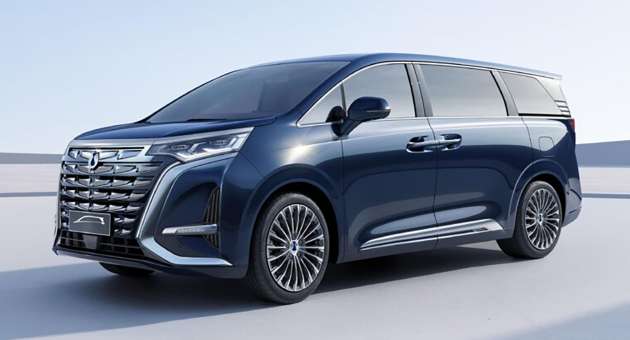 This is the Denza D9, the latest model from Chinese car company Denza, a JV between BYD and Mercedes-Benz. It’s available as either a 4 seater or a 7 seater, with the former clearly aimed at the business (or political) traveller who prefer big vans as opposed to the usual S-Class/7-Series. 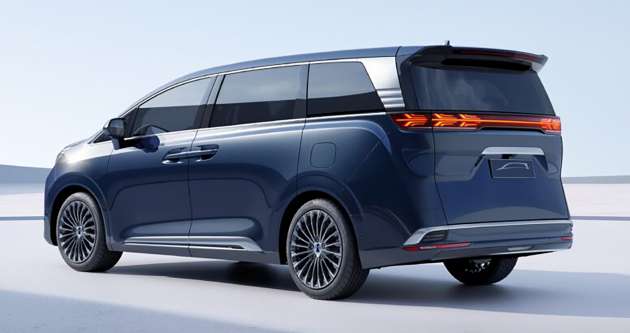 The Denza D9 uses BYD’s Blade batteries and while no specific kWh size was revealed, Denza quotes a maximum range of 600 km with peak charging of 166 kW. 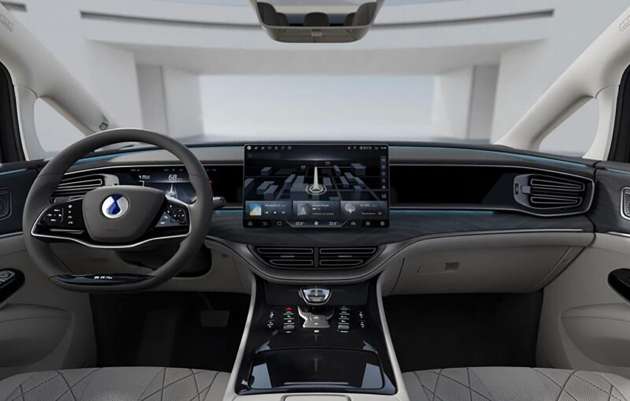 For those who need more than 600 km of range, Denza also offers a plug-in hybrid variant of the D9. The hybrid version pairs a 1.5 litre turbo petrol engine to smaller motors and batteries, but the PHEV is still capable of DC charging at a 80 kW rate. 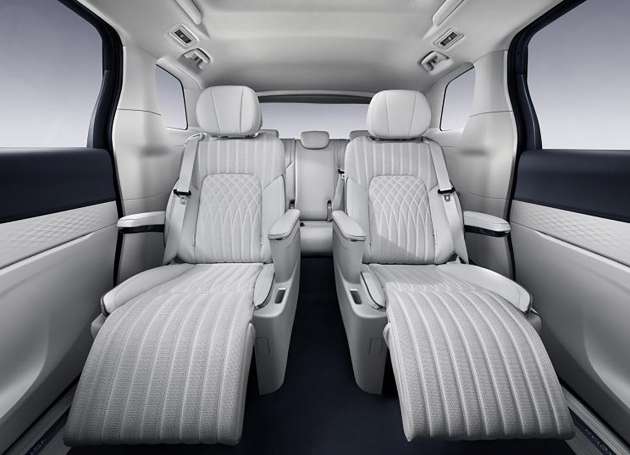 The interior features plenty of menteri-level luxuries such as a large panoramic sunroof, a fridge installed below the arm rest in between the front seats, 10-way adjustable second row captain’s chairs with footrests, heating, ventilating, and 10-point massage functions, and wireless chargers.

The thing is being a Chinese market brand, the Denza D9 is likely to be a left hand drive only model, so unfortunately chances of it being used by anyone in Malaysia as a parallel import will be slim. It’s rather well-received in its home market, reportedly selling 3,000 units in the first 30 minutes of being open for booking.