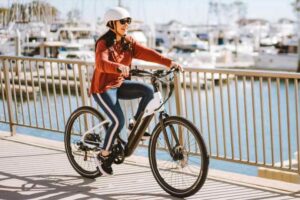 Denago is a new player in the cycling game, and is a house brand of the massively popular online cycling marketplace Bike.com. Its debut into the world of cycling has brought forth the City Model 1, an urban-focused electric bicycle that’s as affordable as it is impressive. Right off the bat, the City Model 1 is a no-frills basic electric bike that’s designed to get you from point A to B in comfort and safety.

Depending on your preferences, you can pick up the Model 1 in either a Step-Thru version or a Top-Tube version, with the former being a one-size-fits-all type deal, while the latter comes in two sizes consisting of S/M and L/XL. It’s priced rather competitively at $1,500 USD. For that chunk of change, you’ll be getting quite a lot of bike. For starters, the frame is made out of your standard 6601-T6 aluminum, and features a very basic, familiar design. Meant for commuting and leisure riding, the frame gives the rider an upright seating position, allowing the rider to have a confidence-inspiring standover height. 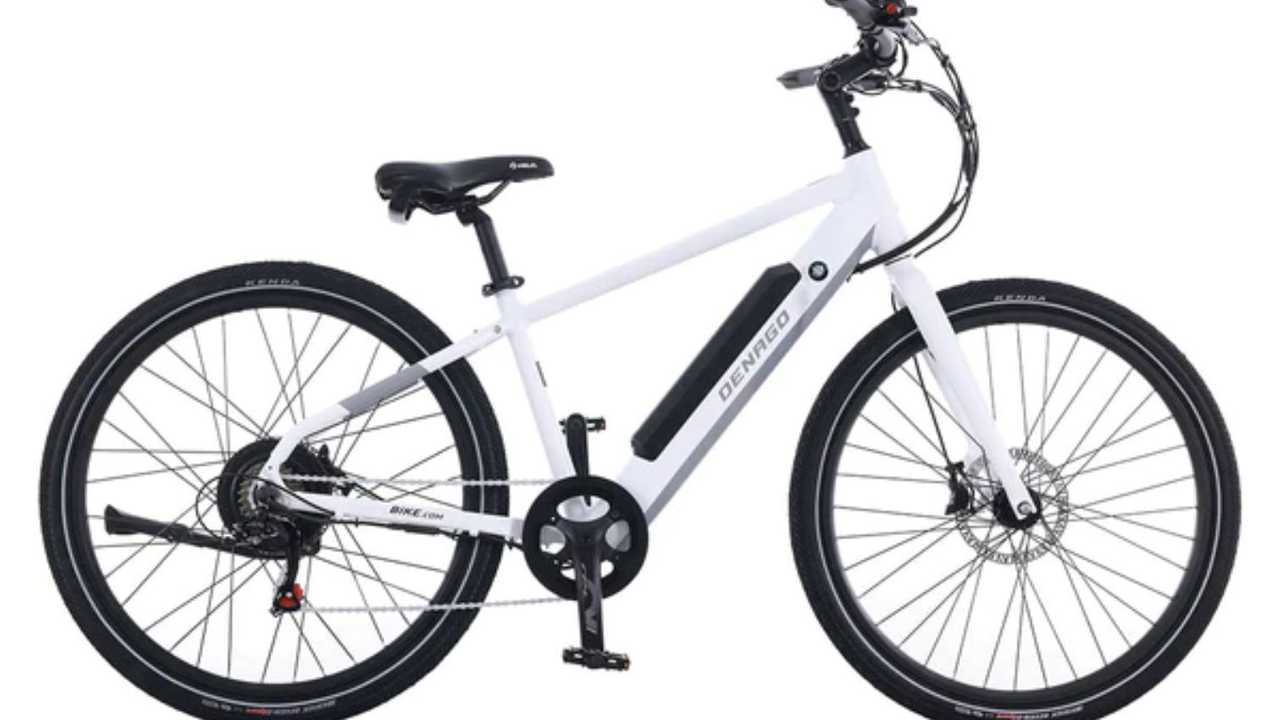 Given its rather basic construction, the City Model 1 isn’t really a featherweight. It tips the scales at 24 kilograms, but has a payload capacity of 127 kilograms. It makes up for its heft with a rather punchy 500-Watt hub motor that gives it a top speed of 28 miles per hour on pedal assist. Furthermore, it’s equipped with a thumb throttle that allows you to go as fast a 20 miles per hour on electric power alone.

Denago claims a decent range of 45 miles on a single charge, provided you ride with the assist, and not full throttle. This range figure is possible thanks to a 48V LG battery with a 653 Wh capacity. This battery is integrated into the frame, but can easily be removed for charging separately. The bike comes with a 3A fast charger which Denago claims can juice up the bike’s battery in around three to four hours.

Other features include a seven-speed Shimano drivetrain, a digital instrument panel that displays pertinent ride data, and a controller that lets you toggle between ride modes on the fly. The City Model 1 comes to a stop thanks to a set of hydraulic brakes on both ends. A kickstand is also a must-have feature that makes this bike ideal for city touring. What it doesn’t have, however, are any amenities for carrying luggage, so you’re either going to have to settle for aftermarket luggage options, or ride around with a backpack. The bike also doesn’t have built-in lights, so you’ll need to get a set of lights if you plan on riding at night.