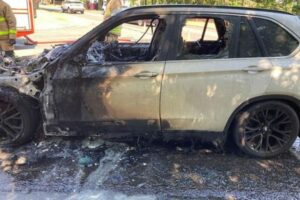 Steven Pile was on the way to pick up one of his sons from school when his BMW X5 suddenly burst into flames while driving. He managed to pull his four-year-old out of the car and away from the fire with just moments to spare.

Fire crews attended the scene in Ainsdale, Liverpool and put the fire out after just over an hour.

Stevie’s wife, Shellie Pile said the car exploded just “seconds” after he had run from the car.

She said she was “grateful no one was hurt” and thanked the emergency services and locals for their help.

She said: “He ran from the car and within seconds the engine exploded and the whole car was on fire. 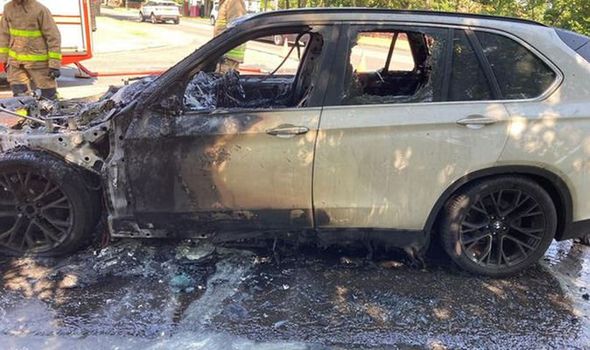 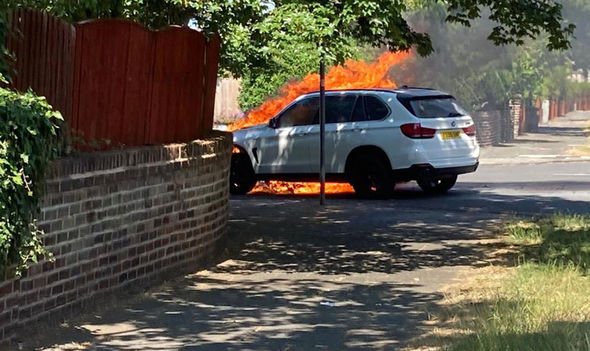 “We’re so grateful that no one was hurt, everyone is safe and we can’t thank enough the nearby neighbours that came out of their homes to help and the emergency services that helped Steve and our son as this was happening.”

Images taken from inside the car show the car has been completely destroyed by the intensity of the flames.

A spokesperson from Merseyside Fire and Rescue Service said it is likely the fire was started by accident.

However, BMW also suggested the gearbox compartment was an area of interest for fire crews.

They said: “Crews used a high-pressure hose reel jet to extinguish the main body of the fire, and used dry powder on the gearbox compartment.

“It is believed the fire started accidentally. Fire crews left the scene at 3.33pm.”

In a statement to Express.co.uk, BMW said they would take the incident “very seriously”.

They have offered to make contact with those involved in the fire and will offer to inspect the vehicle to find the cause.

They added fires were “rare” and suggested “external factors” were to blame.

They said: “We understand that events like this can be distressing and BMW takes any incident involving its vehicles very seriously. 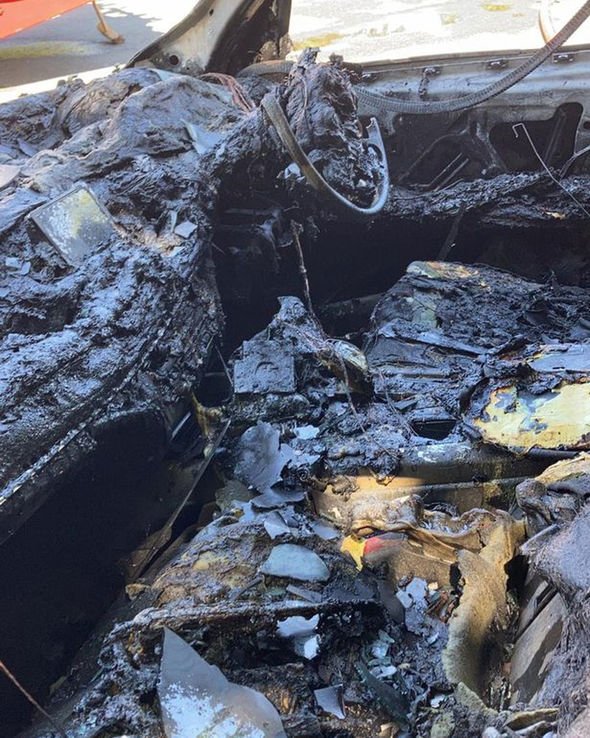 “BMW will make proactive contact with the individuals involved and offer inspection of the vehicle to establish the root cause.

“Vehicle fires are very rare, but have many probable causes including external factors.

“However, if any customers wish to discuss concerns about their vehicle they can call BMW Customer Service on 0800 777 114.”