Custom RV Is Part Camper, Part Semi Truck, And It's For Sale 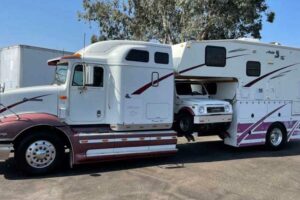 Let’s say you want a motorhome, but your personality forces you to buy something unique that’s unlike anything else on the road. Well, a vehicle fitting all these characteristics is for sale in Fontana, California, for $26,995.

This custom machine has a 1996 International 9200 semi as the starting point. It attaches to 2004 Arctic Fox camper trailer. Things get weird in the middle where the owner has a carrier for hauling a 1988 Suzuki Samurai. The seller is the second owner, according to the listing. 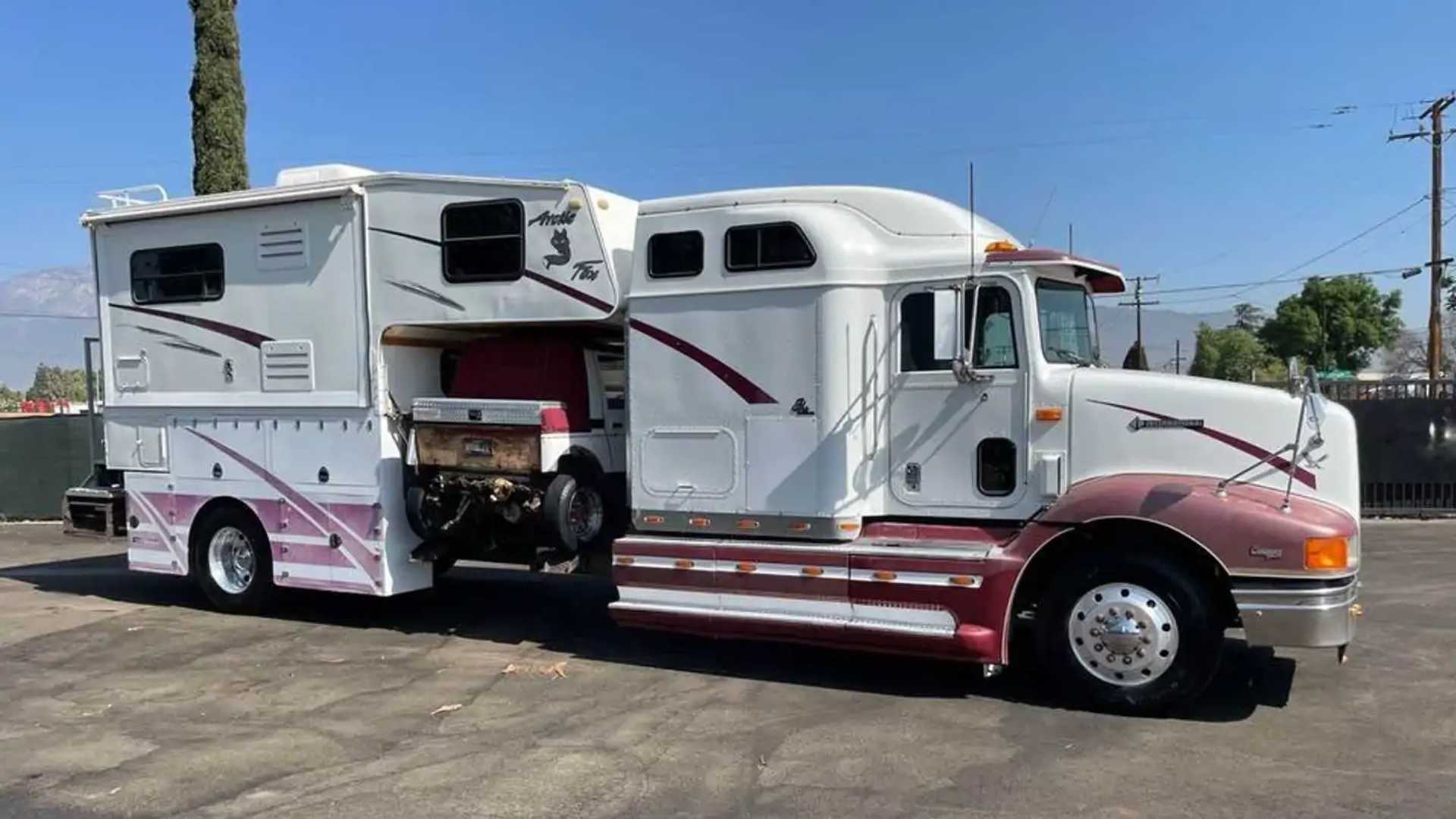 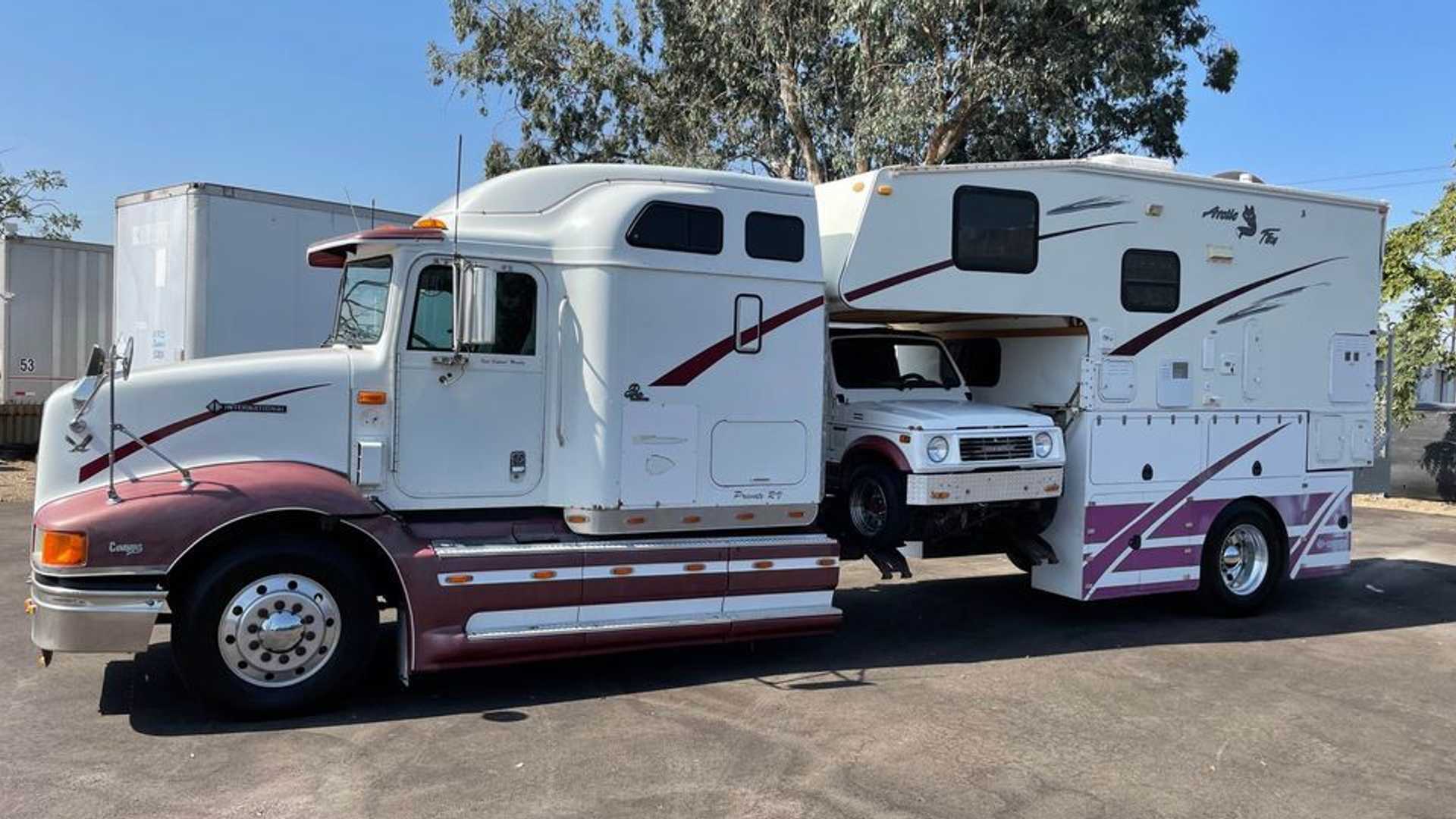 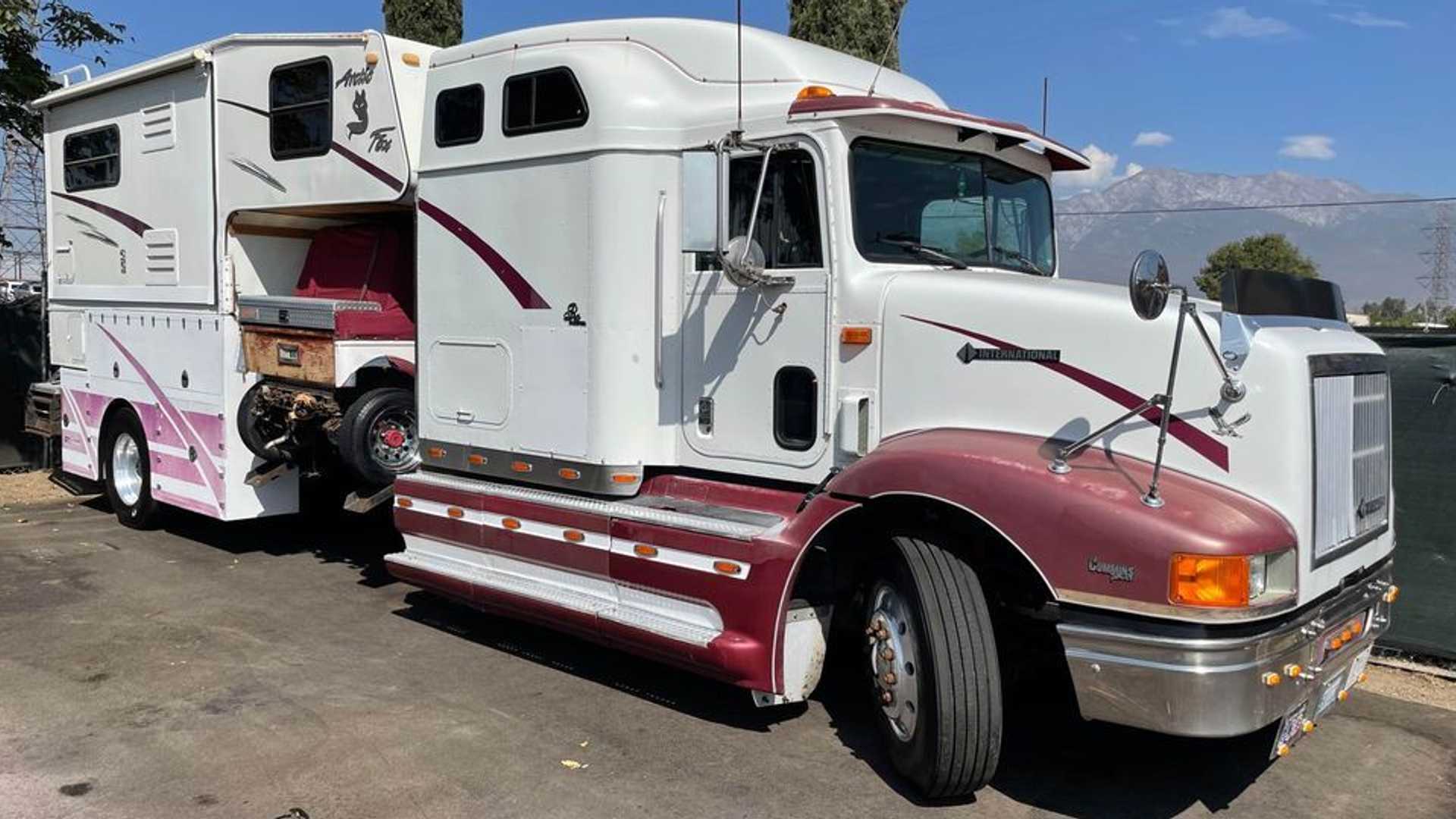 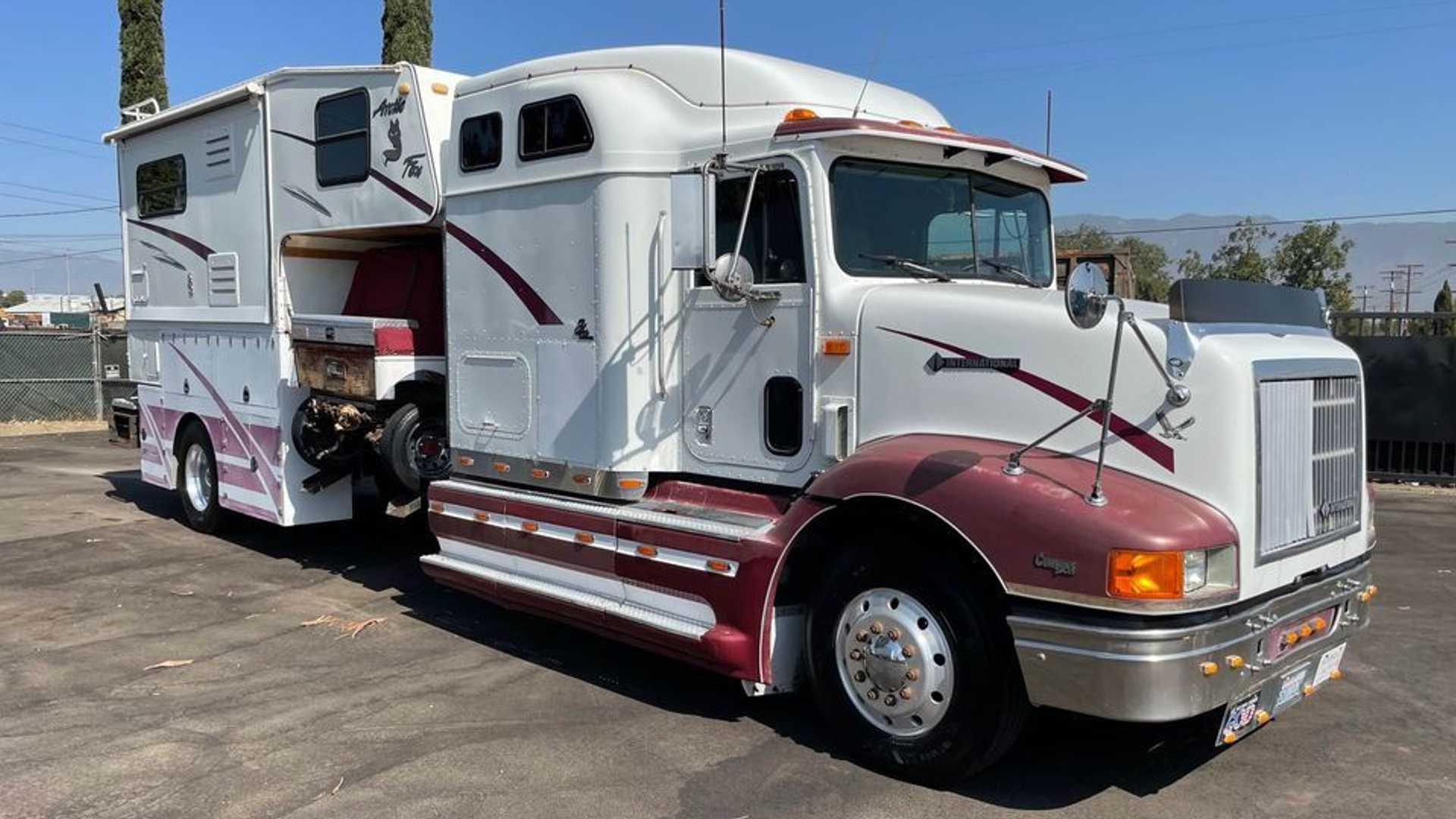 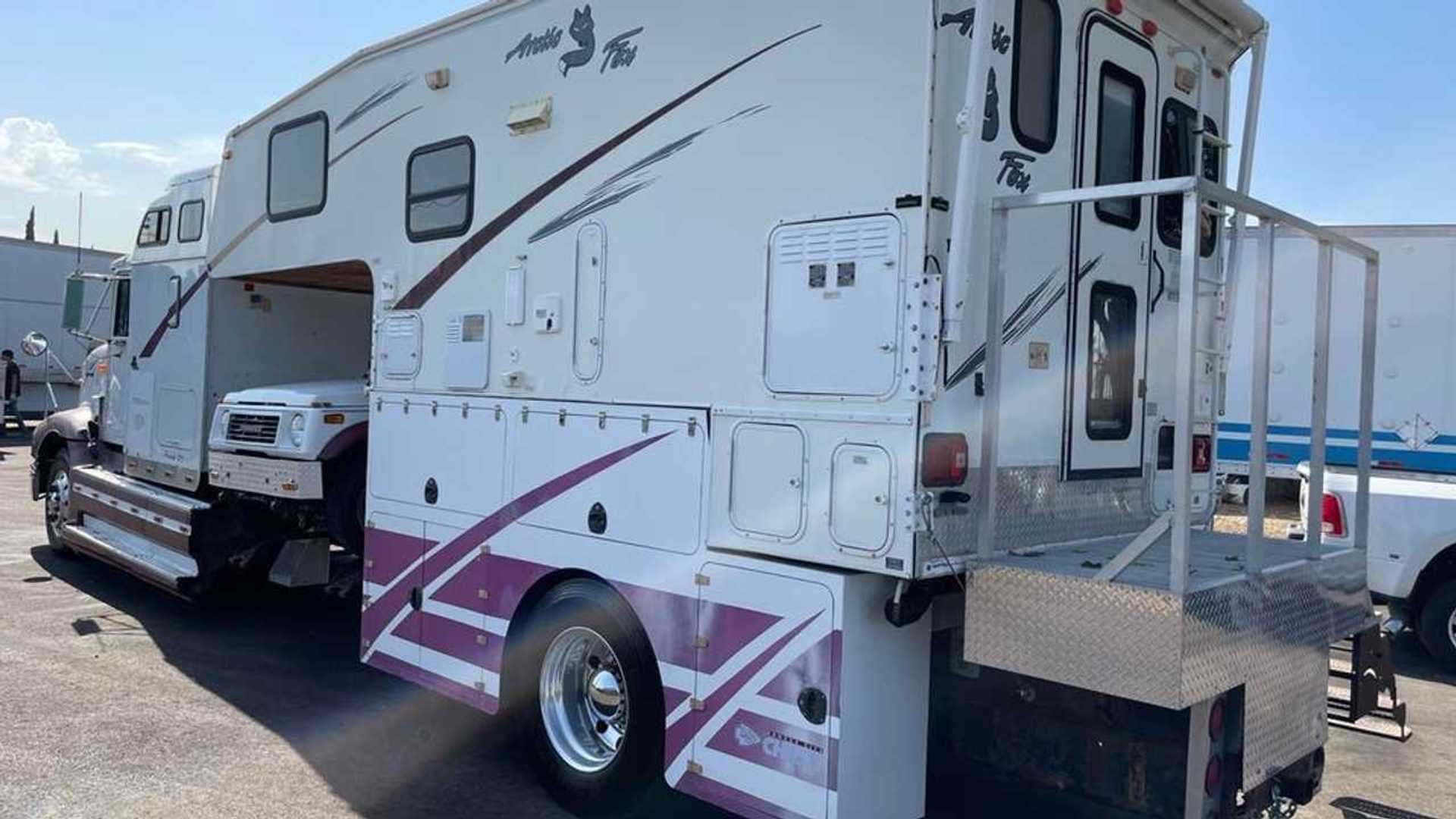 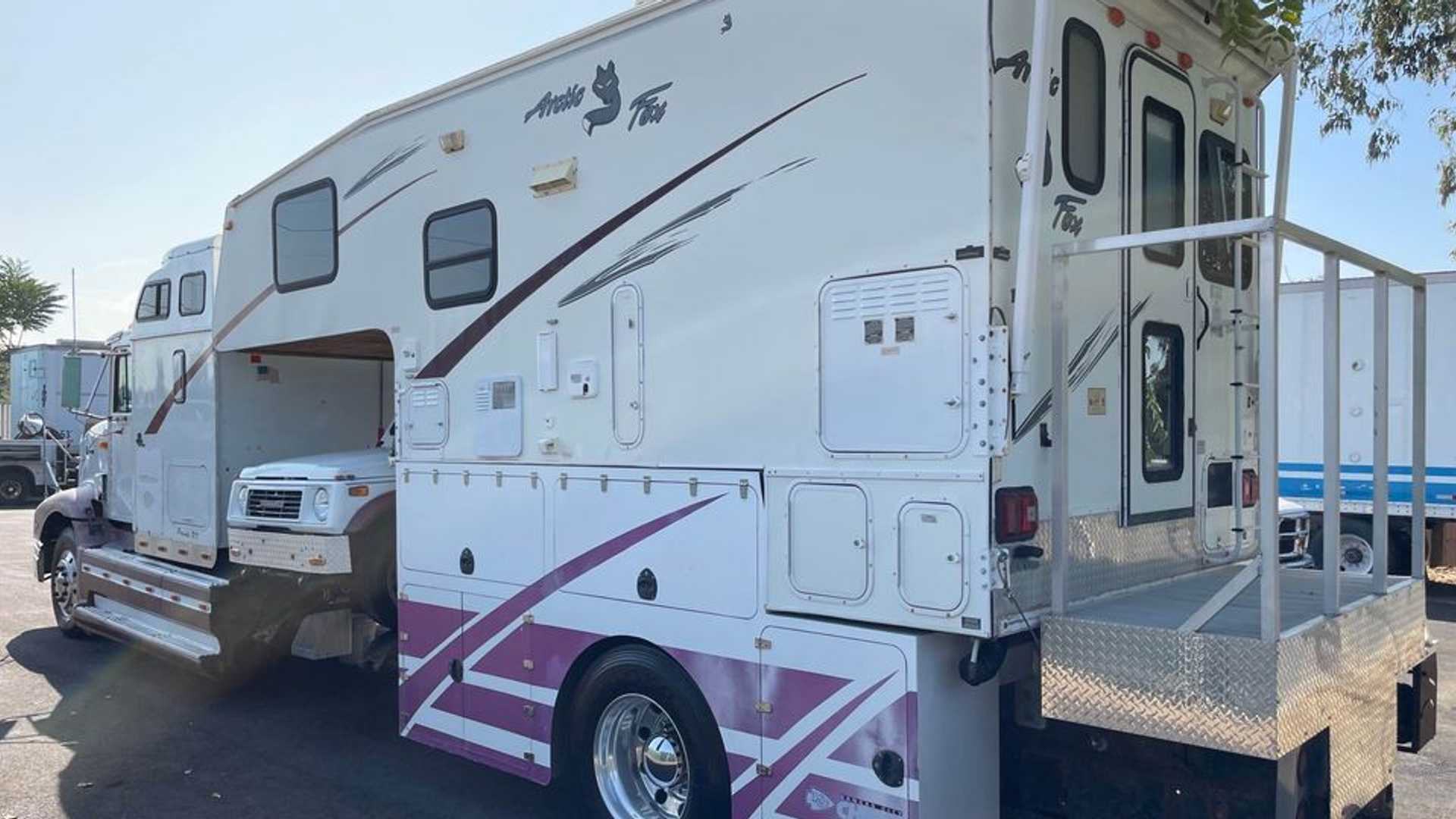 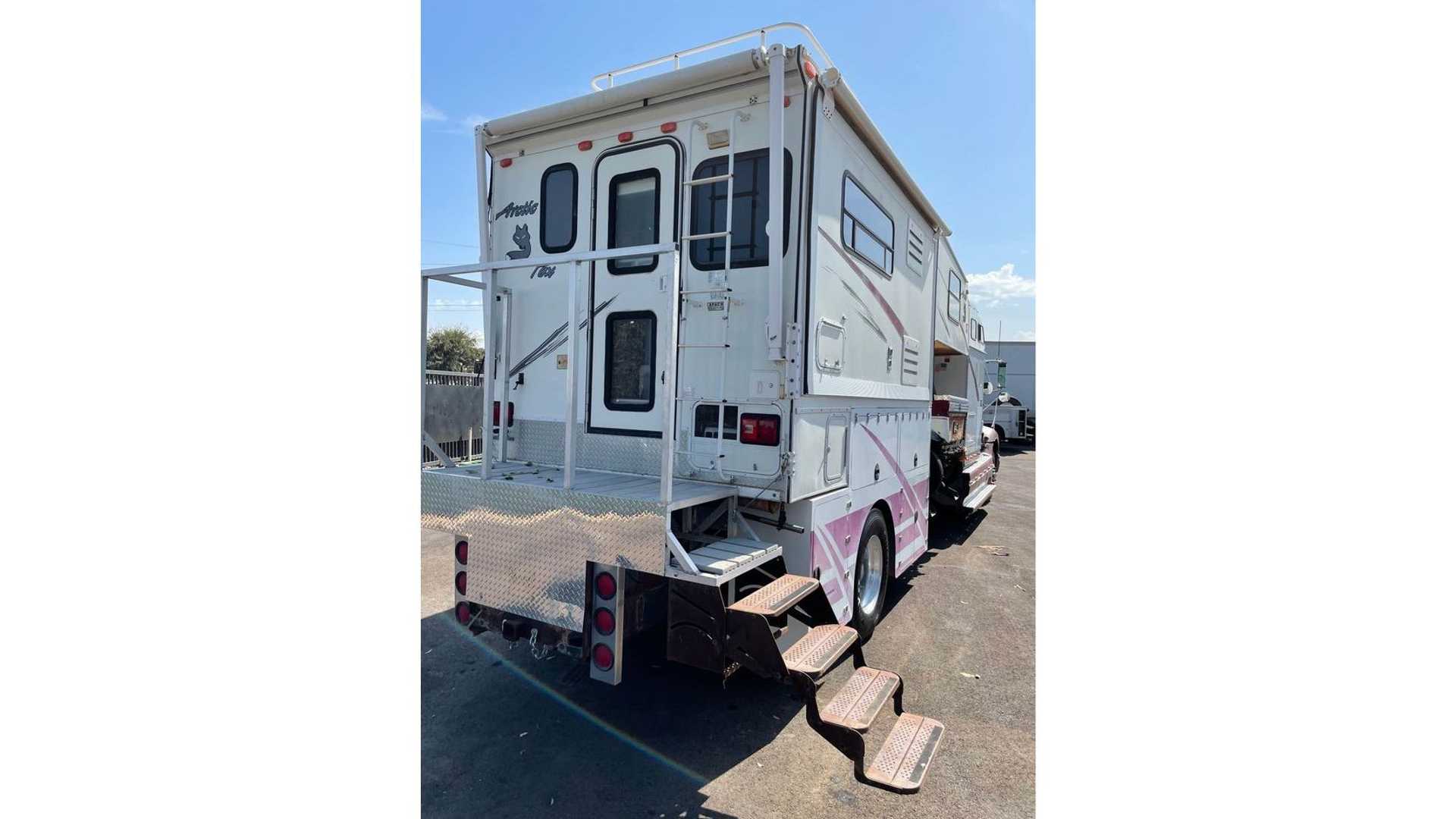 Inside the trailer, there are lots of amenities. There’s a full kitchen, including an oven, and a bathroom with a toilet. There’s also a sitting area and a space to sleep. There’s an onboard generator that runs on propane.

The design is not the most stylish layout by current standards, but the setup looks functional for spending a long time on the road.

The big rig has 620,000 miles on it. The engine is a Cummins diesel. The listing doesn’t offer details about what transmission the truck is using. The seller mentions that the air conditioning in the cab doesn’t blow cold.

If you’re looking to cover lots of highway miles, this rig could be perfect. A heavy-duty pickup could tow this trailer, and the semi has significantly more hauling ability than one of those trucks. The Samurai is a small enough vehicle that it’s not going to add much extra load, either.

Plus, once you reach your destination, the Suzuki would be great for getting around for short drives. Then, load it up again and move to the next spot down the road.

The sale comes with titles for the semi, the Samurai, and the trailer. According to the Facebook marketplace listing, this custom RV has been for sale for four weeks.