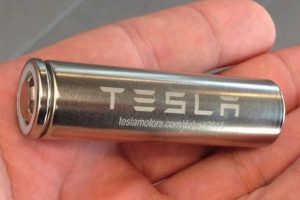 Could Tesla’s new battery tech not only makes its cars cheaper than other EVs, but eventually cheaper than gas cars?

Electric car news has been stocked with Tesla Battery Day rumors and predictions for some time now. You’d better bet there will be a whole lot more of this in the coming days, with the event scheduled for this upcoming Tuesday, September 22, 2020.

Sure, Tesla Battery Day could end up being all smoke and mirrors, with Elon Musk talking about crazy future plans that are way off. There’s a chance Tesla doesn’t even have anything really compelling to share, at least, as far as something that’s going to make an impact right now, rather than years from now. There’s also a chance that Tesla has incredible news that goes far beyond anything we’ve ever heard or seen before. Something that will almost instantly make electric cars more affordable, increase range, reduce charging time, and assure battery longevity.

There’s really no way to know for sure. Fortunately, we only have a few more days to wait. Regardless of the event’s outcome, we know full well that EVs can only succeed as battery tech improves. We’ve been told for years and years that electric cars will eventually reach price parity with gas-powered cars. The only factor that can make this happen is batteries.

Tesla arguably already offers a better value proposition than competing EVs, otherwise, people wouldn’t be buying its cars over rivals’. However, Tesla has to eventually make cars that are affordable by the masses. We know the automaker already has plans to do this, but it can’t just be an affordable car due to its tiny size. Instead, Tesla needs to get its battery tech to the point that it can make all its vehicles more affordable. If it can pull it off, there’s no reason other automakers can’t follow suit, which means a much faster road to EV adoption, and an end to gas cars.

Check out Shaw’s video for all his insight. Then, leave us your wisdom in the comment section below.