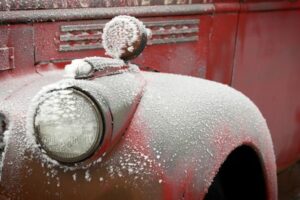 Clive Wain, Police Liaison Officer at Tracker said classic cars were “more of a target” and “more sought after” among criminals. He warns classic models were already more vulnerable due to the “security within those vehicles”.

He said classic models were in danger in this situation due to the “increasing value” of classics.

Speaking to Express.co.uk, he said: “Classic cars, for the value of them, even relatively modern classics post-1980 are worth a lot of money.

“Anything that’s valuable and a scarce commodity is even more sought after.

“So they are arguably more vulnerable when you think about the security within those vehicles anyway.

“But we are talking about vehicles being left insecure with the engine running and with the keys present or in the ignition.

“I think by virtue of the value and the increasing value of relatively modern classics, it renders them more of a target, more sought after and more vulnerable.”

Tracker has previously warned classic vehicles were at “even higher risk” this winter.

They said this was because classic cars are often left running idle due to their “old engines”.

They also warned drivers would need to leave their keys in the car to keep the engine running, unlike some modern vehicles that have keyless entry systems.

They said: “Cars that do not have keyless entry, like classic cars, are at even higher risk due to the fact that to leave the engine to warm up unattended means to leave the keys in the car.

“Classic cars are often left running idle, unattended, due to their old engines that owners like to warm up before a drive.”