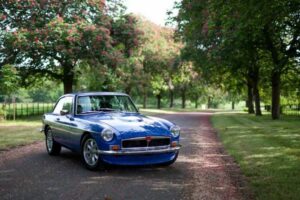 Former frontman Quentin Wilson has backed reducing the historic age exemption for vehicles to 30 years instead of 40. He warned the Government was “making a mistake” in rejecting the proposal as he spoke of the huge benefits the scheme could bring.

He suggested the loss of fees generated by a new exemption would be offset by “increased by economic activity” as historics would become a part of the motoring industry.

Speaking to Classic Car Weekly, he said: “The Treasury is making a mistake.

“The loss in VED by bringing the exemption forward by ten years would be largely offset by the increased economic activity around these newly created ‘historic’ cars.”

Me Wilson added that bringing more historic vehicles on the road would “generate more jobs and opportunities” for those working in motoring.

He also warned preserving older cars was “less carbon-intensive” than replacing them with new models.

Finally, he said reducing the tax exemption age would allow young enthusiasts to get involved with classic cars.

This would give youngsters the chance to drive classic cars with “lower insurance premiums” which could “protect” historic cars for years to come.

Changing the historic tax exemption rules were brought to the spotlight after young enthusiast Stephen-Hearse-Morgan made a petition online.

The petition has so far received more than 13,600 signatures and received a reply from the Government late last month.

However, the Treasury rejected the petition confirming they had “no plans” to reduce the tax exemption age.

They said this would be “kept under review” but the age limit would stand as a way to “distinguish” old cars from true classics.

They said: “At Budget 2014, the Government then announced that it would introduce a rolling 40-year VED exemption.