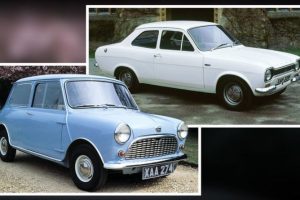 The classic Austin Mini is the most lucrative historic vehicle on the market with restored models three times more expensive than its original costs. Analysis from LeaseCar has revealed many 1950s Austin Mini’s can now sell for as much as £35,000 in a 200 percent rise from its original £11,650 retail price.

Volkswagen Campervans may also be profitable for owners with models up to 123 percent more expensive than their initial prices.

Data from the group revealed the classic 1960s Ford Escorts were also up on their value by nine percent.

LeaseCar said they analysed the original RRP costs of the most loved car models in the UK to complete the data set. 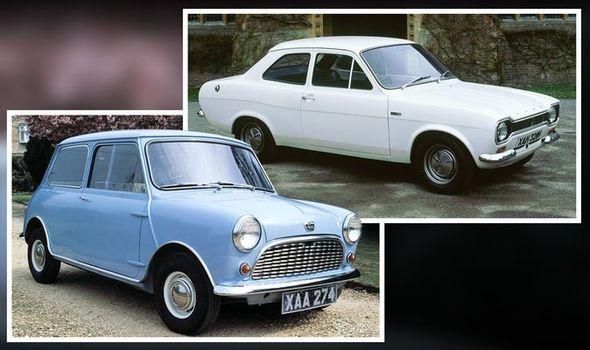 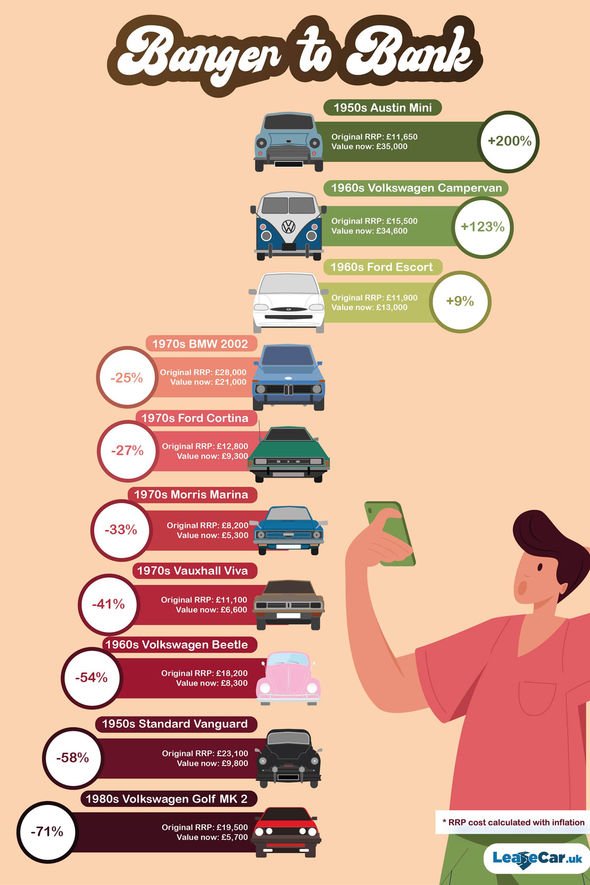 After taking inflation into account they compared these prices with the average costs of buying restored editions of the models today.

A spokesperson at LeaseCar said owning classics can often be a “lucrative hobby” for motorists.

They said” “For many older Brits – and some younger people too – owning an original 1950s, 60s, or 70s motor vehicle is a lifelong dream but because of steep resale values, it’s not always achievable.

“But owning a classic car can be quite a lucrative hobby, particularly if you invest in a model that happens to appreciate over time.

“Our research shows what you should roughly expect to pay for some of the most collectable vintage models today, and you could use these figures as an indication of what to invest your hard-earned cash on.”

However, not all classics have stood the test of time with many dropping value since they were first purchased.

The 1980s Volkswagen Golf Mk2 has depreciated the most with prices around 71 percent lower.

The iconic Volkswagen Beetle was one of the most recognisable cars of the 1960s but has seen its value drop.

LeaseCar data shoes the model was originally worth around £18,200 but can now wield just an £8,300 asking price in a 54 percent reduction.

Other popular models to have seen prices reduced include the 1970s Ford Cortina and legendary Morris marina.

The Cortina was down 27 percent on initial retail values with the Marina down 33 percent.

Data reveals models were sold for over £8,000 with restored models now only selling for just over £5,000. 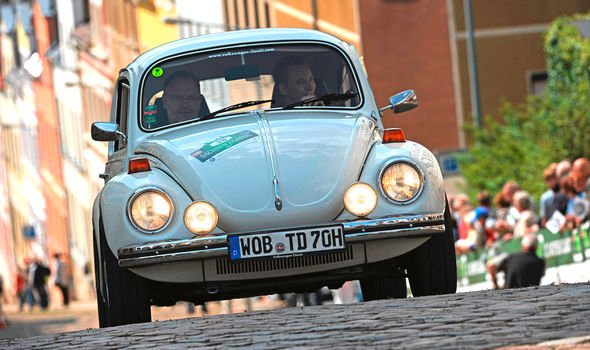 A LeaseCar spokesperson said models which had dipped in value were “unlikely” to shoot up in price.

They said: “It also highlights the models to avoid if profit is all you’re concerned with.

“If a Standard Vanguard is worth 58% less than its original value nearly 70 years later, it’s unlikely to shoot up in value any time soon.”