Citroën Takes A Dig At Twitter After The Elon Musk Takeover 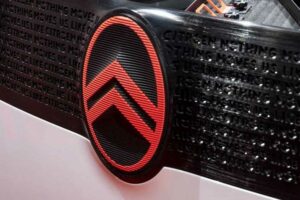 As you might already know by now, Elon Musk now heads Twitter – a piece of news that broke out the past few days. That came with the subsequent firing of top Twitter executives, including CEO Parag Agrawal, which has put musk at the helm of the social media platform and the new “Chief Twit.”

Automotive companies, who either use Twitter as a way to interact with fans and customers or as a medium for advertising, are expected to react. Citroën is one of those who reacted first, posting a cheeky tweet that adequately describes the situation automakers on Twitter are in right now:

Hello to the social media platform owned by one of our competitors.

Citroën might not be currently present in the US EV market but in Europe, the French marque is actually on its way to electrification under Stellantis. Of note, Stellantis plans to sell only EVs by 2030 in the Old Continent, which should tell you that Tesla is definitely in its sights sooner rather than later.

At this point, Citroën now has a number of electric vehicles on offer in Europe, particularly the ë-C4, ë-C4 X, ë-Berlingo, and of course, the tiny My Ami EV. The automaker has also introduced the Oli EV Concept recently, which is a quirky truck made from recycled materials.

It’s unclear whether Musk’s Twitter takeover will affect the content produced by automakers on the platform, though he already announced that it will have a “content moderation council with widely diverse viewpoints.”

Meanwhile, some automakers have also reacted to this move, with GM recently announcing that it has paused its paid advertisements on the platform. Ford, meanwhile, said that it will continue to use the platform for interaction with customers, while Fisker completely left Twitter as soon as the Musk-Twitter fiasco first broke in April.