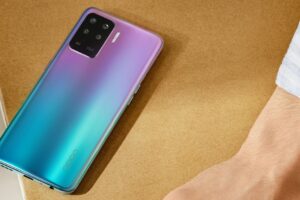 Oppo, a smartphone and electronics subsidiary of BBK Electronics, is reportedly looking to enter the car business, following in the footsteps of companies like Huawei and Xiaomi. According to reports in China compiled by CarNewsChina, Tony Chen, the founder and CEO of Oppo, is heading the project and the company is in the midst hiring talent and exploring pathways.

“Even in car manufacturing, we will focus on areas that Oppo can perform well. If automakers can’t build good cars and Oppo has the strength, we will try it in the future,” said Chen.

It still isn’t known which approach the company will take should it decide to enter the automotive space, be it building its own car from the ground-up like Xiaomi, or developing software and providing support for car manufacturers. The latter is evident in the Seres SF5 that arrived last month, which integrates Huawei’s technologies in a crossover first developed by California-based company Seres. It was reported that Chen has met with battery supplier CATL recently and Oppo is setting up a team to develop autonomous driving technologies, with Andy Wu, VP of software engineering at Oppo, and Eric Guo, a former chief scientist of EV company Xiaopeng Motors (Xpeng) in participation.

Oppo also attended SAIC’s developer conference held in Shanghai this year and has published several patents relating to autonomous and unmanned driving, including distance measuring devices, cameras, and equipment for car positioning. Research is currently being carried out at Oppo’s automotive division based in Chengdu.

However, while Chinese reports suggest Oppo is very much into the idea of entering the automotive space, it is by no way a guarantee that the company will commit to producing a car on its own. Barring an official statement from the company, it is akin to Apple’s interest in the industry.