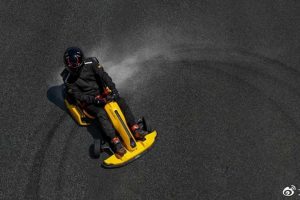 It reportedly plans to do it with the help of an actual automaker, possibly Great Wall Motor.

Xiaomi is the Chinese tech company best known for its increasingly compelling and competitive smartphones, but it actually also makes laptops, bag, shoes and other consumer electronics (anything from air purifiers to video projectors). The firm is now also believed to be looking at getting into the electric car business, possibly with the help of an already established player on the automotive scene, such as China’s Great Wall Motor.

But according to Automotive News, Great Wall heard about the rumor and has issued a statement claiming it is false. It denied that there were any talks on the matter between Xiaomi and Great wall by saying

The report is untrue. Our company has never held discussions with Xiaomi.

The source also points out that it reached out to Xiaomi, but the company refused to comment on the matter. As is so often the case, whenever a company remains silent (and doesn’t deny rumors), at least some part of the story proves to be true later on – we’ll have to wait and see how this pans out.

What is known for a fact in the industry is that Xiaomi is looking to expand into new segments and improve its revenue streams. It’s currently mostly reliant on its highly successful smartphones, but it actually already has a pretty impressive roster of other electronics it also designs and manufactures.

It was also confirmed by the company’s CEO, Lei Jun, that Xiaomi is indeed looking to go automotive and he believes the firm’s experience in designing gadgets will speed up the car design process too. The source also quotes Alan Kang, a senior analyst at LMC Automotive as saying

Xiaomi wants to find a mature automobile manufacturer to provide model infrastructure, enabling its own advantages in mobile internet technology. Xiaomi’s advantages in operating systems and home furnishing also bring a lot of imagination for such cooperation in the future.