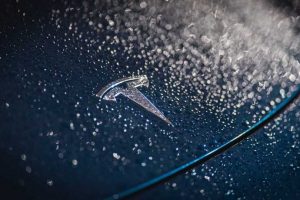 The company has achieved a new record of over 35,000 units.

According to the China Passenger Car Association (CPCA) (via Moneyball‘s reports), the company sold 35,478 Made-in-China (MIC) Model 3/Model Y cars in March 2021, which is more than three times higher than a year ago.

The total MIC Tesla sales in China already exceed 69,000 during only three months of this year.

That’s a sign of really strong demand. On top of that, a part of MIC Model 3 production probably was envisioned for export so Tesla Giga Shanghai is running at full swing.

There are many factors behind the great results. Obviously customers like Tesla products and the pricing seems reasonable.

But there are also other elements, like high demand for New Energy Vehicles in general. Both NIO, Xpeng and multiple other EV makers are also growing quickly, which means that Tesla is riding on a bigger wave. In other words, it’s a perfect combination of factors.

Considering the manufacturing capacity at the site, soon we might see even higher results in the coming months.

Here is an additional chart, just for the MIC Tesla Model 3: