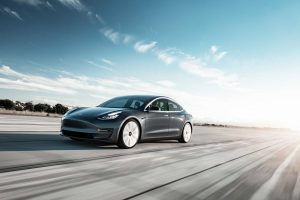 September was another solid month for Made-in-China (MIC) Tesla Model 3 production and sales, only slightly below August.

The total MIC sales* amounted to about 11,329 according to China Passenger Car Association (CPCA), via Moneyball.

The production was 12,212 according to EVProbe, also via Moneyball. Overall, it seems an outstanding result because between September 21 and 30 the Giga Shanghai plant had to pause for annual production line inspections and equipment upgrades.

In October, production and sales numbers might turn out to be significantly higher, as Tesla lowered the prices of the Model 3 in China. Demand reportedly surged.