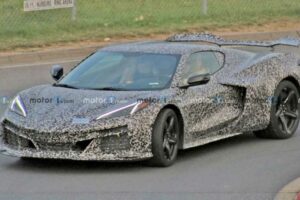 That’s quite a wing, too.

These new spy shots catch the Chevrolet Corvette Z06 C8 with a camouflage wrap on the body, rather than black fabric draped over the exterior. This appears to be the production body.

Starting at the front, the Z06 gains a more aggressive front splitter that includes canards in the corners. The lower fascia has a larger open section in the middle. 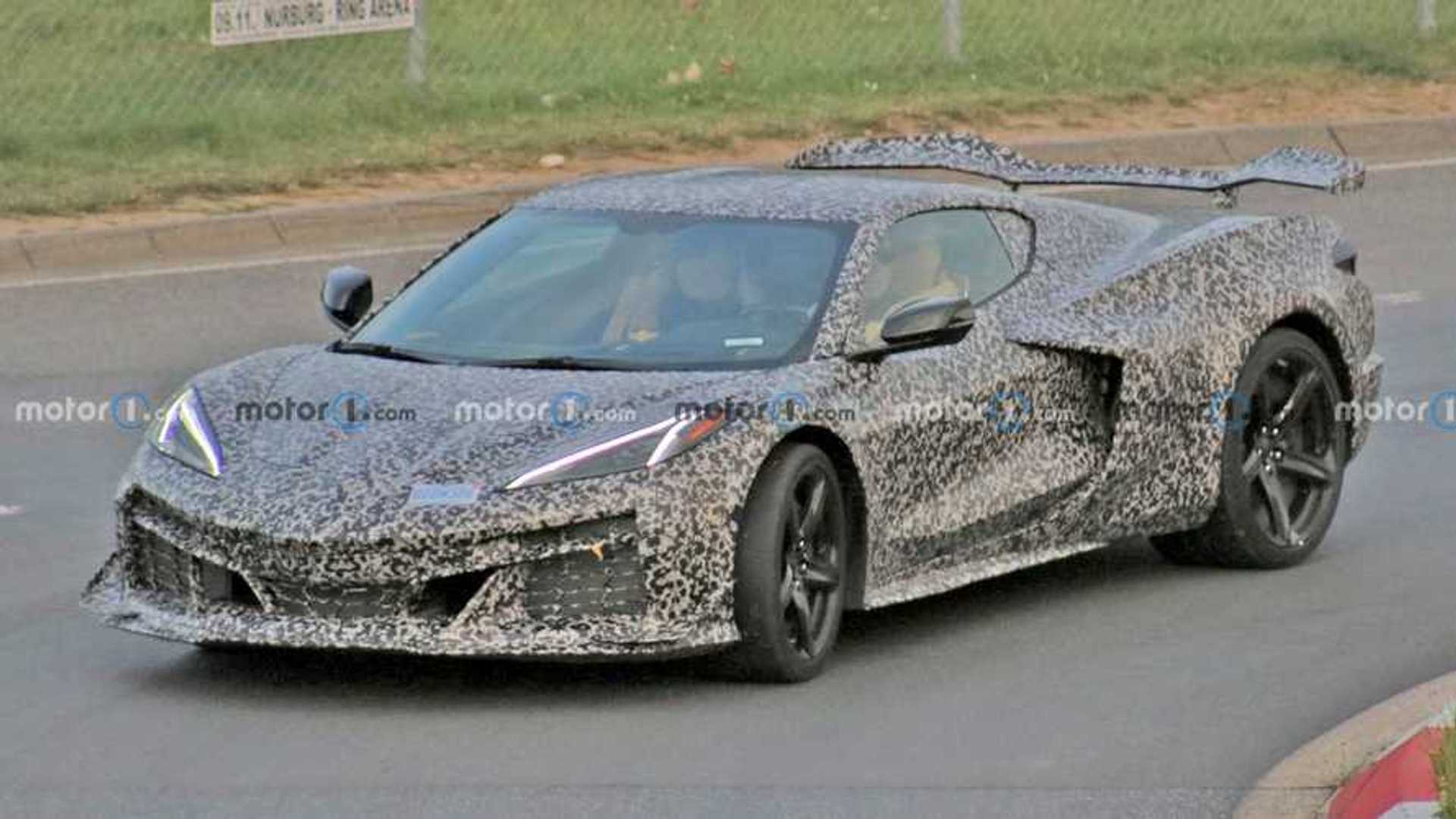 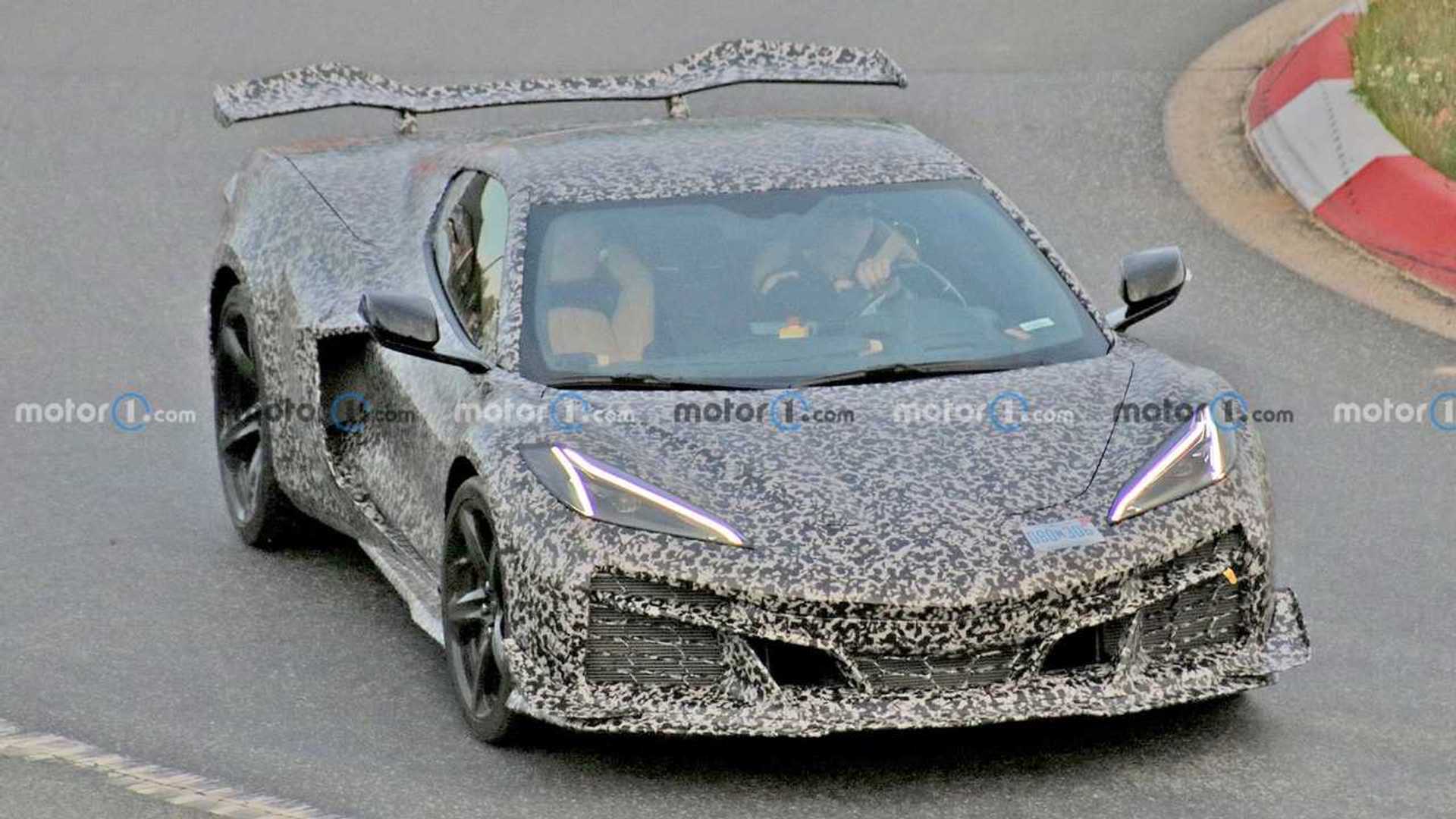 Along the sides, the inlets in the rear fenders are significantly larger. They look massive enough to suck in every leaf, stick, squirrel, and chipmunk that get too close when the Z06 is speeding down the road.

At the back, the Z06 wears a big wing with raised sections on each end. It’s hard to tell for certain, but the openings in the rear deck appear to be a bit bigger, too. An overhauled bumper has small vents in the corners. The lower section relocates the four exhaust pipes to the center and has mesh sections flanking them.

Looking through the windows, we can’t see any major changes to the cabin. Although, this is still a pre-production vehicle, so there’s still time to make changes.

Rumors still suggest the Z06 uses a version of the dual-overhead cam, 5.5-liter V8 from the C8.R race car. This powerplant allegedly has 617 horsepower (460 kilowatts). A flat-plane crankshaft allegedly helps the mill have a 9,000 rpm redline, which should sound amazing.

Chevy’s teaser campaign says the Z06 debuts this fall. The timing hints that the premiere might happen at the 2021 Los Angeles Auto Show in November. Sales wouldn’t start until some point in 2023. Judging by the sales success of the standard C8, expect it to be difficult to get one of the first examples to arrive at dealers.