Chevrolet Will Build an Electric Silverado 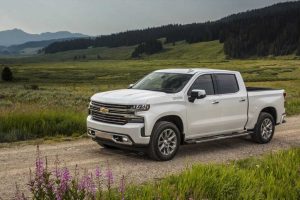 General Motors announced Chevrolet is introducing an electric Silverado pickup, built at the company’s Factory Zero assembly plant in Detroit and Hamtramck, Michigan. GM president Mark Reuss made the announcement, also confirming that the recently shown GMC Hummer electric SUV will be built there. GM previously said the Hummer pickup and Cruise Origin will be built at Factory Zero as well. The Hummer pickup should start rolling out of the plant this year.

GM said it plans to deliver more than 1 million EVs globally by 2025 and intends to earn EV “market leadership in North America,” adding that “with the company’s Ultium Platform, virtual development tools and technology, GM has reduced vehicle development times by nearly 50 percent to just 26 months.”

The company said the electric Silverado is designed from the ground up to be an EV. GM estimates that the Silverado will offer a range of over 400 miles on a full charge and will be available to both retail and fleet customers. 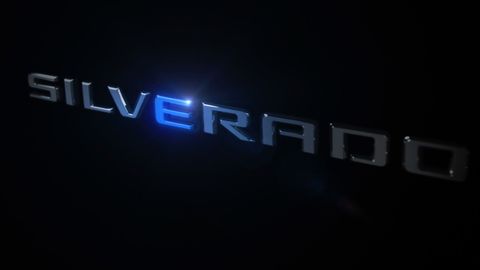 Reuss said the Chevrolet takes “everything Chevy’s loyal truck buyers love about Silverado—and more—and puts it into an electric pickup that will delight retail and commercial customers alike.”

As we reported a couple of days ago, the 2024 Hummer EV SUV uses the Ultium Platform and launches with the Edition 1. 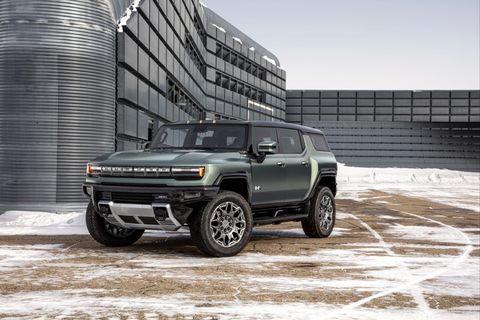 In January 2020 GM said it was investing $2.2 billion in its Detroit-Hamtramck plant to produce several electric trucks and SUVs. GM renamed the plant Factory Zero a few months earlier to reflect the plant’s importance in advancing GM’s vision of a future with zero crashes, zero emissions, and zero congestion, as the company puts it.

How important is the plant? GM says Factory Zero is the “launchpad for GM’s multi-brand EV strategy. The facility has advanced technology and tooling and was designed with a focus on sustainable manufacturing.”

To produce EVs, Factory Zero is being retooled and renovated and GM says it’s the company’s largest-ever plant redo. The company says the paint and body shops and general assembly areas are getting comprehensive upgrades “including new machines, conveyors, controls, and tooling.”

General Motors has made several announcements in the last year and a half about its goals of an electric, zero-emissions future, including a modular propulsion system and flexible EV platform powered by proprietary Ultium batteries. The company said it has committed more than $27 billion to EV and autonomous vehicle development, including $7 billion in 2021. It said it plans to launch 30 EVs globally by the end of 2025, with more than two-thirds available in North America. The company says that between Cadillac, GMC, Chevrolet, and Buick, GM will have EVs at all price points. Chevrolet recently announced its 2022 Bolt EUV and Bolt EV, both expected in dealerships this summer.

In January 2021, GM unveiled BrightDrop, a new business aiming to electrify and improve the delivery of goods and services by offering an ecosystem of electric first-to-last-mile products, software, and services, the goal being to help “empower delivery and logistics companies to move goods more efficiently.”

The company says its zero-emissions technology will extend to fuel cells, announcing it will supply its Hydrotec fuel-cell power cubes to Navistar for use in its production model fuel-cell EV—the International RHTM Series.

GM also said it would spend $2 billion on its Spring Hill, Tennessee, assembly plant to begin the transition to become the company’s third EV plant, in addition to Factory Zero and Orion Assembly in Orion Township, Mich.

Back in 2019 GM announced the formation of Ultium Cells LLC, a joint venture with LG Energy Solution to mass-produce battery cells in Lordstown, Ohio, for future EVs. Construction of the $2.3 billion facility is underway, GM said.

How soon would you go for an electric Silverado? Log into the comments and let us know.