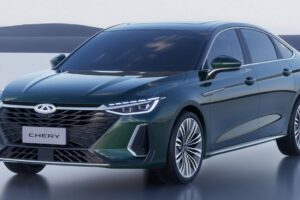 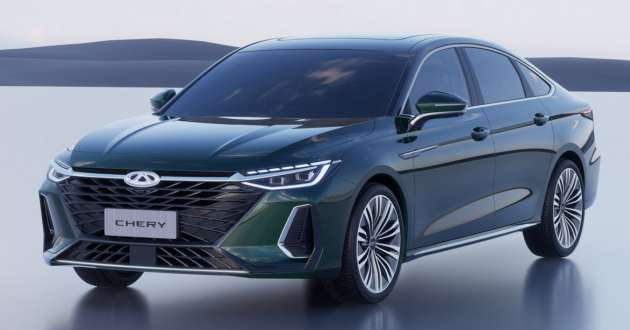 Chery has released the first images of the new Arrizo 8, a D-segment sedan that will take on the Toyota Camry, Honda Accord and Kia K5. In China, the carmaker’s crossovers and SUVs are part of the Tiggo series, while sedans form the Arrizo series.

The latter currently includes the Arrizo 5 Plus, Arrizo 5 Pro and the sporty Arrizo GX, with the upcoming Arrizo 8 set to be positioned above all three when it goes on sale in the country in the third quarter of this year.

According to CarNewsChina, the Arrizo 8 will be offered with two petrol engines, starting with a turbocharged 1.6 litre making 197 PS (194 hp or 145 kW) and 290 Nm of torque. There will also be a more powerful turbocharged 2.0 litre rated at 254 PS (250 hp or 187 kW) and 390 Nm – both drive the front wheels through a seven-speed dual-clutch transmission. 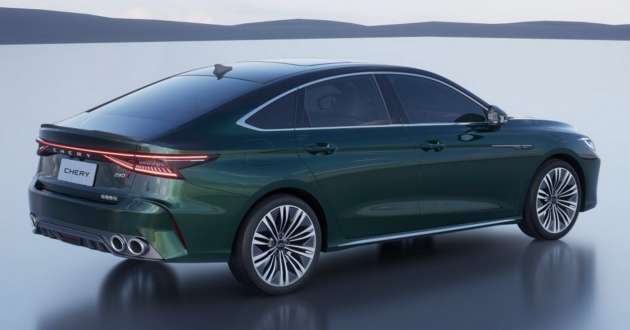 Design-wise, the sedan sports a large grille that is pinched near the bottom, with creases leading to prominent intakes at the corners of the bumper. Meanwhile, the sleek headlamps have a distinct LED daytime running light signature where the upper portion is made up of dashes.

The clusters appear to be linked by chrome strip running through an illuminated Chery badge, while the bonnet has quite a few creases for a muscular look. Along the sides, we find a fastback-like profile and fender trim that forms part of the character line running through the door handles towards the taillights.

At the rear, the Arrizo 8 gets two-piece taillights that wrap around the rear fenders and have a notched design to them, accompanied by a full-width light bar and the Chery script on a black trim piece. There’s also a small bonnet lip spoiler and faux air outlets at the edges of the rear bumper, which itself has a diffuser-like element and either two trapezoidal or quad round exhaust tailpipes. 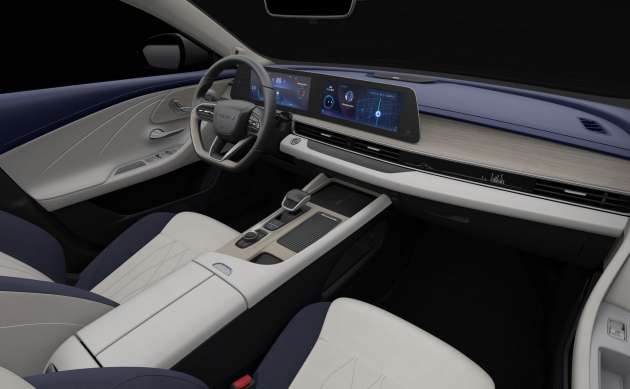 Inside, there’s a digital cockpit featuring dual 12.3-inch screens placed on top of a horizontal wide dashboard. Also seen are slim air vents that are visually connected by an insert with a curious graphic on it, while the lower part of the dash houses the engine start button and a touch-sensitive panel.

Elsewhere, the centre console is shaped asymmetrically with the driver in mind and accommodates a wireless charger, gear lever, covered cupholders and media controls. A flat-bottomed steering is also part of the setup, and the Arrizo 8 certainly looks a lot more premium compared to other Chery models thanks to its artsy door cards and use of leather, wood and metal materials.

The Arrizo 8 is expected to come with a host of ADAS equipment and it’s been reported that it will be priced from 140,000 yuan (RM93,312). What do you think of the new Chery sedan? Do you prefer it to other D-segment sedans from Japanese and Korean brands?