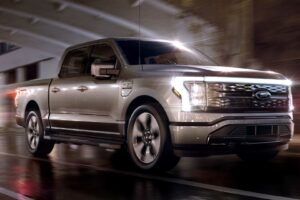 Ford CEO Jim Farley has embraced electric cars, and the Big Three automaker is having plenty of success in the early stages of its transition to an electric car maker. However, in order to best compete with rivals, Ford will have to tweak its plans until it figures out what works best. Farley’s latest idea takes the company back to its roots, shifting back to in-house production of EV components.

Automakers have been concerned for years that moving away from gas car production and toward a future of electric vehicles could mean the elimination of many jobs. While shaving down employees is a fantastic way to save money, companies like Ford may rather not have to lay off a whole host of workers in a hurry.

Farley has credited Tesla and Elon Musk for moving the EV transition forward, and the Ford CEO has even noted that the Detroit automaker has learned from the Silicon Valley EV producer. Tesla makes its own seats, many of its own battery cells and battery packs, and the list goes on and on. In fact, Musk’s company wasn’t impacted nearly as much as most automakers during and after the pandemic thanks in part to the fact that it handles many facets in-house.

According to Electrek, Farley recently told reported at an event in Detroit that Ford is “going back to our model A.” As the company works to ramp up electric car production, it’s now hoping to find a role for all of its employees. The CEO noted that it takes about 40 percent less labor to produce EVs than gas cars, and it planned to lay off 3,000 people. Now, Farley’s new idea could save many of those jobs. Farley explained via Electrek:

“We’re going back to where we were at the beginning of the century. Why? Because that’s where the value creation is. It’s a huge transformation.”

Farley made it clear that as Ford produces compelling EVs like the F-150 Lightning and Mustang Mach-E, it wants to be “number 1” in the industry. To top Tesla and keep up in the race with General Motors, Ford must work to produce its own EV components and batteries, which will also secure current jobs and potentially create more.

Ford is currently buying its batteries and electric motors from various suppliers. Down the road, it will produce batteries at its BlueOval City SK Battery Park in Kentucky. However, starting sooner, the Big Three automaker is going to begin transitioning to the new in-house plan. It already has enough supplies to reach its goal of making 600,000 EVs by the end of 2023, but it wants to be producing two million per year by 2026.