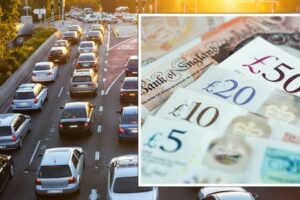 In one example, he said drivers could save over £150 per month under the system, helping drivers get behind the wheel of some of the most modern vehicles.

He said: “Another incentive which needs more exposure is a little-known government-endorsed scheme which enables people to lease rather than buy an electric car via their employer.

“It’s like the cycle-to-work scheme for electric vehicles and halves the normal cost of accessing an EV.

“I certainly hope this particular scheme will run right through to 2030, it’s not one we want to see pulled prematurely.

“I’d encourage anyone who is fed up with the news of [cuts] to start badgering their boss so they can end up with an even better deal.”

This will rise to two percent in 2022 before remaining at this rate for the following years up until 2025.

Past this date, the future of the benefit-in-kind rates is unclear as the Government has yet to publish any new tables.

The Association of Fleet Professionals (AFP) have previously wanted clarity on rates, saying it was “needed”.

The future of electric car support is also unclear after the Government cut electric car grants from £2,500 to £1,500 last week.