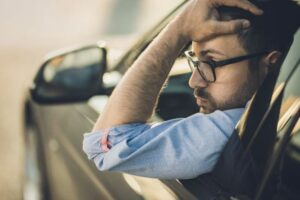 Paul Hollick, spokesperson for the Association of Fleet Professionals (AFP) says it would “make sense” for rates to rise as electric cars become more dominant. However, he has urged the Government to loom at rising rates in a “planned and responsible manner” which would not harm businesses and customers.

Speaking to Fleet News he said “other sources of taxation” could also be considered to raise revenue.

He said: “As EVs become the dominant power in company cars, which we expect to happen around the middle of this decade, the Government could reasonably move to reduce the incentives attached to them or look to other sources of taxation in order to maintain revenue.

“That makes sense but it needs to be done in a planned and responsible manner.”

BiK rates for fully electric cars were dramatically axed from 16 percent to zero percent in March 2020.

Rates increased to one percent in March 2021 and are set to rise to two percent next year.

Octopus Electric Vehicles has previously revealed the drop in Benefit in Kind rates has led to a surge in drivers securing electric car leases.

Data from the group released last October showed electric vehicle leasing boomed by 91 percent in the first six months of the new scheme.

CEO Fiona Howarth previously described the updates as “staggering” and a “financial game-changer”.

However, the Government has yet to provide any further clarity on BiK or VED rates past 2025.

Mr Hollick has warned any substantial increase to BiK rates would be “unfair” on drivers who had planned ahead.