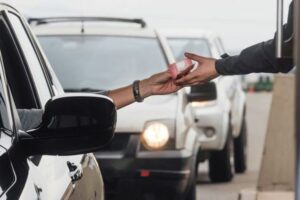 Ben Nelmes, spokesperson at New AutoMotive said a lot of electric car exemptions will run out by 2025. At this stage, prices may increase but he has warned owners should still make savings in the long run.

Speaking to Express.co.uk, Mr Nelmes said EV owners will still “end up with cheaper driving” due to the low electricity rates.

He said: “The incentives and tax breaks, the Government has said a lot of those will only stay around until 2025.

“After 2025 a lot of those exemptions will start to end.

“That will increase the way EV’s are taxed a bit more.

“Yes, there are going to be declining revenues from fuel duty.

“The good news for electric car owners is that even if they are taxed at an equivalent rate to fuel duty in petrol cars, the cost of electricity is so much lower they would still pay less to run it.

“I wouldn’t worry about the Treasury finding ways to recover that lost revenue for electric cars.

“Ultimately, you will still end up with cheaper driving.”

Analysis from PodPoint has previously estimated it would cost under £10 to fully charge a vehicle.

They said the average domestic electricity rate in the whole of the UK was 17p per kWh.

In comparison, the AA warned rising costs since the start of September had added nearly a fiver to the cost of filling up a 55-litre tank.