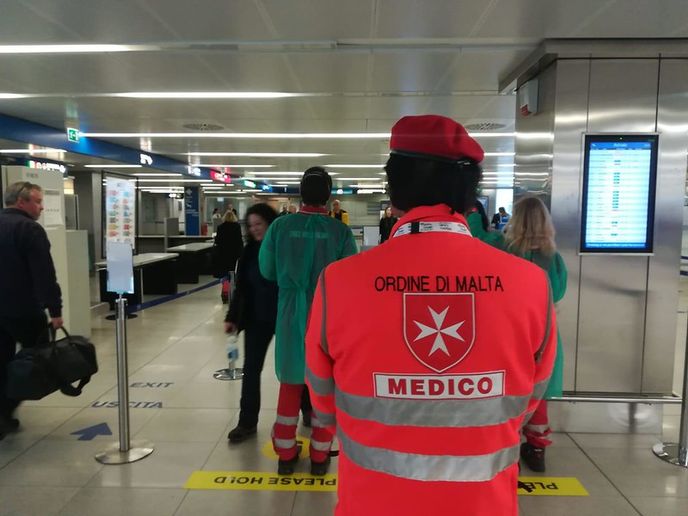 Since Feb. 23, there has been a 47% drop in customers hiring cars in Italy.

Since the outbreak of Coronavirus in China in December, the travel industry has been hit hard with cancelations and a drop in bookings.

This decline in travel bookings can be clearly seen when it comes to car hire. DiscoverCars.com has reported a total bookings drop by a third (around 30-35%) during the period of the end of February and beginning of March, both to areas affected by the virus and more generally.

When giving reasons for canceling, many DiscoverCars.com customers said that they did not want to risk it, either because they are traveling with young children or babies, people with existing health conditions, or because they are pregnant and are worried about contracting the virus.

Before the Italian outbreak at the end of February, only around 2-3% of DiscoverCars.com customers had cited Coronavirus as a reason for canceling their trip — but within a fortnight, that number had soared to 30%.

Since Feb. 23, there has been a 47% drop in customers hiring cars in Italy.

This pattern of customer cancelations can be seen in other countries, too. Germany has had a much larger number of cases, with over 1,112 people diagnosed by the March 10, and the drop in visitor numbers has reflected this: down 41% since the end of February.

Not all car hire cancelations are down to fear of contracting the virus. Governments around the world have been reviewing their travel advice for different countries on a daily basis, with some countries restricting entry entirely to people who have travelled through the worst-affected areas.

Some 13% of customers who made cancelations went on to book another destination, particularly those who had cancelled trips to Italy — so there is some feeling that some countries are safer to visit than others.

Destinations that have seen a small but significant increase in customer demand since the February outbreak include Ireland, Croatia, the Azores (Portugal), and Malta: all countries with much fewer reported cases of the virus.

DiscoverCars.com figures also show an increase in local tourism. For example, U.K. travelers are renting a car within the U.K. with a 17% increase compared to two weeks ago.

“As well as the shorter-term cancellations, coronavirus is proving to have an impact on our longer-term travel habits, too," Aleksandrs Buraks, head of growth for DiscoverCars.com, said in a statement. "Our data shows that customers are now much more reluctant to book a car in advance.”

According to the figures, last year, on average, people would choose to book a car around two months before a trip, whereas now, people are leaving their bookings until one month or less before they travel.

“The rise in cancelations so far this February/March shows that customer confidence in travel safety can change practically overnight," Burkas continued. "As coronavirus continues to spread and new cases are diagnosed all over the world, there will be a very worrying few months ahead for the travel industry, whilst companies try to work out what the real scale and economic impact of the epidemic will be."