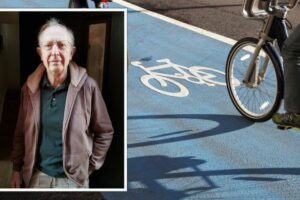 The county council is behind the scheme as it looks to make Dovecote Lane, Beeston safer for residents. The local authority said the road was narrow at its northern end and it was keen to make cycling more appealing for all ages.

The road is set to be subject to an “Experimental Traffic Regulation Order” (ETRO) which will allow cyclists, motorists and local residents to provide feedback.

This comes after people in and around the area said the changes were necessary.

Retired businessman Roger Pinder, 68, commented on the road and the problems people have experienced with it.

He said: “It’s been used for a long time as a cut-through to avoid traffic lights and a few people have used it before as a race track.

“It’s a miracle that no one has been killed or seriously injured before.

“The new plans will be an inconvenience for me because it’s a handy shortcut but I think it’s worth the sacrifice as cyclists and pedestrians will feel safer,” he told Nottinghamshire Live.

Experimental orders can only stay in place for a maximum of 18 months, allowing changes to be made during the first six months.

Sang Park, 48, explained she supported the plans but that she had concerns about the congestion it may cause in other parts of Beeston.

She said: “In principle It’s a good idea – particularly when you walk and cycle like we do.

“It’s not always safe to ride your bike on this road so I like it.

“But maybe a speed limit would be more practical long-term to avoid any congestion.

“I would also be concerned about delivery drivers not having easy access to make their deliveries on this street.”