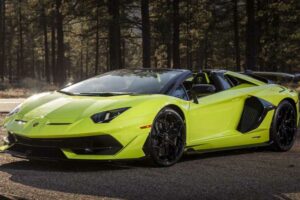 Canada passed a new tax on luxury goods that will make six-figure vehicles a bit more expensive. The tax went into effect on September 1 for new vehicles built after 2018 that cost more than $100,000. The luxury tax also applies to boats, and aircraft with fewer than 40 seats, though the value threshold for those items rises to $250,000.

It’s not an all-encompassing tax. Commercial vehicles aren’t subject to the fee, nor are vehicles such as motorhomes or anything with a weight greater than 8,501 pounds (3,856 kilograms). Motorcycles are also exempt, as are recreational machines like ATVs and snowmobiles. The tax will be levied at manufacturers and companies who sell or import the vehicles, though it will only be assessed once. Presumably, that tax will then be passed on to the consumer.

According to CTV News, industry groups in Canada claim the tax could ultimately lead to $2.8 million in lost sales over the next five years. Mind you, that figure applies to all industries affected, not just automotive.