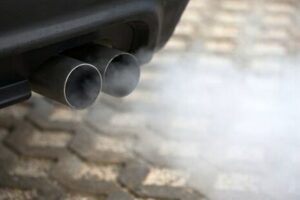 Canada has announced that it will ban the sale of new petrol and diesel-powered cars and light-duty trucks from 2035, making it the latest country to set a timeline on outlawing internal combustion engined vehicles.

Only zero-emissions cars and trucks can be sold from 2035, and the government says that it will introduce a mixture of investments and regulations to help the automotive industry make that transition. Interim targets are also being set for 2025 and 2030, Reuters reports.

The country’s environment minister, Jonathan Wilkinson, said that Canada’s zero-emission vehicles sales targets will be aligned with those of its neighbour. “We will work with the United States to harmonise fuel efficiency regulations and we’re investing in consumer rebates, charging stations, business tax breaks and industry transition costs,” he said via a statement.

Prime minister Justin Trudeau has pledged to put Canada, the second-largest country by land mass in the world, on a path to net-zero emissions by 2050, and moving land transportation away from fossil fuels is key to meeting that goal. Presently, only 3.5% of vehicles sold in the country are electric.

Canada’s move follows on the announcement made by the UK that it was moving forward its ban on the sales of new petrol and diesel cars from 2040 to 2030, having brought it down initially to 2035. In 2017, both France and the Netherlands announced that they would halt sales of fuel-powered vehicles in 2040 and 2030 respectively, while in 2016, Norway had indicated that it would be doing the same by 2025.

Closer to home, Thailand is planning to outlaw the sales of fossil fuel-powered cars by 2035, while Singapore has revised its deadline to 2025, five years sooner than previously scheduled. Meanwhile, Japan was last reported to be considering the abolishment of new petrol-powered vehicles by the mid-2030s.