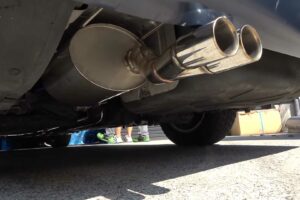 That includes cars and light-duty trucks.

Canada officially joins a growing list of cities, states, territories, and countries around the globe that plan to step away from fossil-fuel-powered vehicles in the near future. In a major announcement on June 29, Canadian Prime Minister Justin Trudeau said the country will ban sales of new fuel-burning vehicles in 2035. From that point forward, only zero-emission vehicles will grace showrooms and new car dealerships.

The ban isn’t all inclusive, however. It covers cars and light-duty trucks like the Ford F-150, but apparently leaves the door open for heavy-duty trucks and commercial vehicles. According to Reuters, investments and regulations will help ease the transition for automakers. Additionally, Canada plans smaller targets for 2025 and 2030 that will set the stage for the large transition. Ultimately, Canada’s goal is to reach zero-emission status by 2050.

It won’t be an easy task. A plethora of electric vehicles are poised to enter the market in the next few years, but Canada is among the largest countries in the world when it comes to total landmass. Range and recharge times could be an issue for many Canadian buyers, as evidenced by only 3.5 percent of new vehicles sales presently going to the EV segment as reported by Reuters. Stepping that up to 100 percent in 14 years will be a challenge, but it could be easier than a transition in the US where just 2 percent of new car sales are electric. According to Pew Research, Europe leads the world at 10 percent, followed by China at 5.7 percent.

Of course, the United States doesn’t have a specific timeframe yet for going fully electric on new cars. California is slated to ban ICE vehicles by 2035, which could ultimately become a similar timeframe for the entire country. The United Kingdom looks to go EV only starting in 2030, with a litany of other countries following similar timelines with new internal-combustion bans ranging from 2030 to 2040.