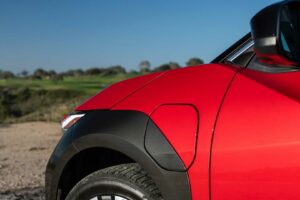 Lars Carlstrom, the founder of Britishvolt and the founder-CEO of Italvolt, announced the launch of a new company – Statevolt, with a goal to build a battery plant in California.

According to the press release, the plan is to construct a 54 GWh lithium-ion manufacturing plant in Imperial Valley, Southern California with an expected CapEx of $4 billion.

For reference, the Britishvolt plant in the UK is expected to have an output of up to 30 GWh per year, while the Italvolt in Italy is about 45 GWh per year.

It’s an interesting announcement, as 54 GWh is a quite significant volume for a new independent company (not related to any existing battery manufacturer or carmaker). Statevolt estimates that 54 GWh would be enough for around 650,000 electric vehicles per year (assuming some 83 kWh/vehicle on average) – more than Tesla produces at its massive plant in Fremont, California.

It’s an open question as to which customers would be willing to use Statevolt batteries and what type (chemistry and cell form factor). Another thing is to attract investors for such an ambitious project.

“Under the terms of the LOI, CTR will deliver sustainable, locally produced lithium and geothermal power, from the company’s to-be constructed Hell’s Kitchen Lithium and Power development. Statevolt is currently undertaking due diligence to determine the best location on which to build its facility.”

“CTR’s leadership team, having constructed and managed geothermal operations in the Imperial Valley region for over 30 years, are uniquely positioned to provide Statevolt with strong regional experience and technical knowledge to optimize Statevolt’s commitment to deliver the highest standards of sustainability.”

Because the EV market is rapidly expanding and there is high demand for lithium-ion batteries for electric vehicles, a completely new battery manufacturer has some chance of success. Probably the first and so far the most advanced is Northvolt in Sweden, which, entered into partnerships with multiple manufacturers, like BMW, Volkswagen Group and Volvo.