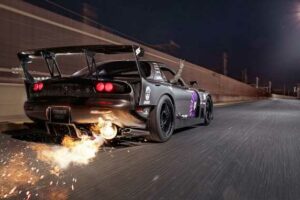 Beginning July 19, 2021, Californian automotive enthusiasts have yet another item to add to an ever-expanding list of dos and don’ts (mostly don’ts) regarding their mandatory biennial visits to certified smog facilities. Up to this point, if your car was armed with modified programming (software) on its ECU (Engine Control Unit), and as long as you passed a smog test, no one would raise an eyebrow. Come Monday, however, if your car’s ECU program isn’t verified as legal by a California Air Resources Board (C.A.R.B.) Executive Order, then your car won’t pass smog, regardless of its emissions output.

It might seem like common sense given the Golden State’s reputation for strict smog guidelines and astronomical fees that only seem to increase each year, but again, previously, countless vehicles roamed California’s roads with performance-minded tunes applied to their ECUs. So long as the engine ran clean enough to meet state emissions guidelines, the smog tech would have no issue passing you. As of the 19th, if detected, an ECU modified in any way from the original factory settings without a C.A.R.B E.O. will result in your not getting an oh-so-vital piece of the vehicle registration puzzle.

For those using a system like Hondata’s FlashPro, a unit that plugs directly into the vehicle’s OBD II diagnostic port and allows custom calibration of fuel, timing, and other parameters, as well as real-time and stored data-logging options, returning the ECU to factory settings is quick and painless. Hondata even offers a slightly less potent C.A.R.B.-compliant version of the plug-in (CARB EO D-742-1) which, as mentioned earlier, is just fine by California officials.

The majority of systems similar to this, which allow fine-tuning, often don’t carry E.O. numbers, and converting their changes back to stock settings isn’t as simple as Hondata’s user-friendly approach. The process of gaining that coveted EO number is both costly and time-consuming, and most brands have no interest in the struggle.

This California guideline update comes on the heels of a significant effort put forth by the (Federal) EPA in recent years to crack down on performance companies and shops allegedly violating the Clean Air Act by selling devices that defeat factory emissions controls. Years ago, brands were sure to include “for off-road use only” labels on any engine performance-related components being sold, but that’s simply not going to cut it any longer.

Regardless of intended use, the EPA would like to see all devices pulled and stiff penalties applied to sellers and producers. In addition, the group aims to ban factory vehicles from being converted into track-only affairs. Long term enthusiasts and car builders have probably heard this story before, but things have tightened considerably with the EPA securing settlements against over 300 companies over the past decade, much of those taking place within the last few years and many well-known shops getting slapped with major fines, prompting more attention on the SEMA-driven RPM Act. This newly added smog check guideline certainly won’t be the last for California drivers as the country’s toughest region in terms of smog checks and registration which, coincidentally, is noted as housing the largest number of aftermarket enthusiasts in the U.S., continues to feel the pressure.