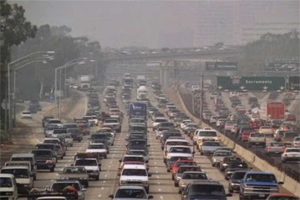 They are asking for President Biden to set a date in stone.

Two US senators want the Biden administration to set a date (or year) on when to phase out sales of passenger vehicles with internal combustion engines (ICE).

California’s Democratic senators Alex Padilla and Dianne Feinstein want Biden “to follow California’s lead and set a date by which all new cars and passenger trucks sold be zero-emission vehicles.” To be clear, this only includes new vehicles sold, it’s not a complete ban on all gas vehicles. The White House is currently creating new vehicle emissions regulations and has already told US agencies to reconsider the current fuel efficiency standards by July.

The two California senators also want the current administration to restore their state’s authority to set clean car standards. In 2019, the Trump administration revoked California’s authority to set its car emissions regulations. Biden has already asked the EPA and NHTSA to reconsider the decision. The District of Columbia and 13 states (about 40 percent of the US population) follow California’s vehicle emissions standards.

Last year, Biden’s campaign did not want to set a firm date on ending new vehicle sales of ICE vehicles but promised to help boost EV sales and the amount of charging stations. If the White House does commit to a year, it will likely be 2035 or 2040. California’s ban on new ICE vehicle sales is set for 2035.

The Trump administration wanted to reduce fuel efficiency standards. According to the Reuters report:

“The Trump administration in March 2020 finalized a rollback of fuel economy standards to require 1.5% annual increases in efficiency through 2026, well below the 5% yearly boosts in Obama-administration rules it discarded.”

Many European countries have set dates on ICE vehicle bans and so have automakers. General Motors announced in January that it plans to end the sales of all its ICE models by 2035. Volvo and Ford Europe aim to be fully electric by 2030.