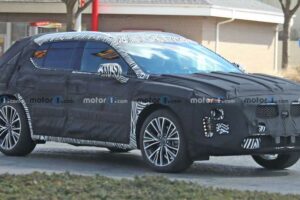 Our spies believe they have pictures of what might be an upcoming Cadillac crossover to slot below the XT4. If this is the case, then it might go by the name XT3.

The mystery crossover wears a double layer of camouflage. There’s a wrap with zebra stripes covering the body. On top of that, there’s black fabric on the front end, doors, and rear. 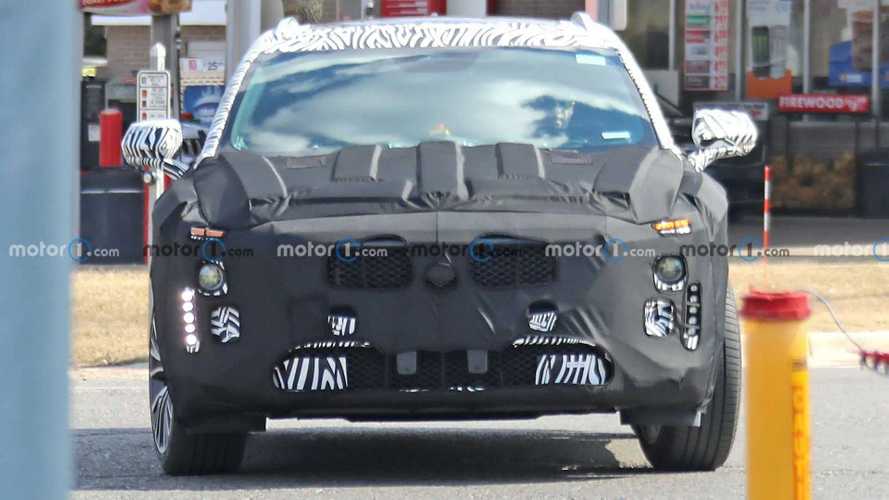 The lighting in front appears to use placeholder pieces. The vertical running lights on each side are Cadillac-light design cues. There is a broad grille with mesh in the center. The lower fascia is similarly wide.

In profile, the A-pillar has a steep rake. The camouflage hides all of the sculpting along the flanks. It rides on wheels with a complex spoke design.

There’s a hump on the rear deck that conceals the design of the back. The only portions that are clearly visible are the trapezoidal exhaust tips that are below each corner of the bumper. None of the lights are production-spec parts.

Our spies note that holes for mounting the license plate don’t match up to the normal location for a vehicle in the United States. The engineers had to drill new holes in the plate to make it fit on this car. This suggests the vehicle here might not be for the US.

If this is a Cadillac, as our spies suspect, then it might not have the moniker XT3 because General Motors doesn’t currently have a trademark for the name. As of February 15, 2021, the automaker lost its protection of the terms “XT3” and “Cadillac XT3.”

What also leaves us curious about this vehicle’s identity is that Cadillac might have an all-electric lineup by 2030. There’s no indication that this model is an EV, so it’s odd that this is under development at the same time as a bunch of zero-emissions products.

According to a recent rumor, Cadillac recently showed a small electric crossover to dealers. The model was allegedly about the size of the current XT4. The product plan was allegedly to sell the unnamed EV and the XT4 simultaneously for a few years.