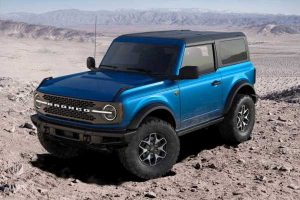 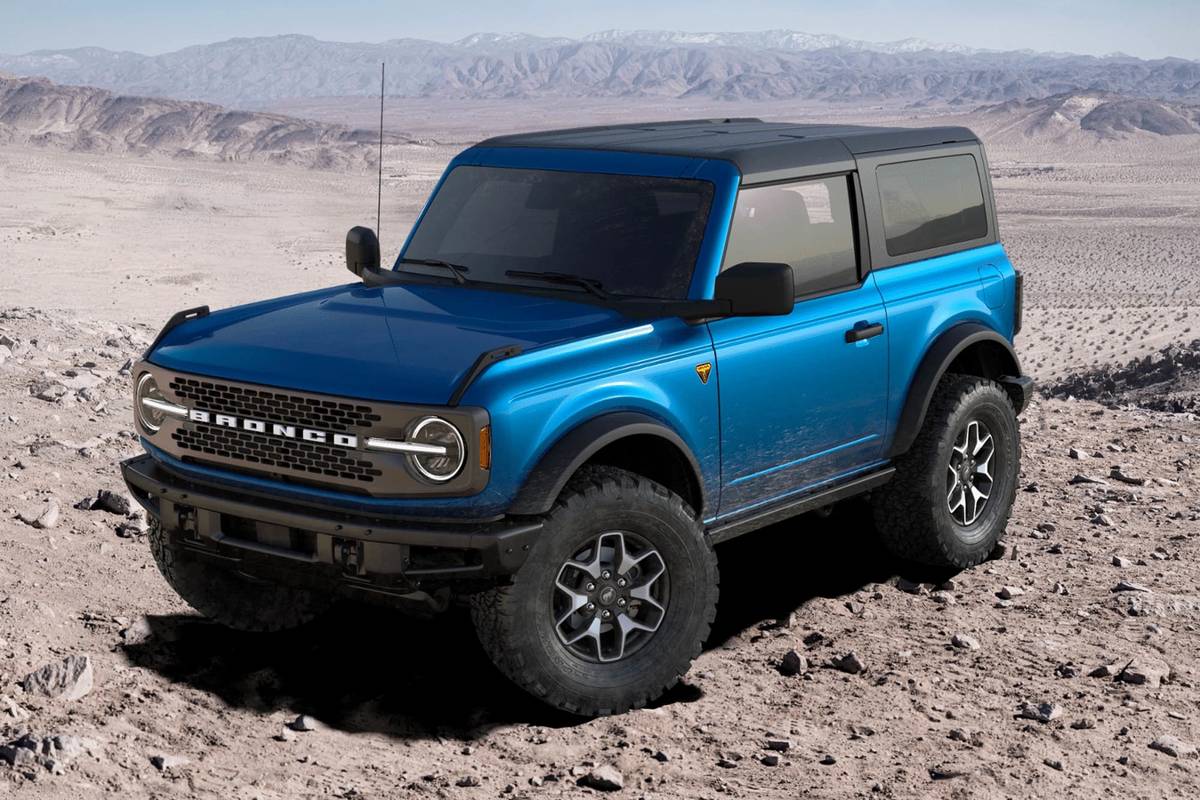 The wait … well, the wait isn’t over just yet, but the 2021 Ford Bronco configurator is now available, allowing fans and hopeful buyers of the hotly anticipated SUV to configure a two- or four-door model in their desired trim and start adding options to build the specific Bronco they want. Even the limited First Edition, which already reached its reservation limit, is available for configuration, so if you’re one of the lucky reservation holders (or just dreaming about owning one), now’s your chance to build to your heart’s content.

That’s assuming, of course, that your desired options are compatible. Despite Ford announcing it had heard customer demand and would allow the off-road Sasquatch Package to be paired with the seven-speed manual, the configurator told me I’d need to switch to the 10-speed automatic when I attempted to build a Bronco Badlands with the Sasquatch Package. Other odd quirks include optional paint protective film not being compatible with the Sasquatch Package, or upgraded bash plates not allowing the addition of optional on- or off-road recovery kits.

How I’d Spec Mine

In an ideal world, I could afford to build the ultimate rock-crawling Bronco. I’d take a two-door Bronco Badlands in Velocity Blue and add the $2,495 Sasquatch Package (but keep the manual and its 94.75:1 crawler gear). Wincing a little at the cost, I’d also splurge on the High Package equipment group ($2,790), mostly to get the 360-degree camera system for additional views while off-roading. The High Package also adds front and rear parking sensors — it would be a shame to ding the Bronco on something other than an off-road trail — and heated front seats, among other features.

I’d probably skip the $5,085 Lux Package (which builds off the High Package), and that means I’d miss out on adaptive cruise control, a heated steering wheel and the premium Bang & Olufsen stereo, but I’d rather have that money to spread around on some useful — and Ford warrantied — accessories like rock rails ($595 for the two-door), a winch ($2,500), a canvas bimini top for a state between roofless and hardtop ($359), and a larger storage bag for the roof panels and doors ($359). It turns out that’s actually more than the $2,295 I would’ve spent going from High to Lux, but I was never very good at math. Ford also offers a heavy-duty off-road recovery kit and ARB-brand air compressor, both very useful tools for off-roading, but I have a feeling I could put together my own recovery kit and buy my own compressor for less than the $329 and $369, respectively, that Ford is charging for those accessories.

Total cost of my dream Bronco build? Well, the configurator added the 10-speed automatic despite my desire not to have that, so subtracting $1,595 results in a total price of $52,679, including a $1,495 destination fee — not cheap, but you could easily pay a similar price for a two-door Jeep Wrangler Rubicon, which starts at $40,435 for a six-speed manual version but can be optioned to well over $50,000 with ease.

The Sky’s the Limit

That’s just one possible configuration for the 2021 Bronco. Maybe you’d prefer a four-door, or an entirely different trim. Maybe you’re just interested in the cheapest, Sasquatch-equipped Bronco you can get ($35,785, according to the configurator, for a base Bronco with the Sasquatch Package, but, again, it adds the 10-speed automatic, so the truly cheapest Sasquatch Bronco will likely be even less). My build also skipped over many of the wealth of accessories available right from the factory. The world is your oyster, so get configuratin’ (and probably start saving, too).