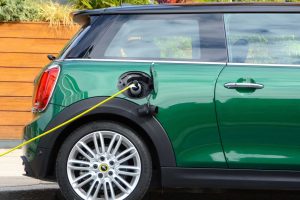 Electric Vehicle Association England is pushing for a 2030 ban on the sale of new ICE vehicles.

Electric Vehicle Association (EVA) England, a new consumer association, has been launched to support the interests of current and future electric vehicle owners in England.

Similar associations already exist in Scotland, Norway, the Netherlands, Canada and the USA, and EVA England will officially be launching later this year.

EVA England has already conducted its own survey regarding the UK government’s planned phasing out of the sale of traditional combustion vehicles and 82 percent of the 1,114 respondents feel that the rule should be brought forward from 2035, with 60 percent saying that a 2030 phasing out of ICE vehicles would be a good idea.

Despite the dramatic shift for the automotive industry, 74 percent said that they felt the motor industry would be able to keep up with demand for EVs, and 78.5 percent did not believe that it would put unfair pressure on the industry.

EVA England is encouraging the UK government to move the ban forward to 2030, and will also suggest introducing a scrappage scheme, grants, loans, and more investment in charging infrastructure to help encourage more to make the switch the EVs.

“We are at a critical juncture in our country’s automotive history,” said Bridget Phelps, EVA England chair. “Climate leadership demands that we move more quickly to clean our air. Development of electric cars and vans, their batteries, and renewable energy will create jobs and build a path to a more sustainable economy.”

Ade Adepitan MBE, Paralympic medallist, journalist and TV presenter, and Honorary Member of EVA England added: “I thought I would miss combustion cars but after I went electric about four years ago, I’ve never looked back. I’m delighted to join EVA England as an Honorary Member and to do my bit to help smooth the transition to zero emission transport.”