British expats are still banned from driving in Spain 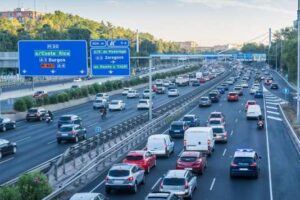 British expats in Spain are being left in limbo after negotiations between the two countries continue to stall, leaving drivers off the road. Since May, Britons living in Spain have been banned from using their UK driving licences on Spanish roads, much to the dismay of expats.

The “Brits in Spain” Facebook page has been the main source of information for expats looking for any developments with the situation.

Hugh Elliott, the ambassador of the UK to Spain, has been involved in the situation, updating expats on the Facebook page with the latest news.

He has previously met with drivers to help understand how much the inability to drive is really impacting those who have been affected.

The latest update stated: “We wanted to let you know some of what has been happening since the Ambassador’s last video message.

READ MORE: E10 petrol could cause cracking and ‘dry out’ rubber seals

“Teams on the UK and Spanish side continue to negotiate to try to reach an agreement on the final points in the annexes.

“The UK’s Minister for Europe was in Spain today and raised the driving licence issue with his counterpart in an attempt to get the outstanding points over the line.

“Stressing again the huge impact that the inability to drive is having on people.”

As Mr Elliott said in his last update, the British side said they were not underestimating the difficulties some people are facing.

It added that “there was only so much that is within the gift of the UK Government”.

The statement assured people that it would seek to conclude negotiations as soon as possible to get drivers back on the road.

It concluded by saying that the case studies of the difficulties faced by Britons in Spain had been shared with the Spanish Government.

Despite the update, many drivers in the comments were furious that the situation had not yet been resolved.

One driver, Mitzi Andrews, suggested: “Why doesn’t the UK Government apply the same rule to Spaniards resident in the UK who are driving on a Spanish licence?

“If they now had to take a British driving test to continue driving in the UK, perhaps Spain would be more flexible with those British residents in Spain who need to get a Spanish licence.”

Another motorist, Paul Gowans, vented his frustrations at the slow negotiations, saying: “What a joke.

“The Ambassador and the team working on this should be ashamed of themselves. How difficult can it be to agree?

“Shameful and I’m sorry to say indicative of the shambles that is the UK.”

The British authorities have informed drivers who wish to continue driving to apply for a Spanish driving test, although it did acknowledge this may not be possible for everyone.

“Miss deadlines months on end. Only this team can be that far off a deadline and keep a job. Embarrassing to say the least.”

Another driver, Jason Anthony, joked: “No update then, same as the other months.

“Will Santa be allowed in Spain on a UK driving licence with his reindeers or does he have to apply for international driving permit?”