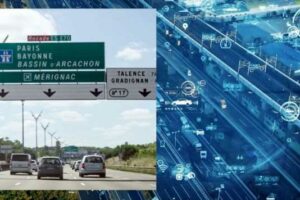 The new boxes will identify details of the car’s speed, acceleration, braking, steering angles, airbag deployment and even seat belt use. The information collected only concerns the mechanical aspects of the car’s performance, and does not include audio recordings.

There are concerns that the cost of installing the telematics equipment will drive the price of new cars up even further, with the expense being passed on to buyers.

It’s expected that the rule will still apply in this country despite the UK having left the European Union, according to the RAC.

Earlier this year plans laid out by the Transport Select Committee advised the Government it should consider a rule to make the devices mandatory in the UK to raise taxes.

The location-recording equipment has previously sparked privacy concerns, with the technology able to monitor speed and driving habits.

The data detected is deleted every 40 seconds, but it is expected that the boxes will be able to provide information on the moments leading up to and, therefore, the reasons behind any road accidents in which the car is involved.

Rather like aeroplane black boxes, they are designed to withstand crashes, flooding, and fire.

Depending on the car model and make, new cars will either have a new device retrofitted, or have an update to their existing computer systems.

But some experts in France are concerned that the new car rule could be extended to existing cars.

And that would mean drivers shelling out hundreds in order to have a black box fitted to their car.

French drivers’ association 40 Millions d’automobilistes’ Group Head Pierre Chasseray said: “Drivers will have to spend several hundred euros to install this box [if the rules are applied to existing cars as is expected in 2024].”

This won’t be helped by the fact that the new black boxes require semi-conductors to work, a shortage of which is expected to last until 2023 at least.

In the UK it’s believed that the devices could be used to act as a way of monitoring how far people have driven and charge them per mile.

That could form the basis of an alternative to the current road tax system and toll road structure.

The transport committee report in the UK stated: “The Government must examine the role that telematic technology can play in delivering a replacement road pricing mechanism that sets the cost of motoring based on the duration and time of the journey and vehicle type and size.

“The Government must assess the potential effect of telematic technology on changing drivers’ behaviour and delivering its wider policies on air quality, congestion, public transport and public health.”

Last year, thousands of French drivers protested the introduction of the black boxes.

They’ve already been mandatory for some years in the United States.

They record in five-second bursts, logging a car’s speed, braking and steering input in the seconds preceding and following a crash.

They are tamper-proof and the data they collect can only be accessed by police, it is claimed, with EU laws specifying that no information can be passed onto third parties such as insurance providers.