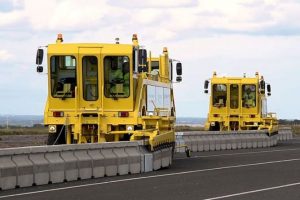 The government has warned that Brexit may lead to “disruption” for heavy goods vehicles while passing through Dover which could cause road delays. However, a new moveable concrete barrier could help reduce congestion during periods of cross-channel disruption.

The £55million device has a completion date of December 2020 in time for a “smooth” exit from the EU.

But the moveable barrier will only be needed during periods of heavy disruption meaning traffic can use the motorways normally during calmer periods.

Once a specialist vehicle is in place the moveable barrier can be deployed within just a few hours from the side of the hard shoulder. 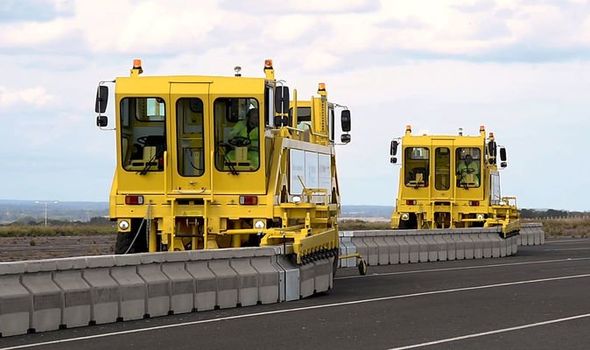 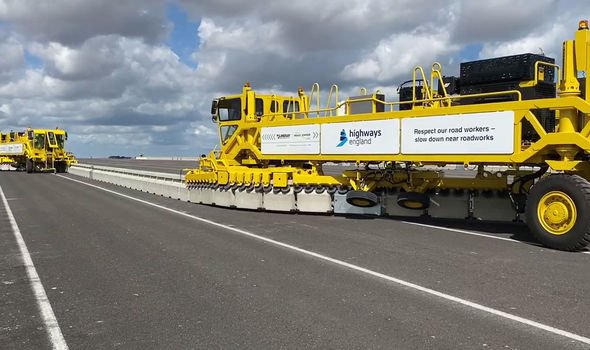 The new moveable barrier was announced by the Department for Transport in February 2020.

A spokesperson for Highways England previously said the new tool will ensure a “smooth exit” from the transition period.

They said: “I think it’s very important that we send out the message to the people of Kent that we are preparing.

“We are going to have a smooth exit from the end of the transition period and keep disruption on your motorway to a minimum.”

The government has been looking at various ways to minimise disruption on UK roads for months.

Last year, 89 lorries were seen taking part in test runs at a disused airport near Ramsgate to look at ways traffic could be improved.

Alongside the new barrier, truck drivers will need to secure a special permit to enter Kent in a new draconian measure.

Drivers of lorries weighing over 7.5 tonnes will need to apply for a “Kent Access Permit” to show they have all necessary paperwork to enter Europe. 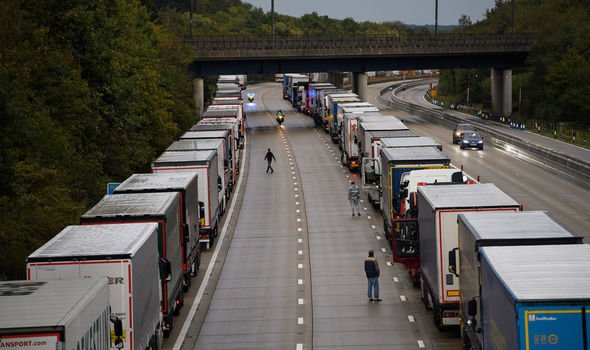 The restrictions will be legally binding meaning road users could be issued penalties for not complying with the rules.

The new system could prevent drivers from arriving at the border with the wrong documents which would not grant them access.

Michael Gove, the Chancellor of the Duchy of Lancaster has warned extra checks could lead to delays of up to two days for drivers waiting to cross the Channel. 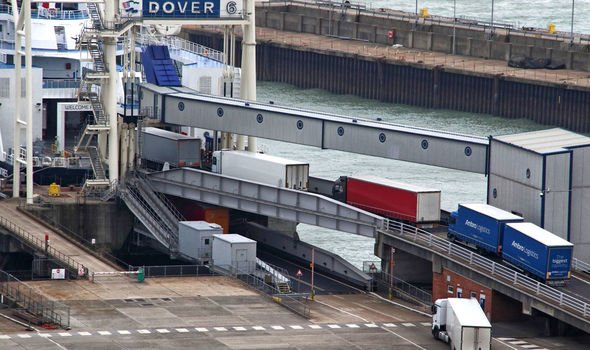 However, queues were likely to die down when companies realised they could not access the continent with the incorrect documents.

Highways England says drivers could be fined £300 if drivers for failing to have a ‘Kent Access Permit’ when travelling to the Port of Dover.

Fines can also be issued if drivers issue a fraudulent declaration which could slow down the checking process.