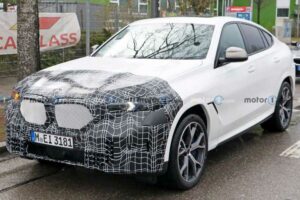 Spy photographers caught the refreshed BMW X6 parked on the side of the road. The location offered a fantastic opportunity for them to snap some pictures of the updated crossover.

The big changes to the refreshed X6 are at the front. The headlights are slimmer, and the design of the lamps inside them is different. The development team conceals the lower fascia with camouflage. Covering up the area suggests that there are tweaks to this area, though. The kidney grilles don’t seem to have alterations. 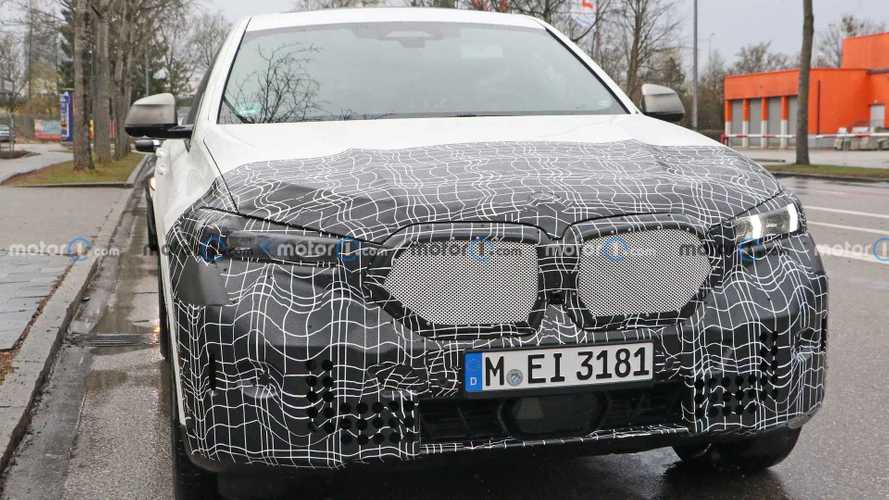 At the back, this X6 has a panel over the lower fascia to conceal the production version’s design. The exhaust design has a pair of dual pipes with a design that has a shared center divider for each side.

While not visible in these shots, earlier photos indicate that the X6 receives major changes to the cabin (below). BMW is testing them with a pair of new screens. Expect them to run the iDrive 8 software. The boxy displays in these development vehicles are not production-ready, though. There are also tweaks to the center console, including the loss of the tall gearshift in favor of what appears to be a much smaller rocker control.

There is no info about powertrain changes yet. We don’t have any indication that BMW plans to make big changes to the X6’s engines, though.

The exact debut date for the refreshed crossover is still a mystery. The major question is whether BMW plans to launch the updated X5 and X6 at the same time. If the company does this, then we should see both premieres in 2022. If not, then the X5 would likely arrive first, and then the X6 would come a bit later.

The rendering above takes the available info from the spy shots and imagines how the updated X6 might look when the camouflage comes off. The major adjustments are the redesigned lower fascia and headlights. The changes aren’t revolutionary, and only people really familiar with the model are going to notice the differences.