BMW Won't Actually Use Its New Logo on Its Cars

Alongside its new Concept i4, BMW recently unveiled a new design for its iconic blue, white, and black logo. The new roundel incorporates a flat color scheme and deletes the black background from the outside ring for a transparent one. As it turns out, BMW isn’t planning on using the new design on its cars.

Despite appearing on the nose of the Concept i4 (shown below), BMW confirmed to Motoring Research it has no plans to use the new design on its production cars. Instead, it’ll go on using the current logo, black ring and all.

So what’s the new logo for? Well, everything else, according to BMW. The company will begin to use the badge for all corporate communications, integrating the design into its events, car show stands, and media branding. BMW says its platforms should be fully transitioned to the new design by the end of May 2021. 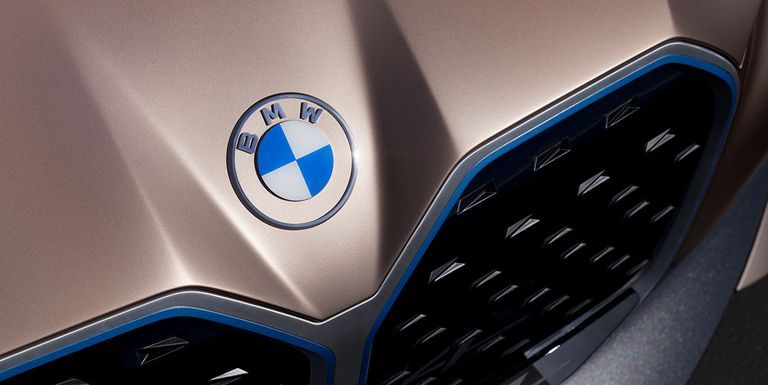 BMW says the new logo is “better-suited to the digital age,” claiming the pared-down, two-dimensional design “conveys openness and clarity.” Sure.

This isn’t the first time we’ve seen a German company switch up its long-standing, iconic logo with a minimalistic recreation—Volkswagen did it with its stacked VW badge in September 2019. The only difference? That design will actually make it to VW’s production vehicles.