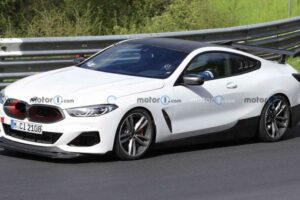 It will sit at the top of the 8 Series lineup.

We knew BMW was developing the hotter M8 CSL last year when spy photos emerged of a strange, partially camouflaged prototype. It wore some odd rear-window coverings, and a bit of camouflage hid the fascias, but now a new batch of spy shots show the high-performance coupe’s development is moving forward. The car has dropped nearly all of its camouflage, revealing an aggressive body kit, though the odd window coverings remain.

The M8 CSL will sit atop the 8 Series lineup, and it certainly has the looks to take that crown. The front wears a new, three-dimensional ovoid grille with striking red highlights reminiscent of the 2019 Vision M Concept. The new face sits above the new bumper design and a new splitter that will help increase downforce at high speeds. The headlights sport yellow diodes that are typical on BMW Competition models, too. The red brake calipers add a bit of color to the black-and-white prototype. 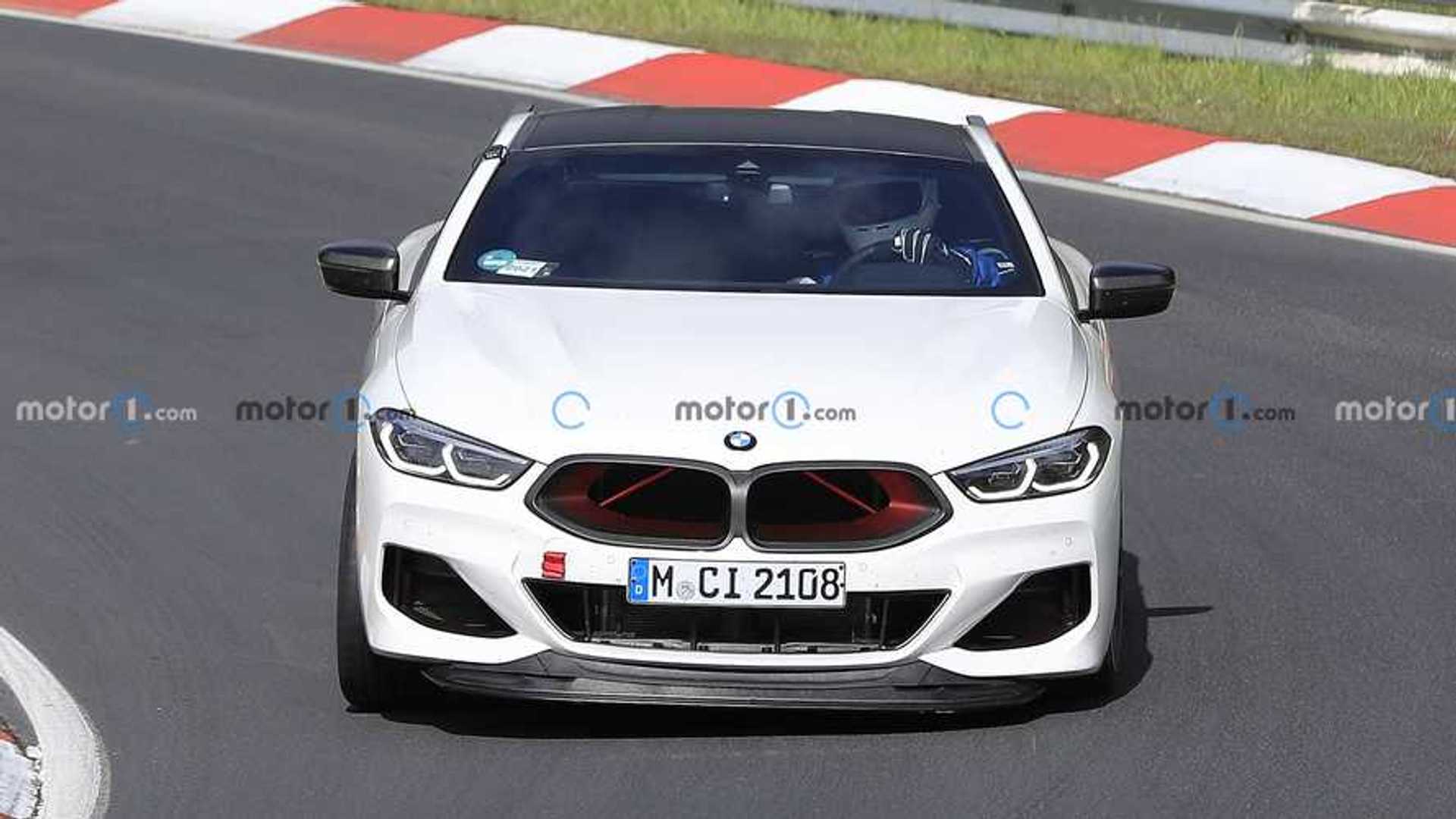 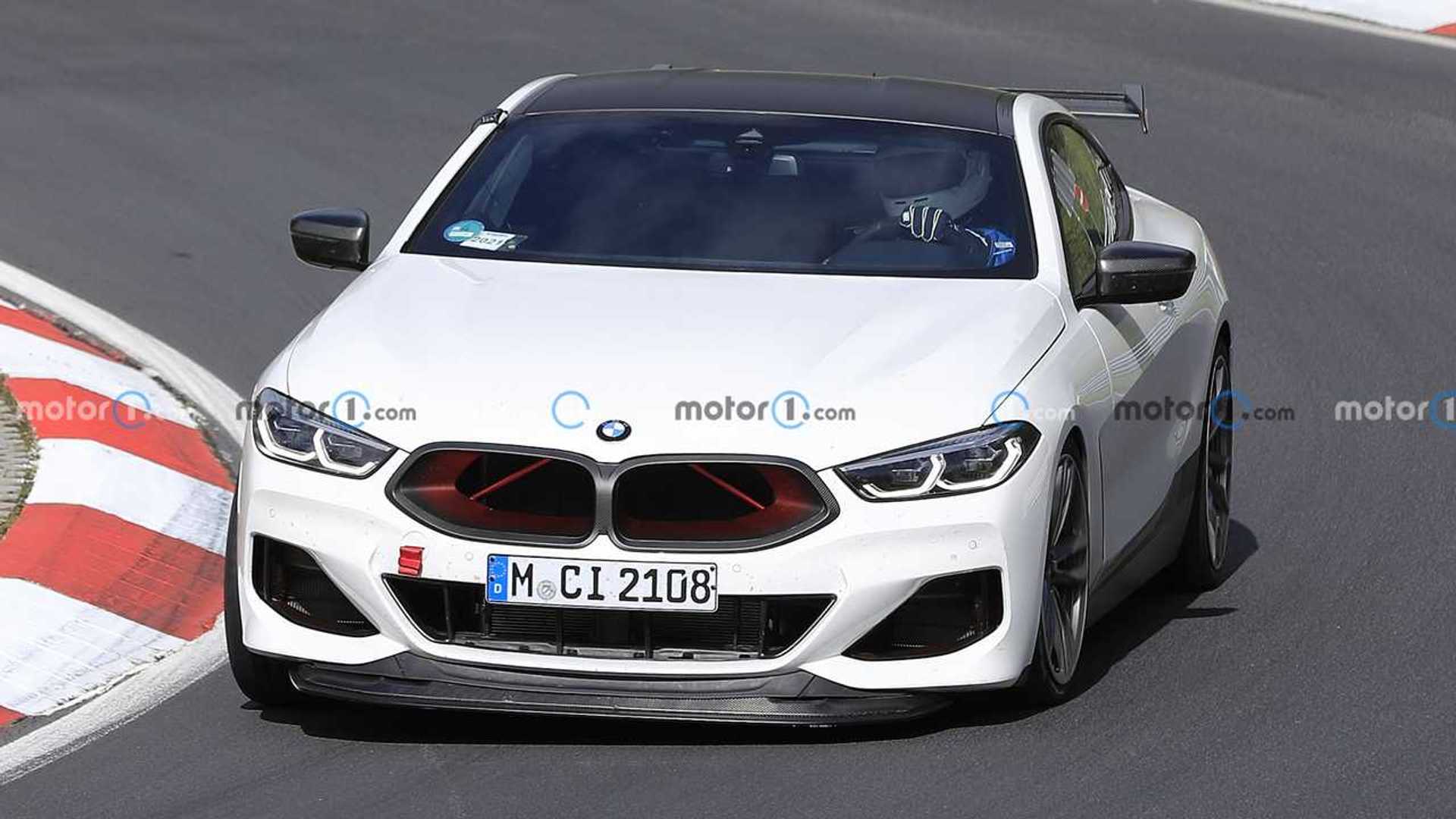 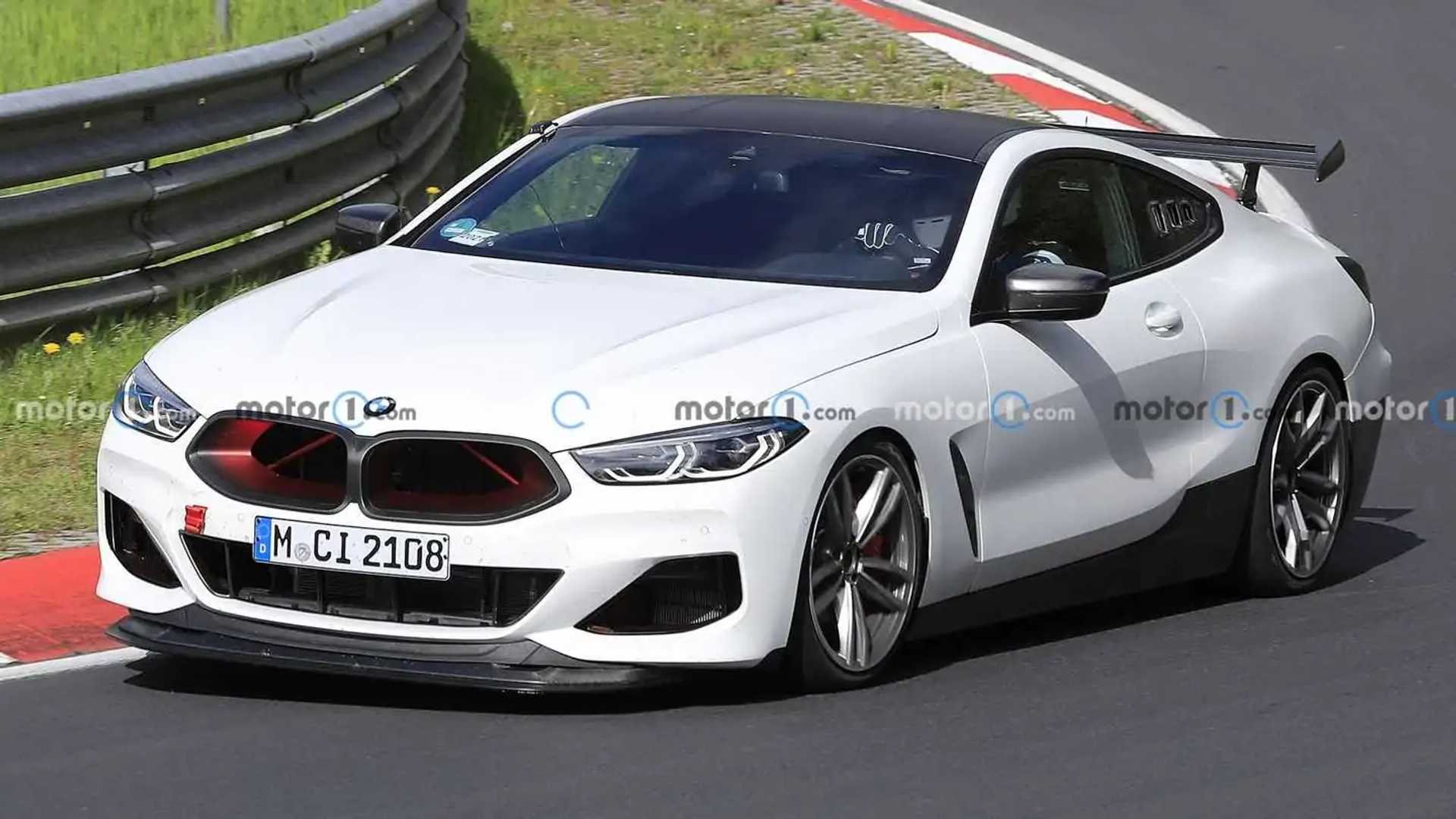 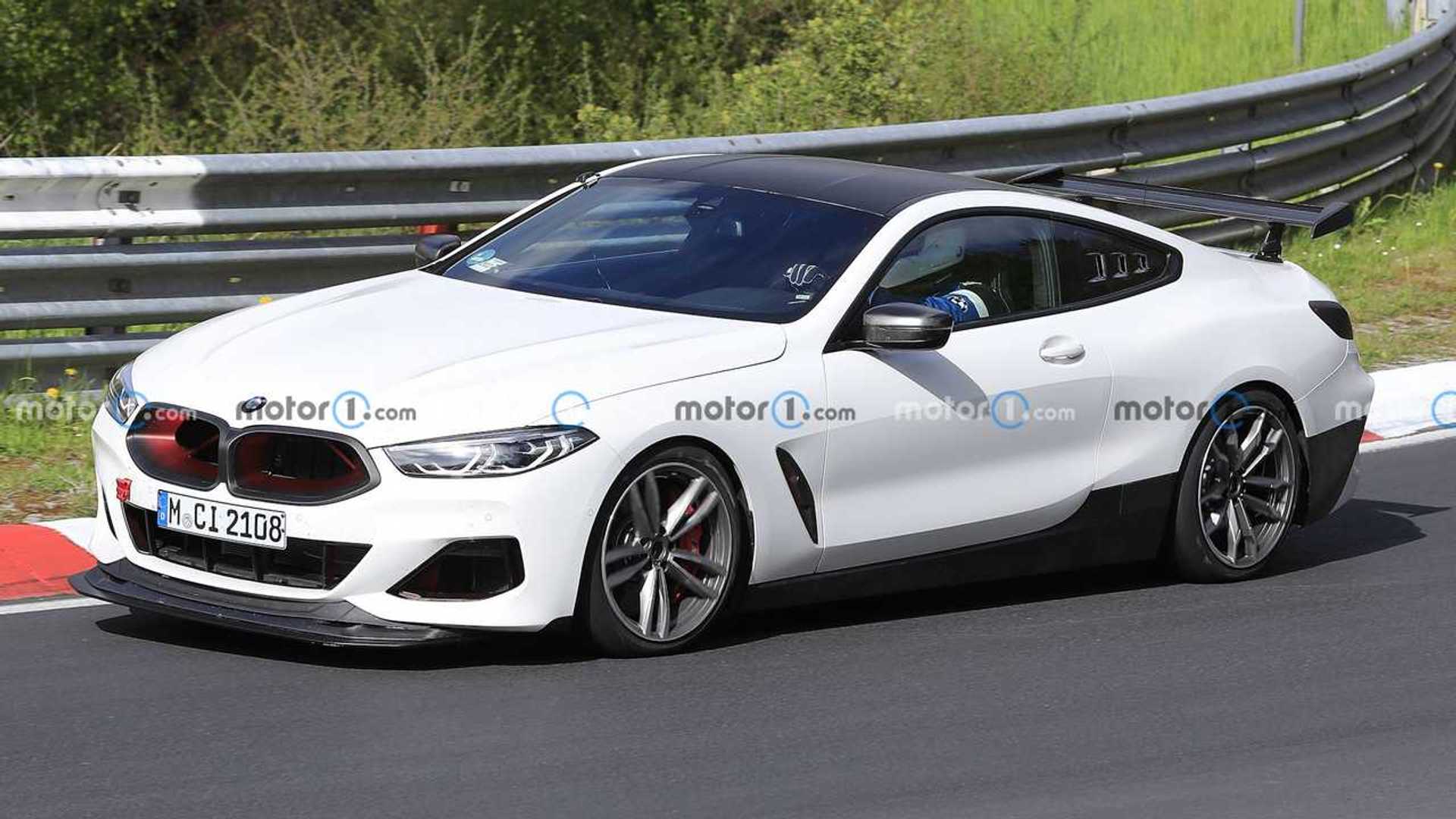 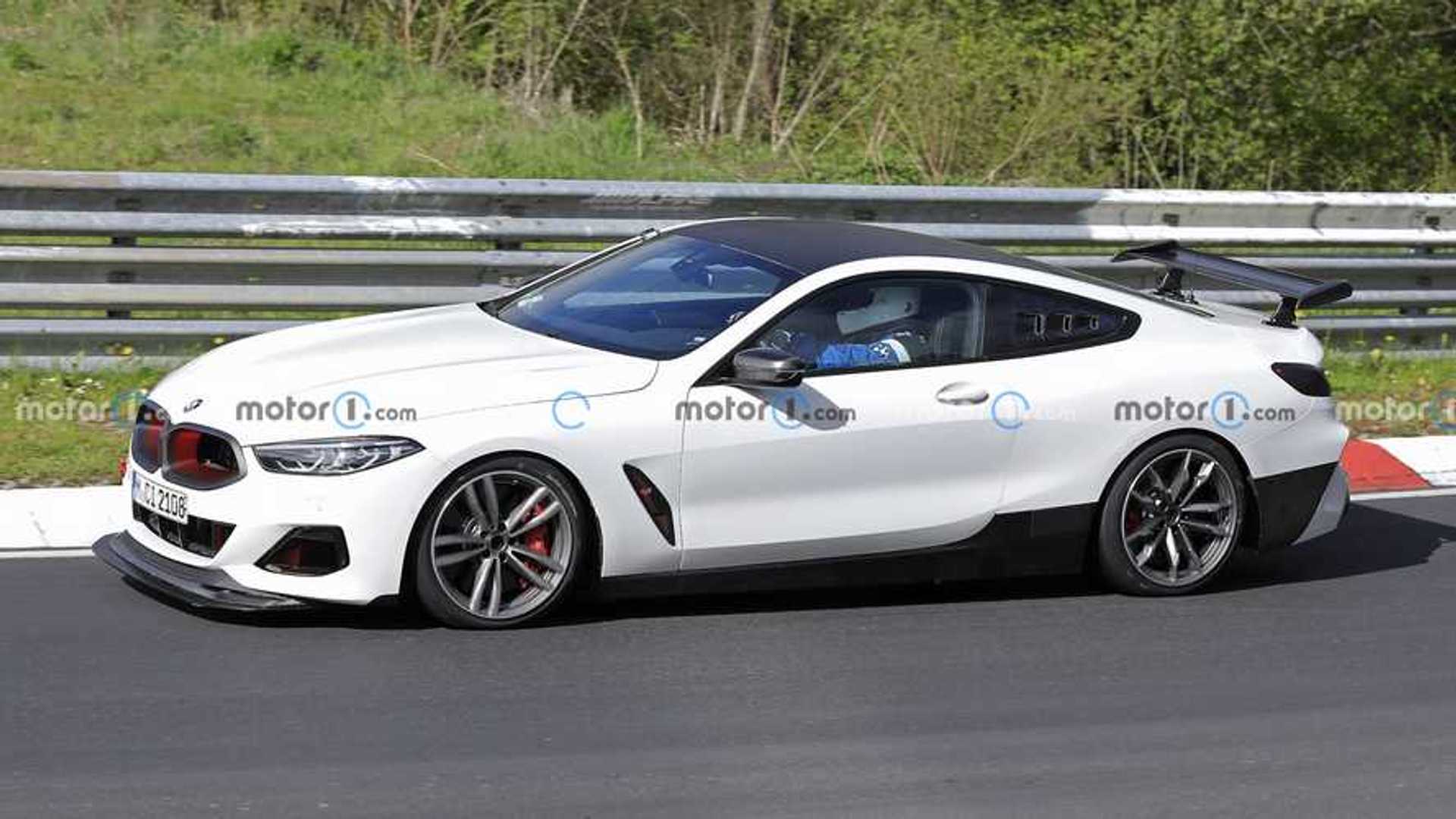 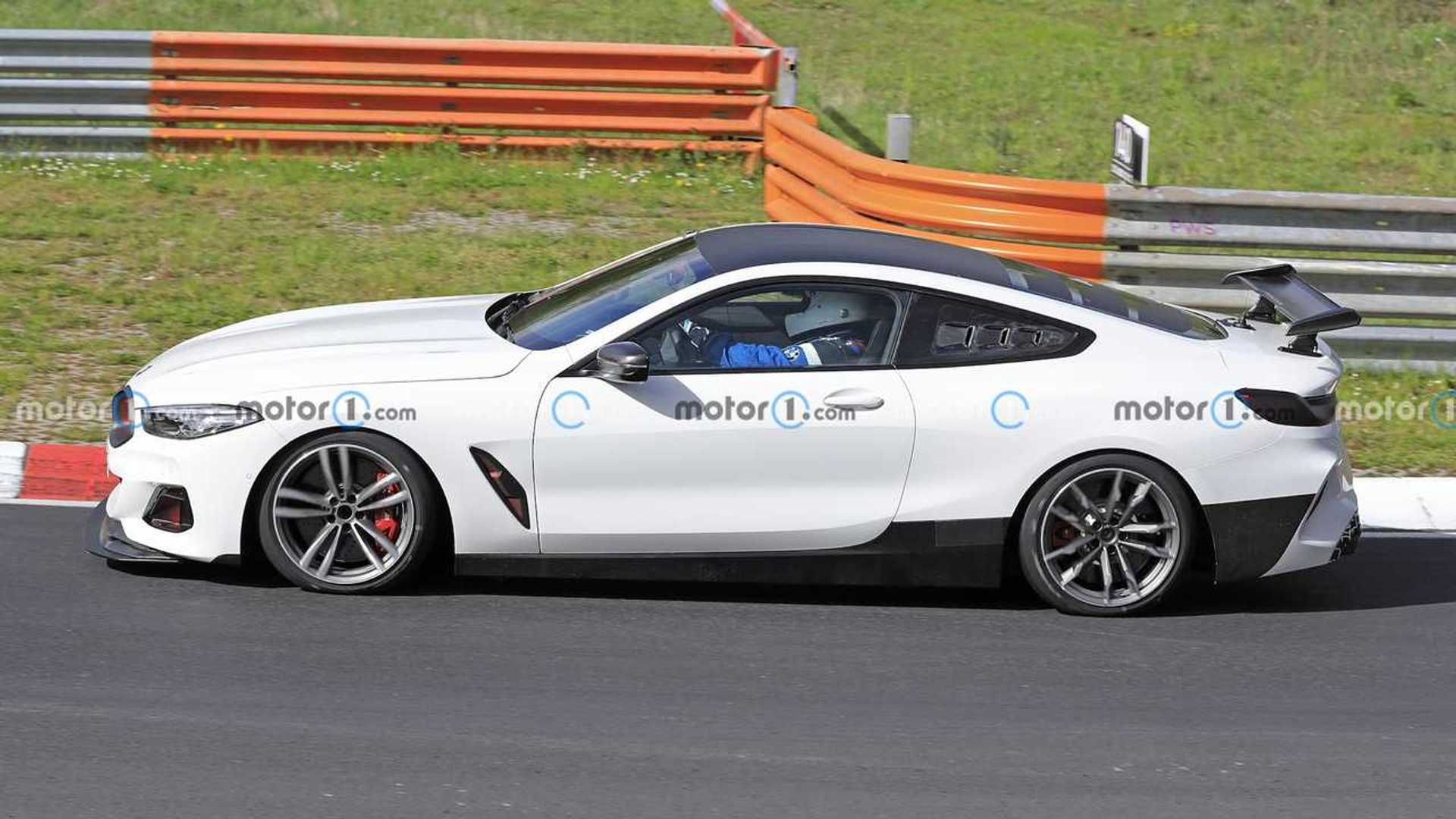 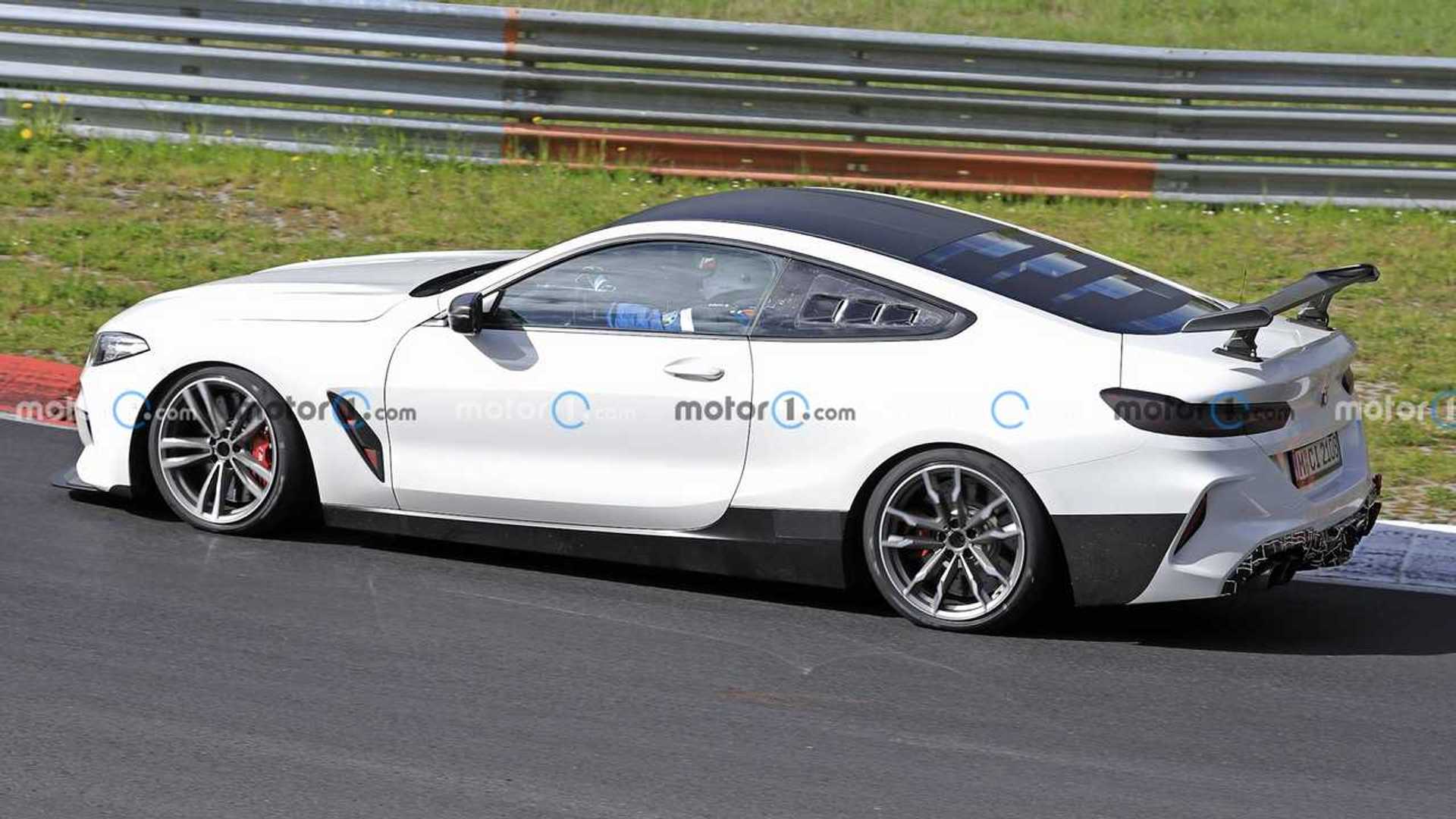 At the rear, there’s a massive rear wing that no amount of camouflage or cladding could hide. This is also the only bit of car that still wears camouflage, which covers the rear diffuser, though it doesn’t look wildly different from the one on the M8. The rear window still has its blade-like coverings, while the small side windows continue to sport their louvers. The taillights look darkened, too, with the entire car sitting low over the tires.

Specific details about the powertrain remain a mystery, though BMW’s twin-turbocharged 3.0-liter inline-six is expected to provide motivation. It’s allegedly equipped with two electric turbos capable of energy regeneration. Its output isn’t known, but it will eclipse the M8 Competition’s 625 horsepower (466 kilowatts). The BMW M8 CSL is set to launch next spring, which means an official debut could happen before the end of the year.