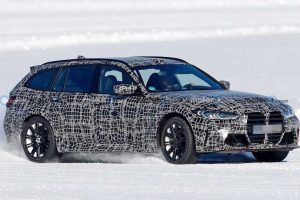 The long-roof M3 looks like it will be a lot of fun.

Just this past week we spent time in the new 2021 BMW M3 Competition and found the brand’s latest performance sedan to be fast and flingable, but not without its flaws. One thing that could potentially make the BMW M3 better, in our opinion, is the upcoming Touring model. Although we won’t get this particular spec in the US, the long-roof M3 sure looks good in these latest spy shots.

Photographers captured the BMW M3 Touring testing in snowy conditions, sporting most of the same basic design elements as the sedan. The vertical kidneys carry over – good news or bad news depending on how you feel – as does the aggressive front bumper, the LED headlight treatment, and the sleeker rear with the standard 3er’s taillights (which we’ve already seen some of).

Obviously, the elongated roof is the only visual differentiator between this model and the standard four-door. And like we mentioned, buyers in the US won’t be able to get their hands on one. BMW recently confirmed once again that it has no plans to bring the Touring model to America. But some hardcore wagon enthusiasts have started a petition in hopes that BMW will bring the model Stateside – which sort of worked for the Audi RS6 Avant – though it’s unlikely to happen here.

Rumor has it that the BMW M3 Touring will only be available in an all-wheel-drive configuration with an eight-speed automatic, unlike the standard M3 that gets rear-drive and a six-speed manual out of the box. Based on those rumored specs, it’s possible that the M3 Touring will be purely a Competition model, meaning it should have somewhere in the neighborhood of 503 horsepower (375 kilowatts). 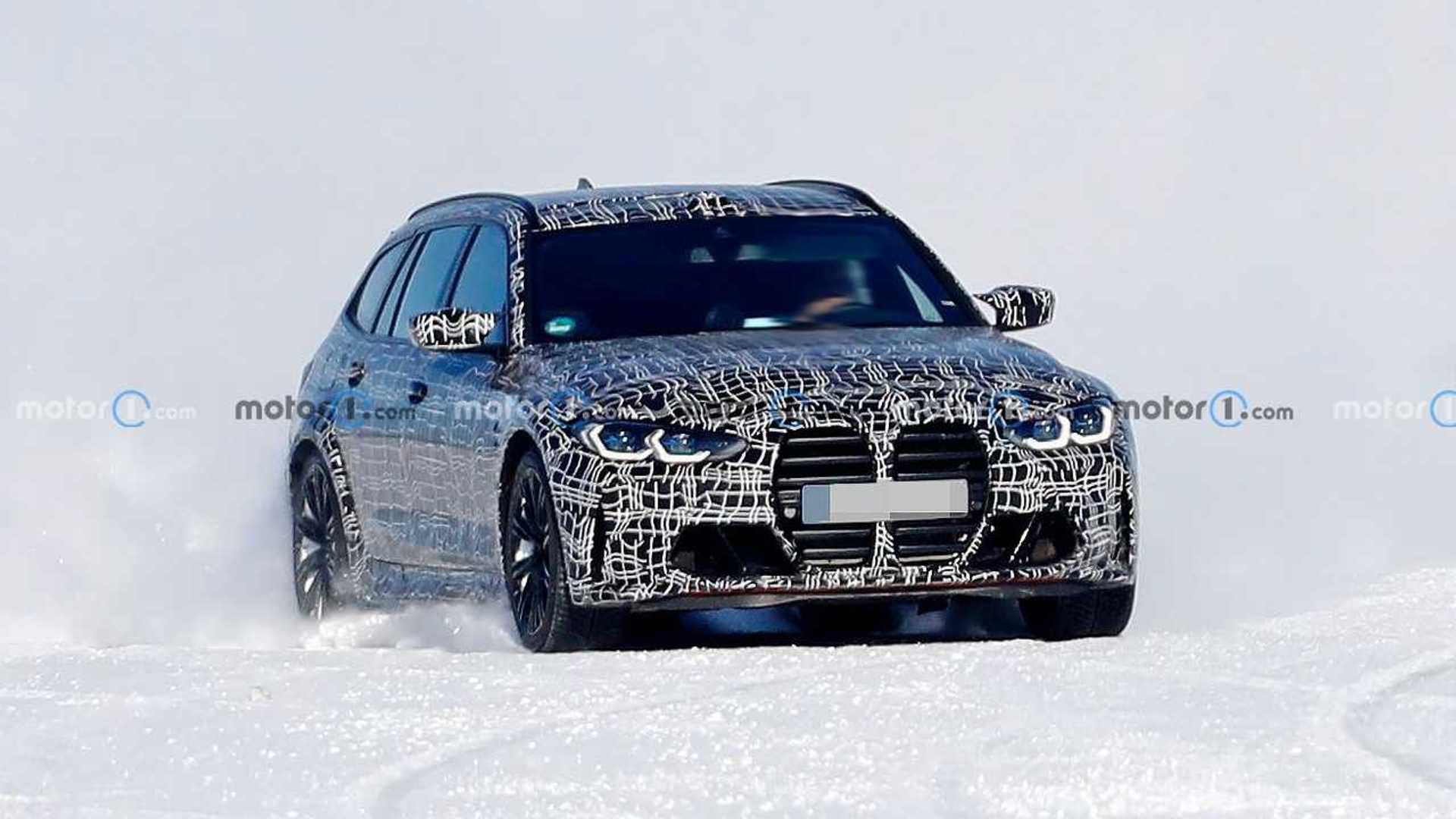 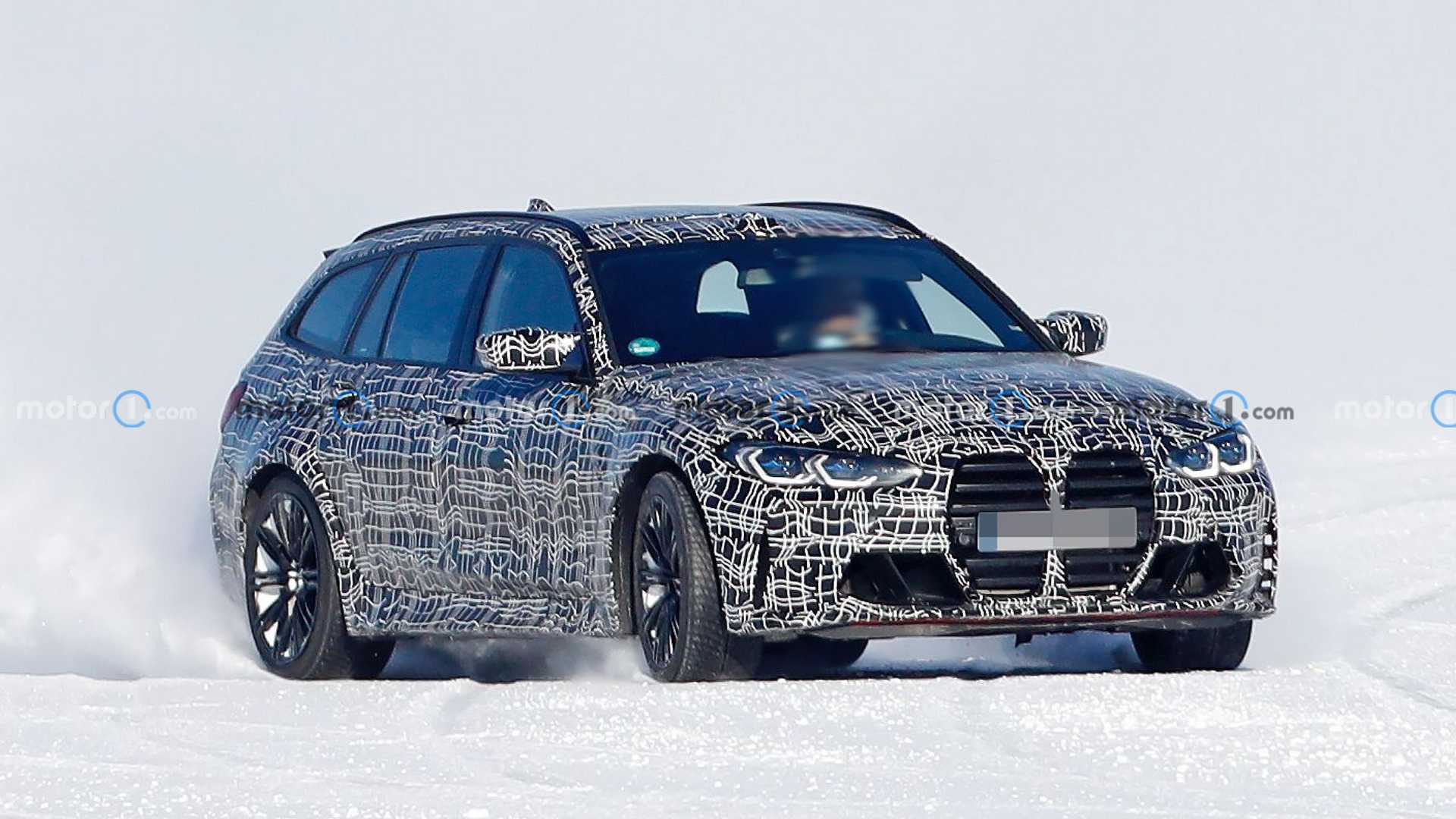 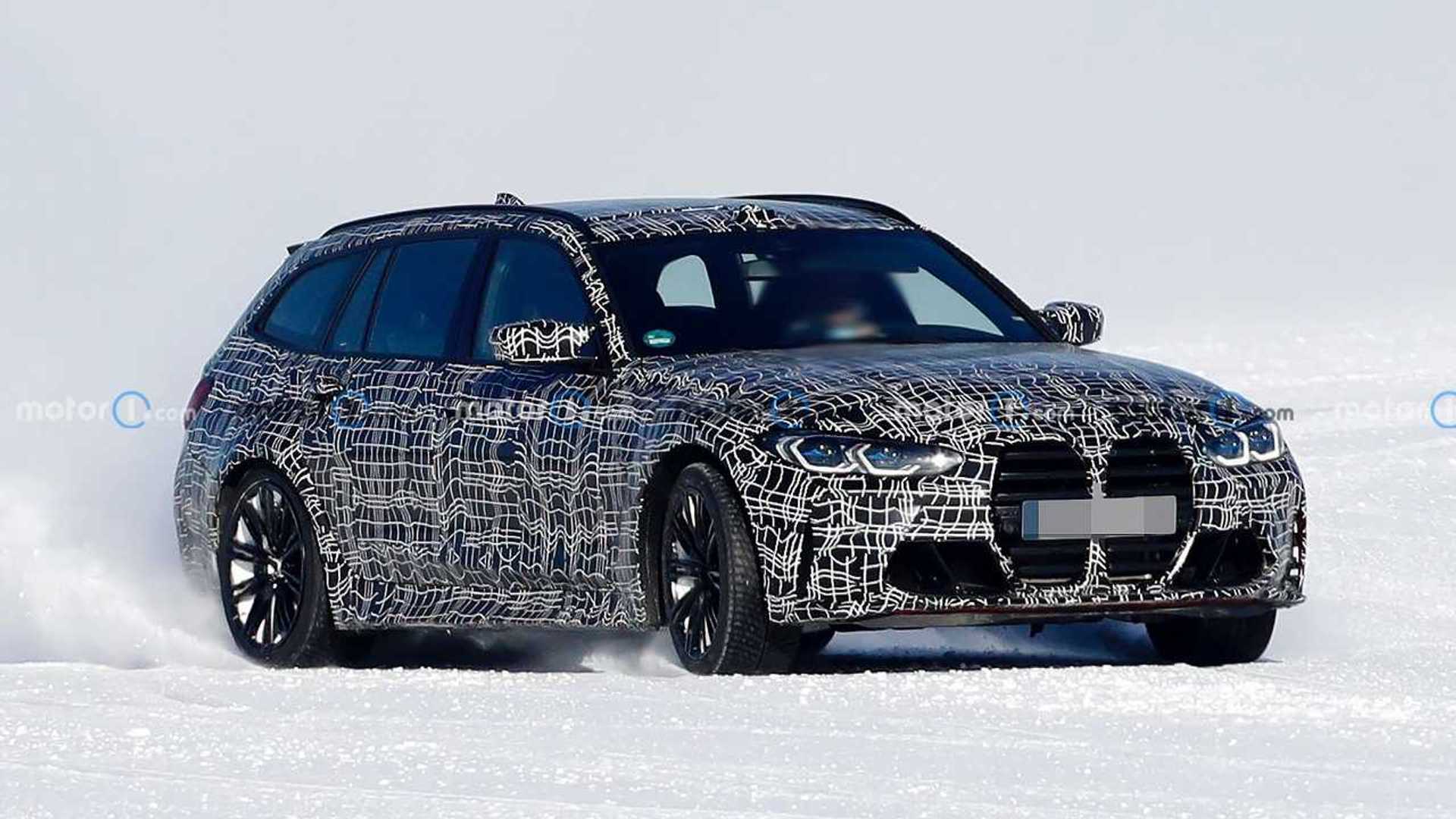 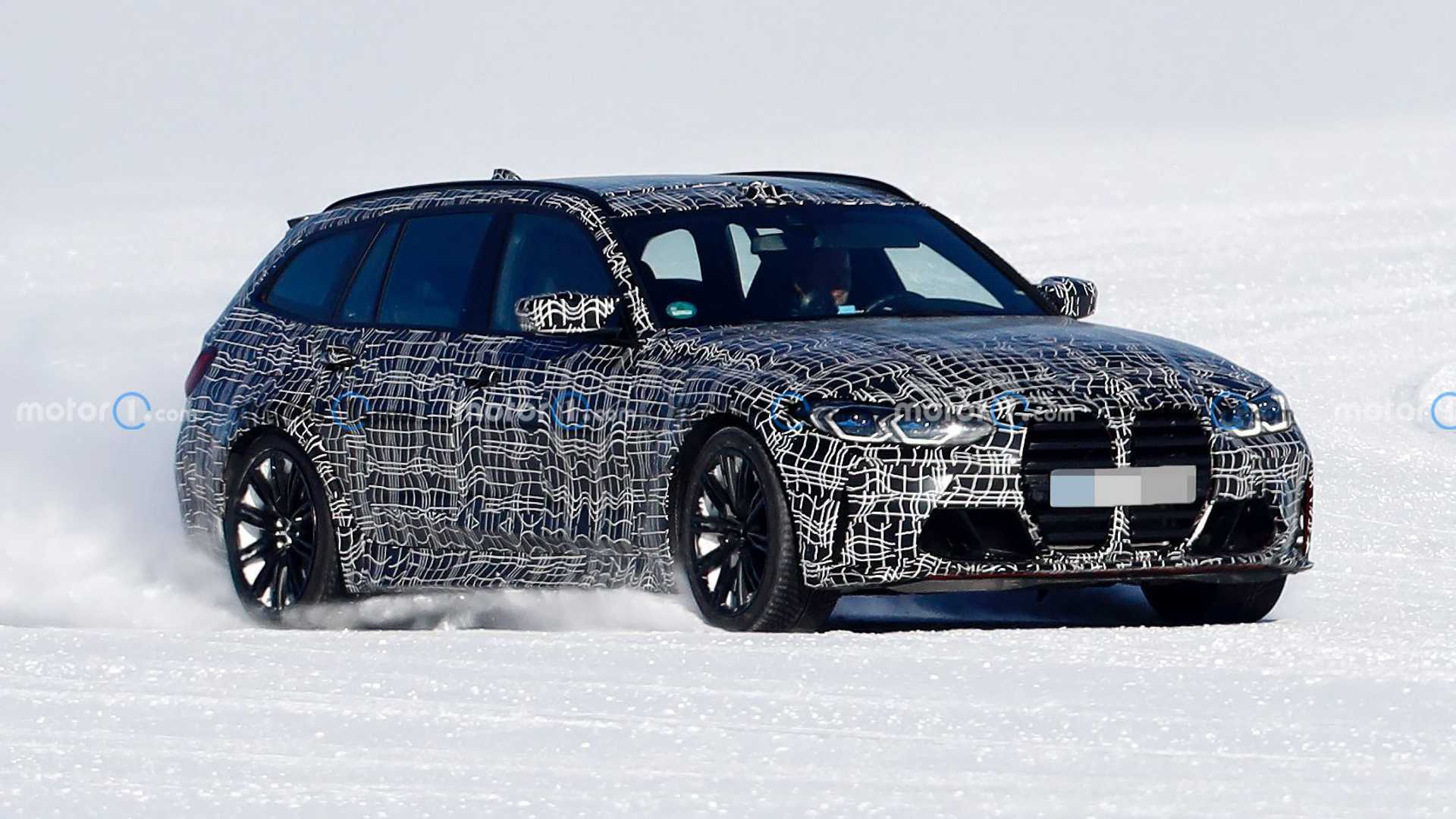 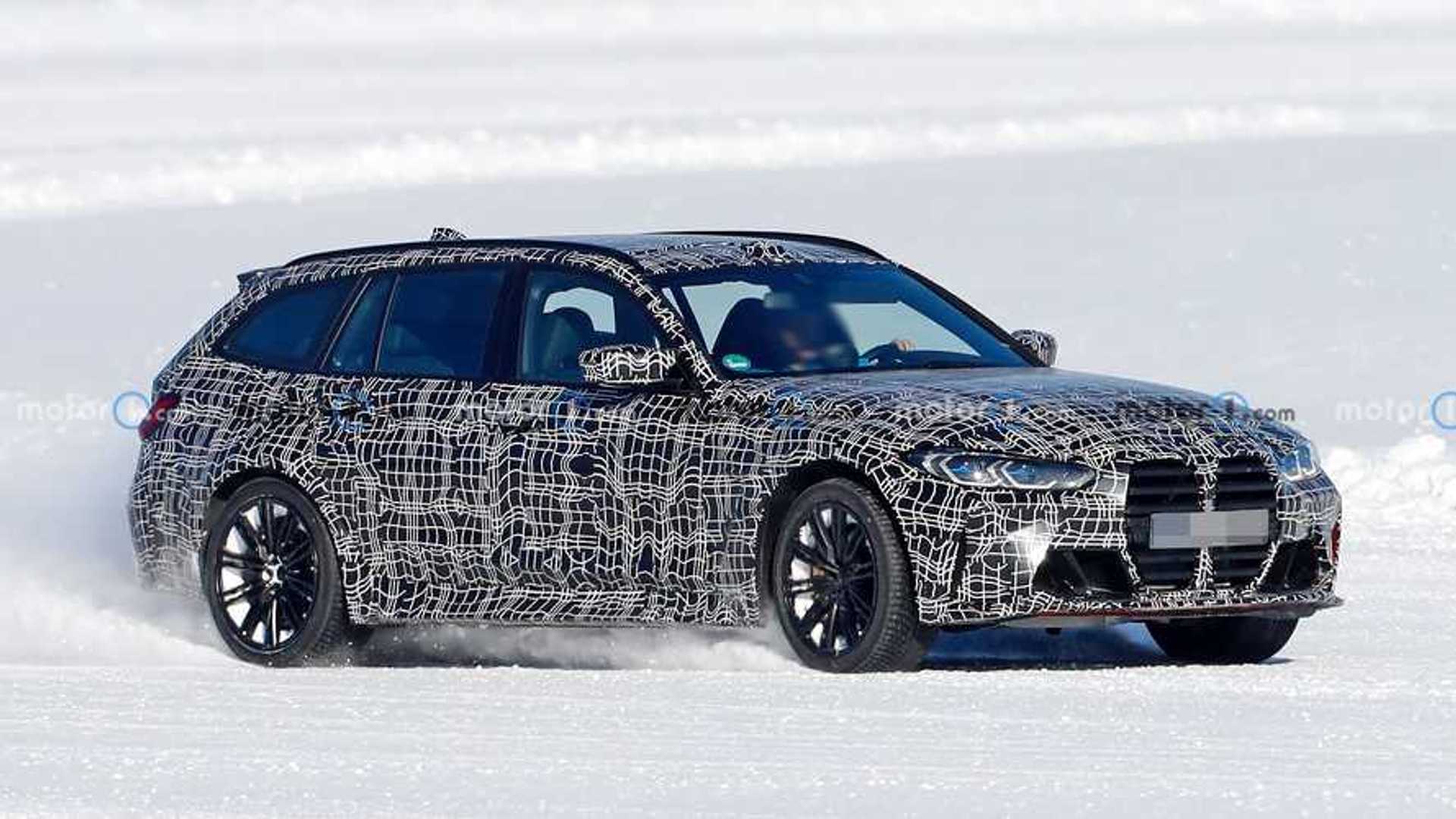 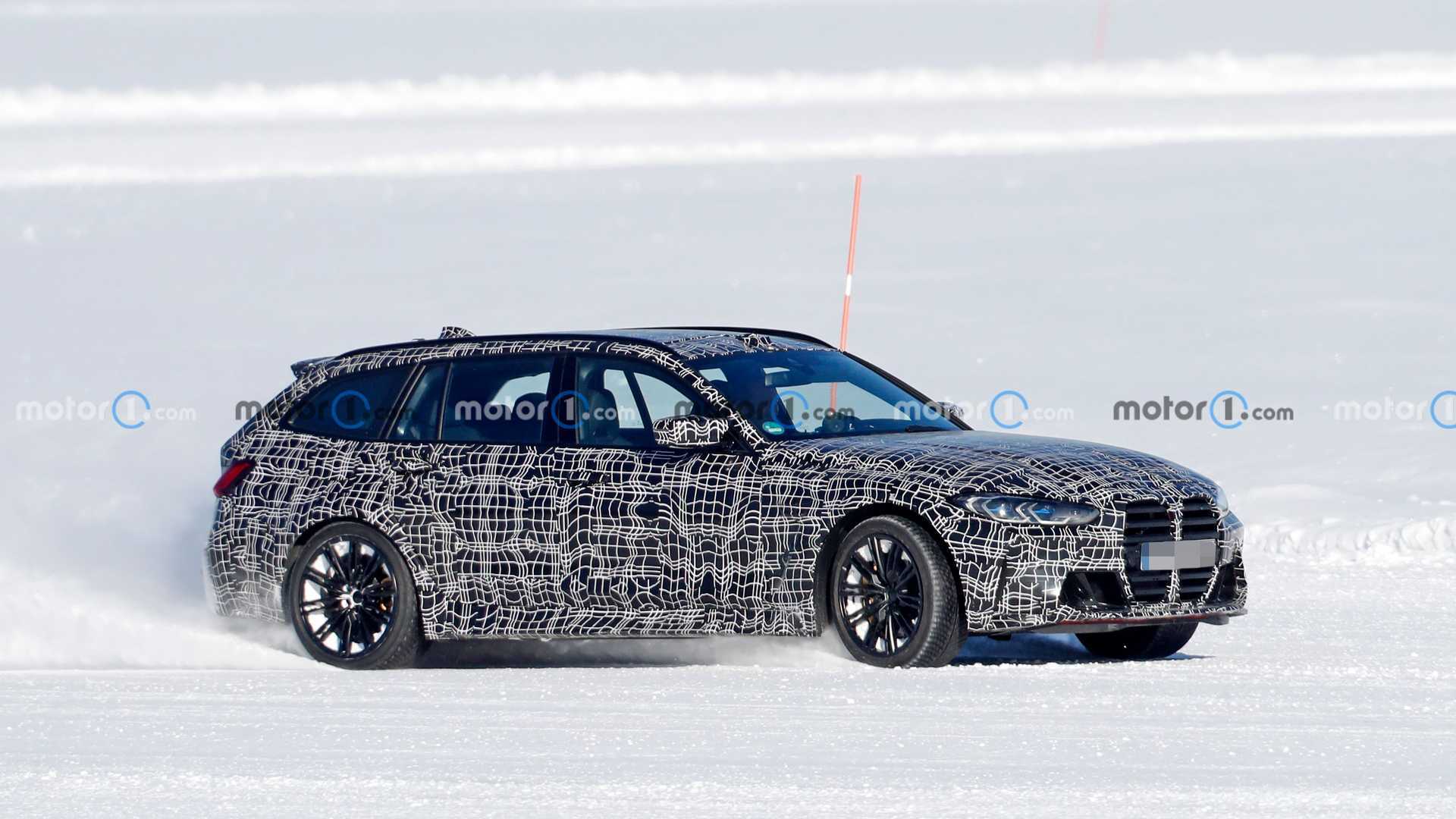 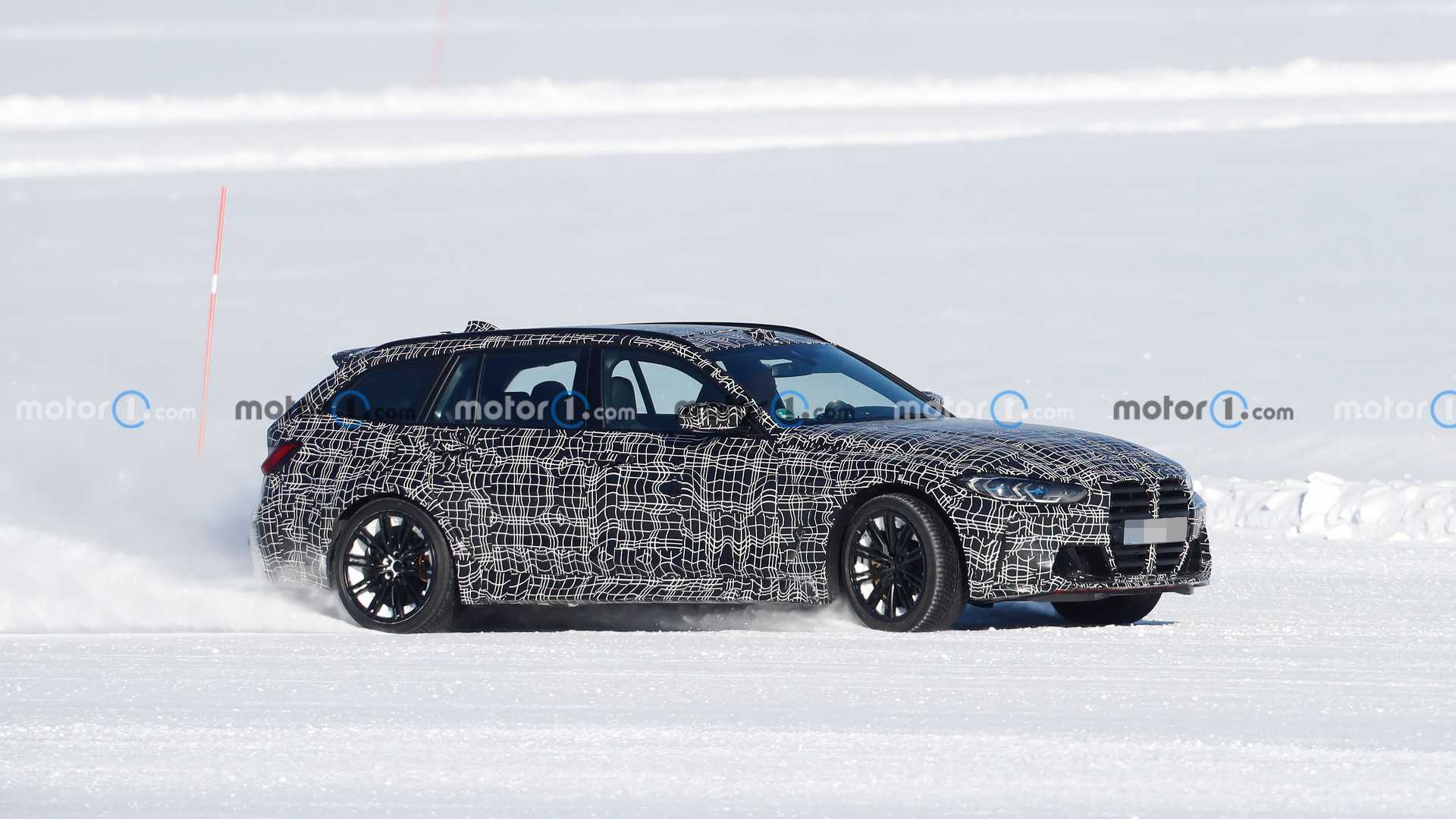 But that’s all we know about the BMW M3 Touring thus far. BMW will provide all the details when this car officially debuts in the next few months.