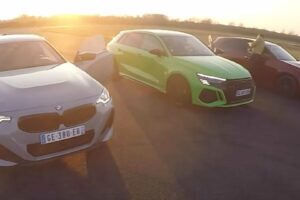 The new BMW M2 is scheduled to arrive this year but before that happens, the G42 M240i holds the fort as the top-spec 2er in the range. But how does it compare against its segment rivals such as the Audi RS3 and Mercedes-Benz AMG A45 S in a drag race?

Now, we’ve seen this matchup before, albeit the Merc there was the AMG CLA 45 S. However, the A45 S hatchback here is similarly powered, hence this drag race is kind of a rematch.

Back then, the BMW M240i stood its ground against the other Germans. Will this straight-line race have the same result this time around? 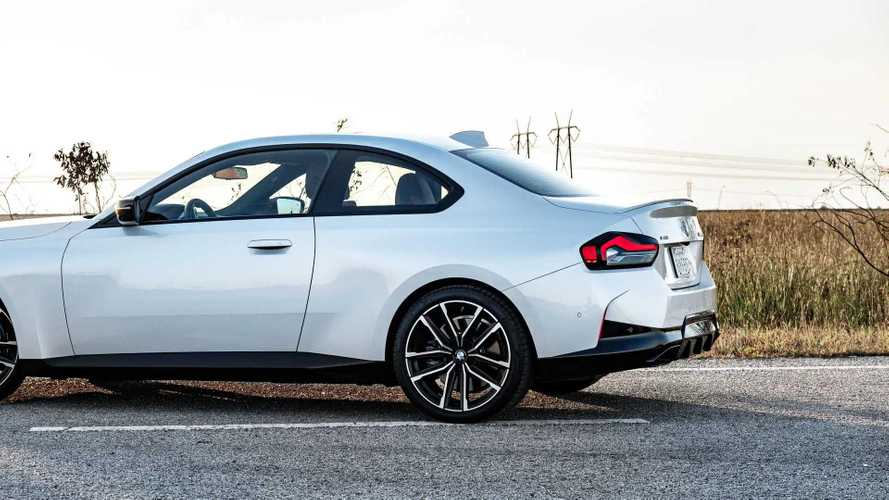 Before you watch the video, courtesy of Motorsport Magazine, let’s compare the numbers again. All three cars make a healthy 369 pound-feet (500 Newton-meters) of torque. The AMG A45 S stands as the most powerful of the bunch despite having the smallest engine, producing 415 horsepower (305 kilowatts).

With variations in driver skills, transmissions, and quickness to launch, the M240i again took the second spot in this matchup, just like before. The Audi RS3 was still the quickest, while the heaviest AMG A45 S trailed at third.

That said, the upcoming full-fat BMW M2, which should be the real contender here, is a promising model for the Bavarians. Reports say that it will have at least 400 hp, with another rumor saying that it will make up to 455 hp (336 kW) in non-Competition form.

Until now, there isn’t a definite date for the arrival of the BMW M2. However, the automaker has formally announced that it will be produced at its San Luis Potosí plant in Mexico, with production commencing by the end of 2022.