BMW iX Used As Canvas For Artists In Slovenia 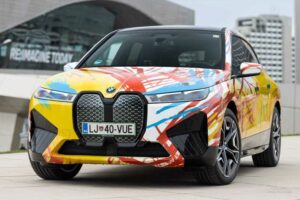 BMW has a long history of commissioning art cars, often based on important new models, as well as iconic classics. The latest one used the new iX electric SUV as a canvas and the result is not only striking to look at, but it also promotes themes of sustainable development, as well as the idea of blending art and mobility.

Unlike with previous art cars, though, BMW didn’t commission a single well known artist to come up with the design. Instead, it organized a competition called Re:design iX, and entrants were arts students from the country of Slovenia. The winner was a student from the Ljubljana Fine Arts and Design Academy, Urban Klinkon, who really made the iX pop with his design idea.

Urban used lots of bold and dynamic lines to not only accentuate some of the iX’s design features, but also to promote some concepts as well. Only three colors are used: yellow, blue and red, but they are used to great effect and with the bold hand-drawn design, they really transform the look of the iX. 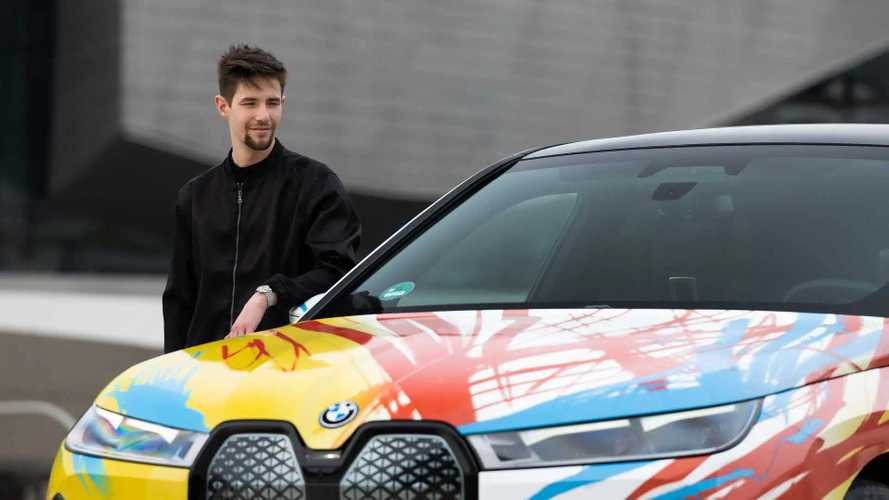 As with all BMW art cars, this one will be paraded around events and showrooms around Europe, before probably finding its way into the BMW museum, or on display in a prominent place somewhere – maybe the most important BMW showroom in a certain country; in this case, it could stay in Slovenia after it tours Europe; over the next few days it will be driving around the streets of the Slovenian capital, Ljubljana.

Domagoj Dukec, BMW’s design director, was among the judges that picked out the best design, and he said that the

BMW iX perfectly blends art and technology. We posted a demanding task to these young artists, that of sharing their interpretations on the interaction of these two topics. The projects we saw not only underline the strong character of the BMW iX, but they were also convincing in their unique creativity.